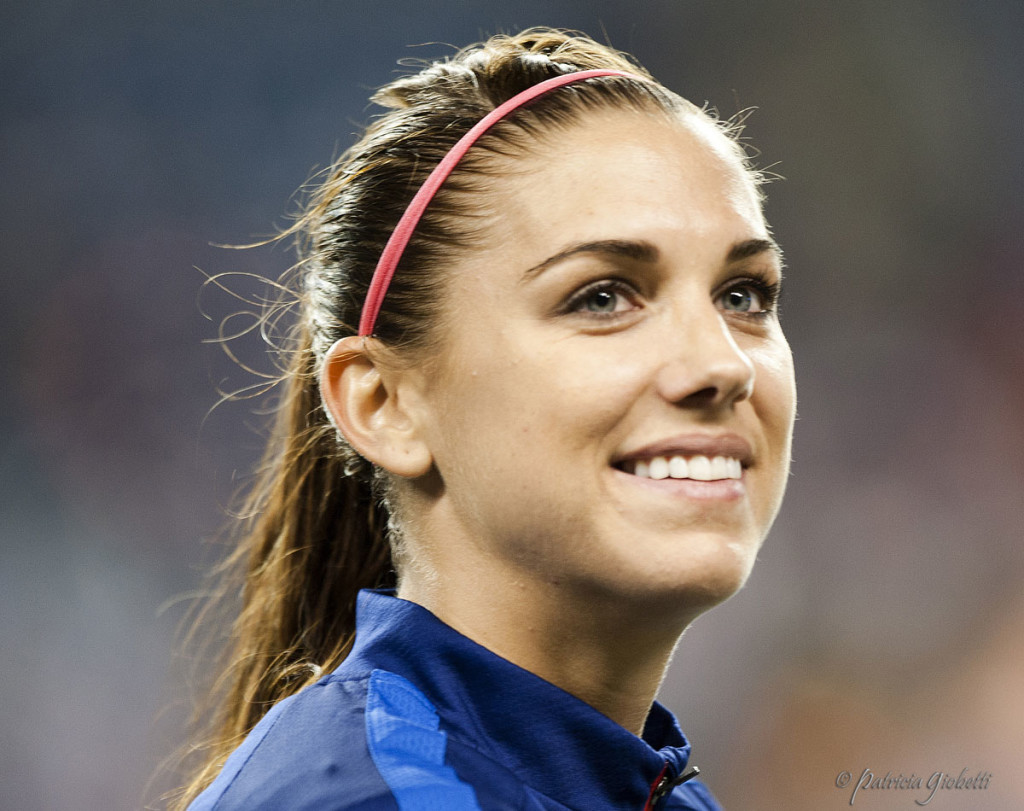 Alex Morgan says playing conditions on the USWNT’s victory tour have been unacceptable. (Photo Copyright Patricia Giobetti for The Equalizer)

Thought the debate over artificial turf was over with conclusion of the 2015 Women’s World Cup? Think again. It has widened to inferior surfaces in general, with turf just serving as the main source of ire.

Apparently, the turf at Aloha Stadium in Honolulu, Hawaii — where the U.S. women’s national team will play Trinidad and Tobago on Sunday — is so bad that U.S. forward Alex Morgan and coach Jill Ellis went public with how unhappy they are with it. And they aren’t just unhappy with the turf at Aloha Stadium — there’s a bigger issue of the U.S. women playing on inferior surfaces on this victory tour.

“I think the training grounds that we were given and the playing surface of the stadium were horrible,” Morgan told Fox Sports in Honolulu. “I think it’s hard because no one’s really going to protect us but ourselves. So we’re put in a very hard position because obviously we want to play in front of these fans and we want to train before the game but injuries happen when you don’t protect yourself and when you’re not protected from those higher up from you.”

She continued: “I think the team needs to be a little more vocal … about whether this is good for our bodies and whether we should be playing on it if the men wouldn’t be playing on it. We’ve been told by U.S. Soccer that the field’s condition and the size of the field are the first two talking points of when they decide on a field, so I’m not sure why eight or nine of our 10 victory tour games are on turf whereas the men haven’t played on turf this year. There have been zero games, so that’s a concern of mine.”

Sunday will be the United States women’s national team’s seventh match in a 10-game World Cup victory tour. Eight of those 10 matches have been played on or will be played on artificial turf, an ironic twist given that the U.S. women led the charge against FIFA over the past 18 months to not play the 2015 Women’s World Cup — or any World Cup — on grass.

But Morgan’s comments suggest that players didn’t have much say in victory tour venues. And they very clearly indicate that players need to better protect themselves, which will be a big topic when it comes to a collective bargaining agreement.

This all comes a day after U.S. midfielder Megan Rapinoe tore her ACL in practice in Hawaii, putting her Olympics in jeopardy. Rapinoe’s injury occurred on a grass practice field, but Ellis suggested that the injury could have occurred from Rapinoe stepping on a plastic plate surrounding the field.

Some stadiums on the victory tour have been noticeably substandard. The scrubbed football turf looked particularly bad at Ford Field in Detroit, and the presentation of the compact field in Chattanooga was even more abysmal than the stormy weather that night.

And next up for the U.S. after Hawaii? The Alamodome in San Antonio, an infamous indoor turf on which Australia’s Kyah Simon tore her ACL in October 2013 while playing the U.S. The Alamodome turf is also where Morgan initially injured her ankle, an ailment which developed into a stress reaction and kept her out almost seven months, into June 2014.

It sounds like Sunday will be another case of poor facilities selection from U.S. Soccer, with reports of narrow, buckled turf at Aloha Stadium. A typically reserved Ellis also had some choice words for her employers.

“For me, what I hope for, is that we play on regulation fields in terms of size and quality,” she said, “That’s my expectation from U.S. Soccer. You’d have to ask them their process because I don’t really understand the process. My hope is that quality of surface is at the top of the list for the quality of players that we have.”

This victory tour is about striking a balance between celebration and Olympic preparation — the Rio Games are only eight months away. Ellis discussed that balance and how she would split the mindset of these games up.

But the balance wasn’t struck in venue selection or, arguably, opponent selection, with the only really tough opponent being a pair of games against Brazil in October (the U.S. was supposed to play Australia, ranked No. 9 in the world, twice in September before the Matildas bailed on the matches as part of a labor dispute). And the venues have leaned too heavily toward maximizing ticket sales and media placement (Sunday’s game is part of a brand-wide initiative from Fox surrounding Pearl Harbor Remembrance Day, which is why the game is in Hawaii).

From a business perspective, U.S. Soccer can’t be faulted for trying to get this team, still in a relatively niche sector of sport, to dig its heels into the mainstream’s eyeballs. That’s part of why this March 2016 tournament in the U.S. is going to happen. But for the players, it seems clear that the balance of this tour swayed a little too much toward a Harlem Globetrotters kind of feel, putting entertainment above competition.