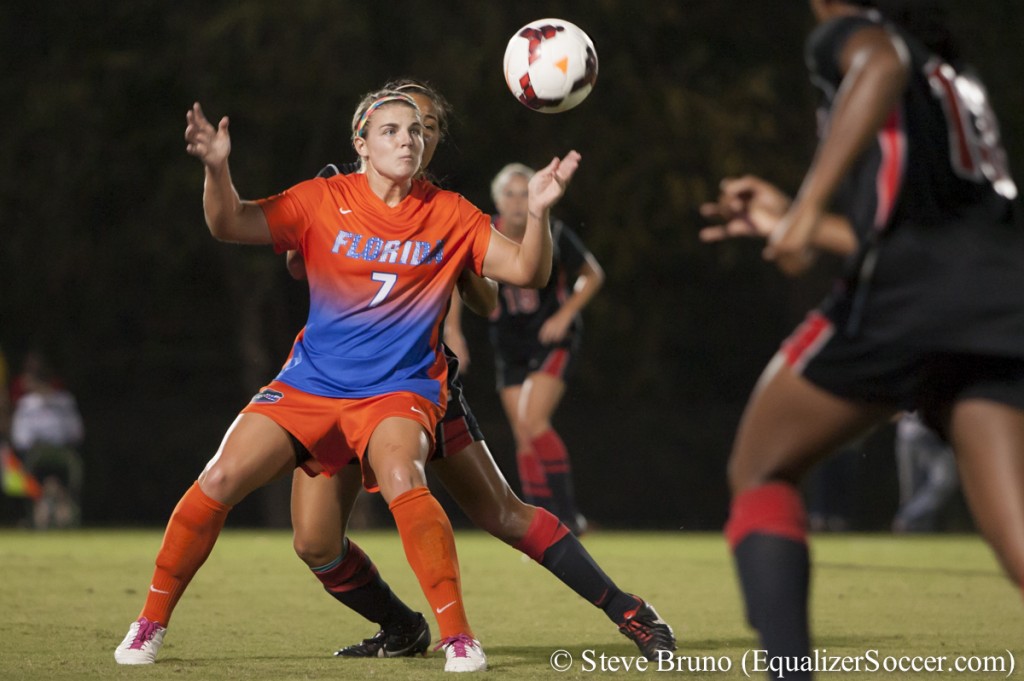 Florida’s Savannah Jordan is an All-American for third straight year. (Copyright: Steve Bruno for The Equalizer)

West Virginia and Florida led the way as the only schools to place two players on the NSCAA first-team All-American list, which was announced on Friday ahead of the College Cup.

Florida junior Savannah Jordan was named an All-American for the third time in as many seasons; she is joined by teammate Christen Westphal.

Senior defender Emily Sonnett of Virginia — who recently earned her first cap for the U.S. and is a leading candidate to be the No. 1 pick in the 2016 NWSL Draft — earned All-America honors for the second straight year.

The All-American lists are as follows:

Mexico rallies to shock, draw US in U-20 qualifying
Change in training, philosophy paying off for Duke