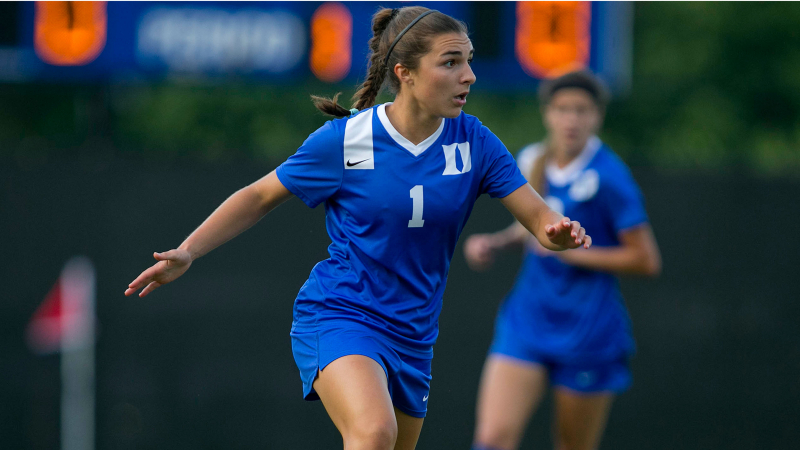 Kayla McCoy opened the scoring for Duke in the 32nd minute, ending Florida State’s record NCAA tournament shutout streak at 932 minute, which is over 10 games. Florida State hadn’t given up a goal all tournament or in last year’s tournament, when the Seminoles won the title for the first time.

Toni Payne gave Florida State’s defense fits all night with her speed, and she was finally rewarded with one second left on the clock when she beat FSU goalkeeper Cassie Miller one-v-one on a counterattack after Florida State sent everyone forward in search of an equalizer.

Payne set up McCoy’s opening goal after beating three defenders. Payne also hit the crossbar on a hard shot in the 52nd minute.

Duke has twice been to the NCAA championship game, losing in 1992 to North Carolina and in 2011 to Stanford, who the Blue Devils beat in the Elite Eight. Duke failed to qualify for the NCAA tournament last season.

Duke and Penn State played to a scoreless draw early in the season, on August 28 in State College, Pa.