Change in training, philosophy paying off for Duke 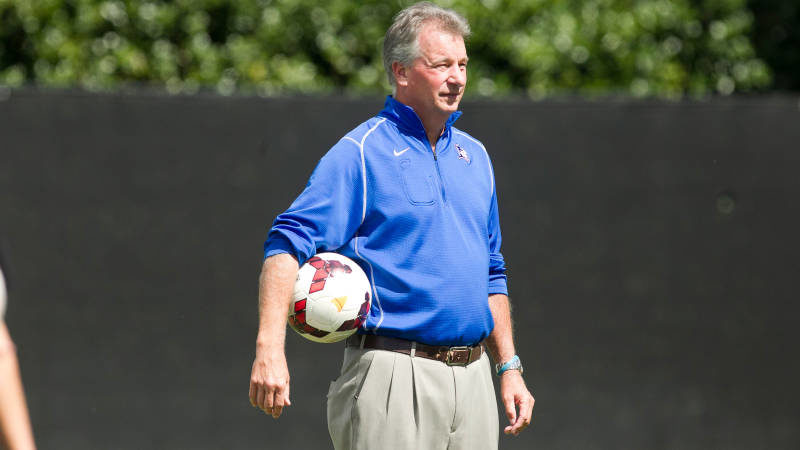 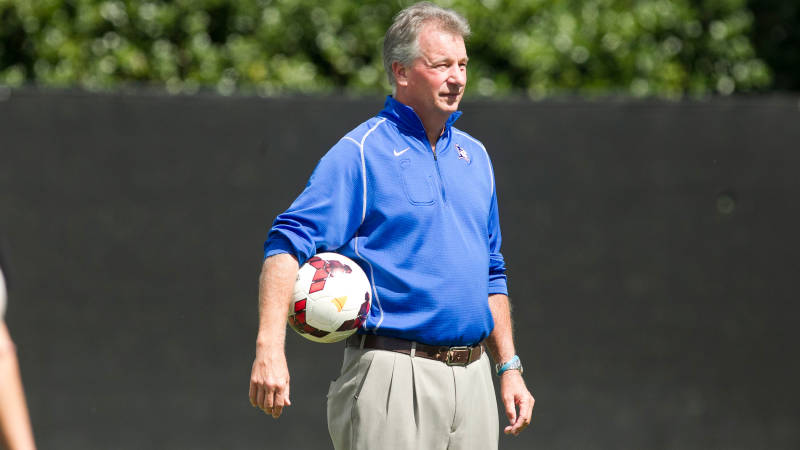 CARY, N.C. — Duke University is a mere 23 miles from WakeMed Soccer Park, where this year’s College Cup semifinals and final are being held, but none of the final four teams has come as far as the Blue Devils have in the past year to get to here.

A year ago, Duke’s season couldn’t have been much different. A loss to Florida State in the last game of the regular season eliminated the Blue Devils from consideration for the NCAA tournament, marking the first time in over a decade that the program failed to make the 64-team field.

After last year’s disappointing season, it was clear that changes needed to be made in Durham. Change is evitably in soccer as it is elsewhere. Soccer, as often often the case in other aspects of life, requires continual evolution and change to stay competitive. Even the best teams have to continually incorporate new ideas and concepts. How well a team is able to do that often makes or breaks seasons and ultimately programs.

[GORDON: Five things to know about the 2015 College Cup]

In Duke’s case, both the players and their head coach had to figure out what was amiss so that the program could get back to competitive ways. Duke head coach Robbie Church admitted he looked at everything to decide what changes the team needed to make.

“Obviously when you have a season like we had, it snapped a streak of 12 straight years of going to the NCAA tournament, as a coach you evaluate,” Church explained Thursday. “You evaluate everything in your program… We did very well the way we had played, but that had kind of run its course and so we needed to go in another direction.”

The team made changes everywhere, but one of the critical changes that was made was to the team’s training. Church decided to revamp the training to keep players “fresher” for the demanding college soccer season.

The decision to change the way the team trained made an immediate impact. Church noticed during the notoriously difficult preseason part of the college soccer calendar, his players were more productive and were suffering less injuries — an issue that had plagued the team the last couple of seasons.

His decision to revamp the program got a boost from the two new additions to the staff, Erwin Van Bennekom and Brandon Gwin following the departure of long time assistant Billy Lesesne, who is now the head coach of Georgia. These new pieces allowed Duke to be exposed to new ideas, which was key. Church credited both assistants with having a major impact on the program this season and noted how successful Gwin had been in working with goalkeeper EJ Proctor.

From the players’ perspective, they concluded that the the team’s culture need to change.

“As a team we came together and decided what did we want our values and goals to be,” junior tri-captain Christina Gibbons said. “After deciding that, it really let us grow as a team, become closer, and trust one another. Even off the field, we became a lot closer and I think that’s really contributed a lot to our success.”

[GORDON: Is this finally the year Penn State will win it all?]

Ultimately, the players’ decision to change the culture may have saved the team’s season. The results Duke got in the early portion of the ACC schedule weren’t good. Aside from the final game of that stretch against Virginia Tech, Duke had played good competitive soccer, but the Blue Devils hadn’t been rewarded with points. Through four games in conference play, the team went 0-2-2.

That fourth ACC game against Virginia Tech proved to be a real turning point in the season. The Hokies dominated the Blue Devils in a 4-2 victory. Church admitted that his team was “completely embarrassed” in the match. To put things in perspective, that one game accounted for more than 25 percent of the goals Duke has allowed all season.

For teams with a negative or less-than-ideal culture, that loss to Virginia Tech would have likely signaled the start of a downward spiral leading to a disappointing season. The Blue Devils, however, used the game as a learning experience. Since that contest against the Hokies, the Blue Devils have allowed only four goals in 10 games, with no team scoring more than once against them.

Throughout the season, the team has continued learning how to face different challenges opposing sides may present, but they have also learned about themselves. That continued growth helped Duke knocked out two of best programs in college soccer — Florida and No. 1 seed Stanford — to make to the final weekend.

No matter how this weekend turns out for the Blue Devils, this season will be remembered as one of the most successful seasons in program history, perhaps the most given the journey the program has traveled to get here.

The future certainly looks bright for Duke, as the team has only two seniors and will return 10 starts next season. Although continual growth is desirable, perhaps the team will make a more lineal trip to the WakeMed Soccer Park next year to play in the ACC Championship tournament.