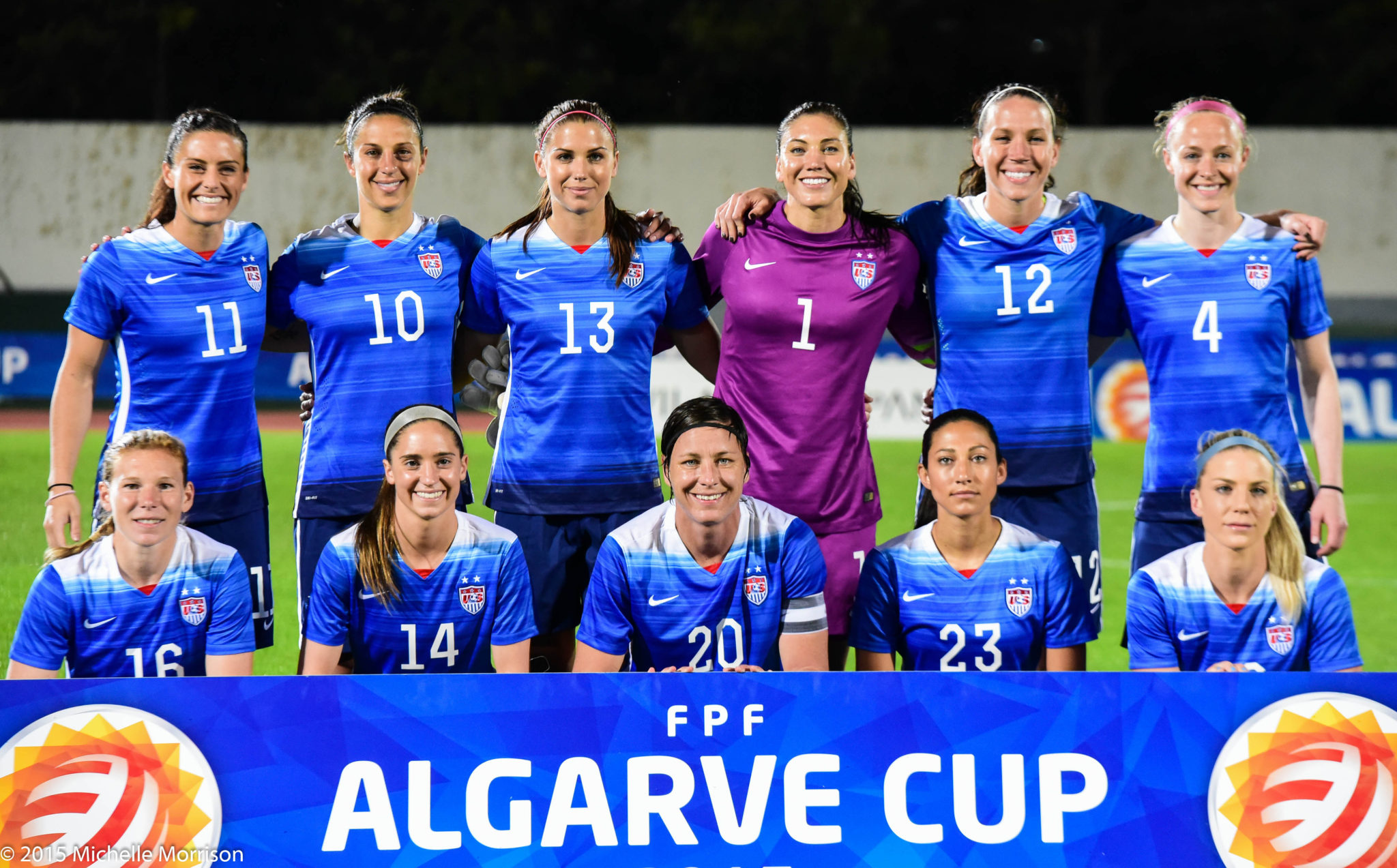 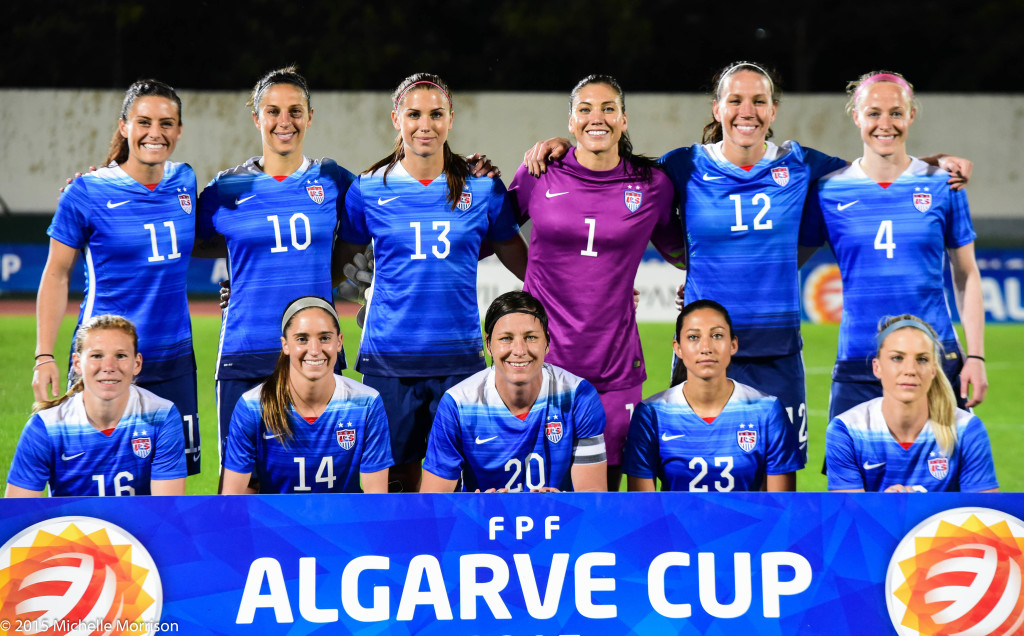 The U.S. women will not defend their Algarve Cup title in 2016. (Photo Copyright Michelle Morrison)

Ten-time defending champions and current Algarve Cup holders USA will not participate in the competition in 2016.

The Algarve Cup, an annual friendly tournament hosted in the southernmost region of Portugal by the country’s soccer federation, will feature just eight teams in 2016, it was announced Thursday. The absences of many of the world’s best teams is in part due to qualification for the 2016 Rio Olympics.

Belgium, Brazil, Canada, Denmark, Iceland, New Zealand, Portugal and Russia will be the eight teams taking part in the 2016 Algarve Cup from March 2-9.

Belgium and New Zealand are first-time participants. Brazil is back after debuting in 2015. The Algarve Cup has featured 12 teams every year since 2002.

But the reigning World Cup champions USA are noticeably absent. They will miss the tournament for just the third time since its inception in 1994 and for the first time since 1997. The U.S. has won the Algarve Cup a record 10 times, including last year, beating France in the final. That came after a record-worst seventh-place finish in 2014.

[MORE: USWNT to open 2016 slate against Ireland in San Diego]

CONCACAF Olympic qualifying takes place from Feb. 10-21 in Texas. The U.S. is the three-time defending Olympic gold-medal winning team and is expected to qualify easily for the Rio Games. Rio qualification for the U.S. and the NWSL preseason beginning in March — plus the absence of several top teams — U.S. Soccer presumably saw the tournament as fixture congestion in this Olympic year. A U.S. Soccer spokesman had no comment on the Algarve Cup when reached by The Equalizer.

Coinciding with the exact March 2-9 dates as the Algarve Cup is the UEFA playoff for the final European berth to the 2016 Olympics. The Netherlands, Norway, Sweden and Switzerland will play a round-robin tournament in the Netherlands. UEFA uses the Women’s World Cup as its qualifying tournament for the Olympics, with the top three finishers from the confederation advancing to the Olympics. England, France and Germany were the three best European teams at the 2015 Women’s World Cup, but England will not play at the Olympics because the respective FAs do not recognize Great Britain as a soccer team (with the exception of 2012, when London hosted the Olympics). Great Britain competes as a single nation in other sports at the Olympics. So, with the Netherlands, Norway, Sweden and Switzerland all exiting the 2015 World Cup in the Round of 16, a playoff was installed.

Asia’s qualification tournament for the Rio 2016 Olympics will also stretch into March.

Given the absences, the Cyprus Cup — another annual tournament also traditionally held in early March — is likely to be thin for competition, but the tournament’s website indicates that a 2016 edition will take place, with the same March 2-9 timeline.

USWNT to open 2016 slate vs. Ireland in San Diego
Mexico rallies to shock, draw US in U-20 qualifying