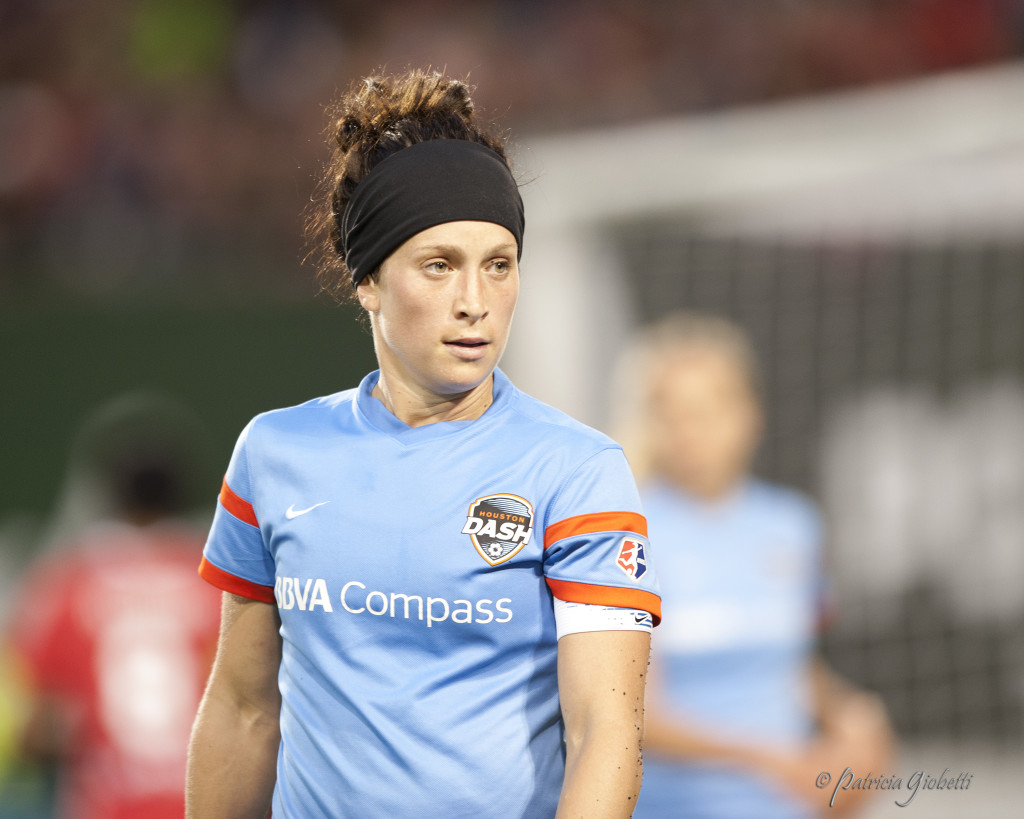 Masar recently parted ways with the Houston Dash after two seasons with the NWSL team. The Dash, at request of Masar looking to explore her options, waived the NWSL veteran.

Masar told the website Keeper Notes that at 30 years old, she wanted to be close to her wife, Canadian goalkeeper Erin McLeod. McLeod also played for Houston the past two seasons but is seeking an opportunity to play in the UEFA Champions League and is also transferring to Europe.

“Going into the off-season, you know it’s my wife’s dream to play in Champions League,” Masar said of McLeod. “So, I was completely content, to be honest with you, after the season of, okay if my wife is going to play in Champions League then it wasn’t necessarily worth it to me, at 30 years old almost to be away from her for that amount of time. And that was her dream to go over and play.”

McLeod recently told the Vancouver Sun that she and Masar will be playing together in Sweden. “We’re actually headed over to Sweden together,” McLeod told the Sun. McLeod has not yet officially confirmed for which club she will play.

“In Ella, we get a player that can play many positions,” FC Rosengård sporting director Therese Sjögran said in a statement. “A very physical player who…plays with a lot of energy and is also a natural leader on the pitch. Comes from Houston Dash and has also played some caps for the United States. A very good attraction and she will bring much with his attitude.”

Masar previously played in Europe and in the UEFA Champions League with PSG during the 2011-12 season, scoring six goals in 17 games.

Masar also made an interesting point to Keeper Notes about the financial implications. Salaries vary greatly in Europe, but for the right player at the right club — and the champions of Sweden certainly fit the mold as one of the right places — salaries are better in Europe than they are in the National Women’s Soccer League. That isn’t always true, but in this case it seems to be.

Masar scored two goals in 19 games for Houston this season, splitting time as a fullback and a forward while often wearing the captain’s armband. Masar tallied three goals and an assist in 18 games in 2014, scoring the first home goal in Houston Dash history.