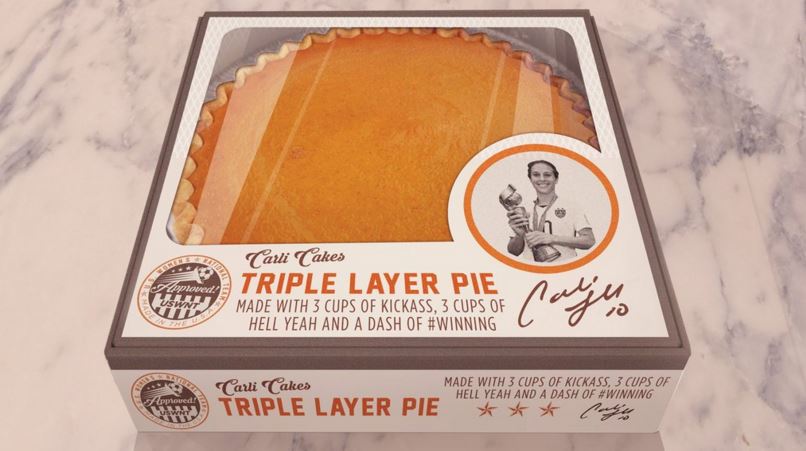 Firstly, Happy Thanksgiving to all! We (well, the great Dan Lauletta) wrote on Wednesday about what and who we are thankful for in the National Women’s Soccer League.

But this — THIS! — is pretty cool. We’re not even entirely sure that it’s real, but don’t tell us if it isn’t. Below is a look at “Carli Cakes”, a three-layer pie “made with 3 cups of kickass, 3 cups of hell yea and a dash of #winning.” Clearly, it’s a play off Carli Lloyd’s hat trick in the World Cup final.

Patti Pies, made by 71-year-old R&B star Patti LaBelle, have been selling like hot cakes (pun fully intended) exclusively at Walmart, and they are so popular that they are reportedly selling for $50 on the second-hand online market.

So on this Thanksgiving…well, we just think this is pretty cool, real or not:

Shout out to #PattiPies for the Thanksgiving inspiration. #nomnomnom #USWNT pic.twitter.com/nXNtVUOR46