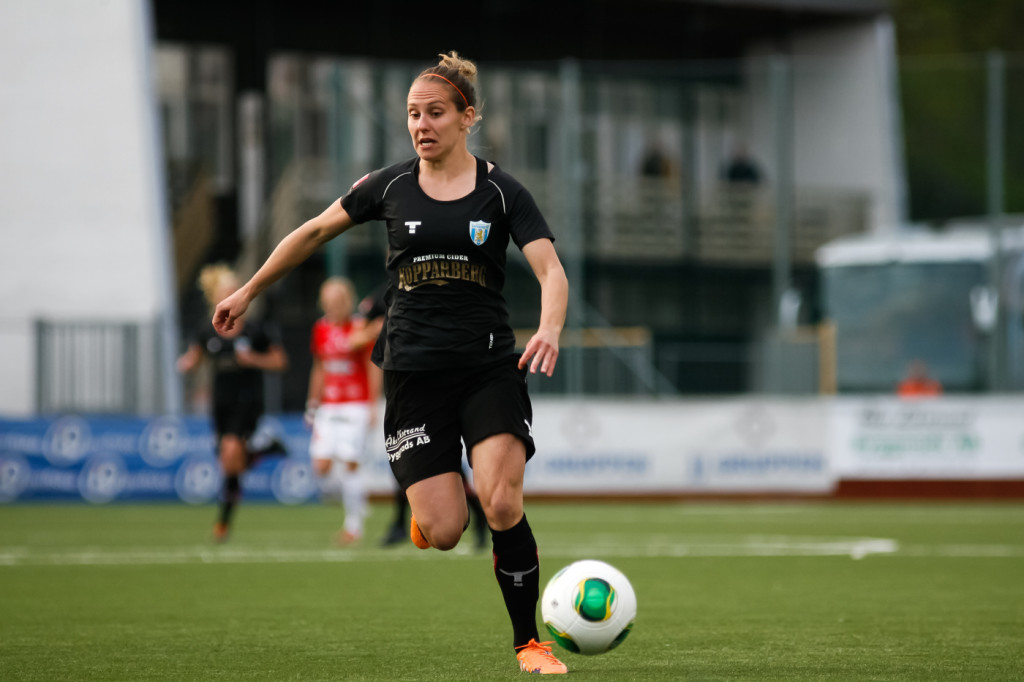 Seattle Reign FC have signed Netherlands international Manon Melis who will  join the club ahead of the 2016 season.  Melis most recently played in Sweden, most recently for Goteberg, where she scored 25 goals in 42 appearances across two seasons.  Before that Melis played for Malmo (now Rosenberg).  Melis topped the Damallsvenksan in scoring two times at Malmo and helped the club win three league championships.

The 29-year-old has made 132 appearances for Netherlands, including all four matches at the country’s Women’s World Cup debut this summer.  Melis assisted on two of Netherlands’ three goals at the World Cup.  In her international career, Melis has scored 55 goals to rank as the top all-time scorer in the history of the program.

“Manon is a fantastic talent who will bring something new to our attack next season,” Reign coach and general manager Laura Harvey said.  “We’re thrilled to have a player with her experience and consistent record of success at the highest levels of club and international football join our club next season.”

Netherlands are part of a four-way playoff with Norway, Switzerland, and Sweden for the final European berth at next summer’s Olympics.  The playoff will be held the first week of March which will likely delay Melis’s arrival in Seattle.  If Netherlands qualifies it will keep Melis away from the Reign for stretches of the summer.

“I’m looking forward to playing for Seattle Reign,” Melis said.  “It is going to be a big challenge to play in the NWSL.”

Earlier this week the Reign, who have won the last two NWSL Shields, announced the re-signing of seven key players including Scottish midfielder Kim Little. The Reign also picked up team options on Rachel Corsie, Merritt Mathias and Beverly Yanez, a club source tells The Equalizer.