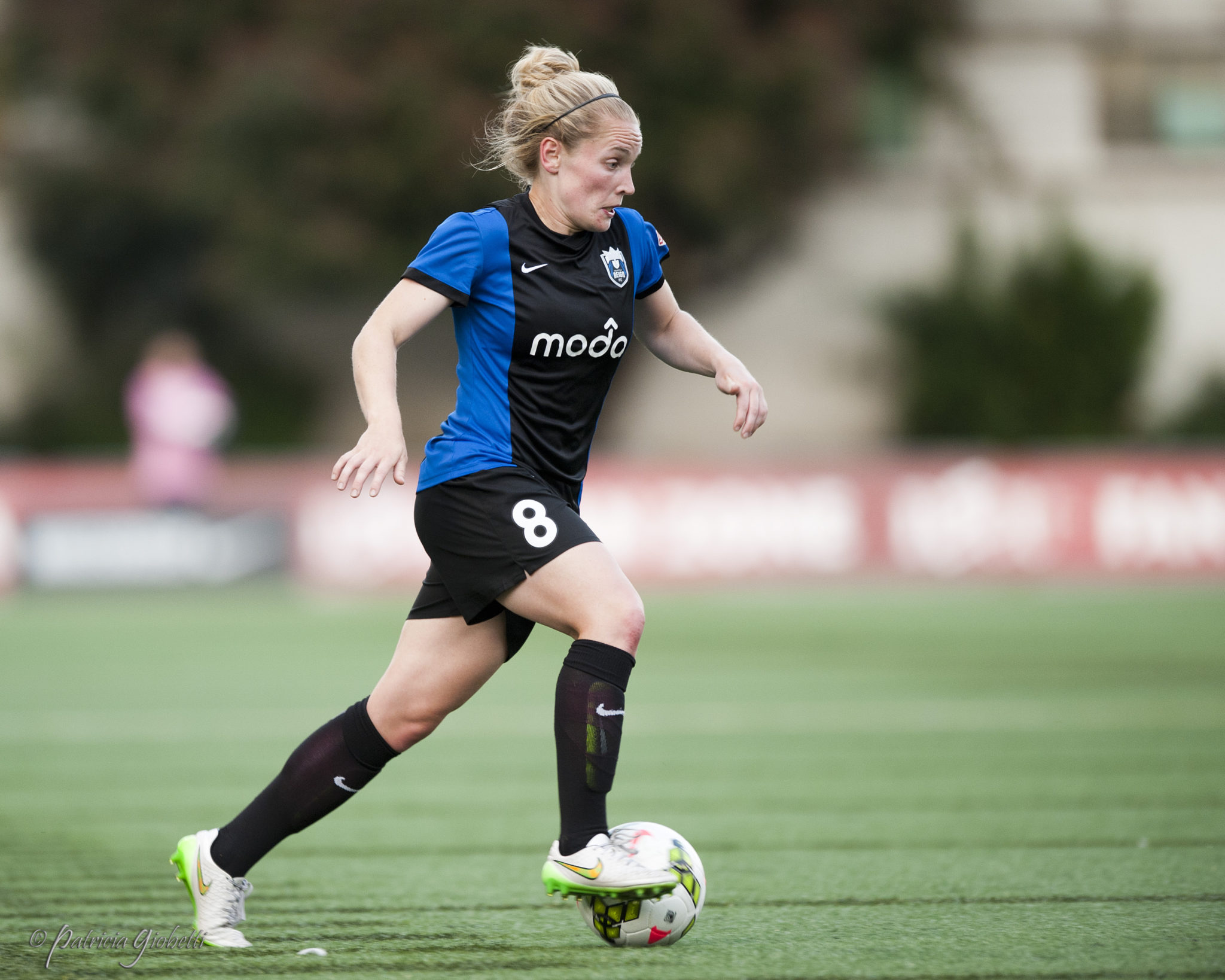 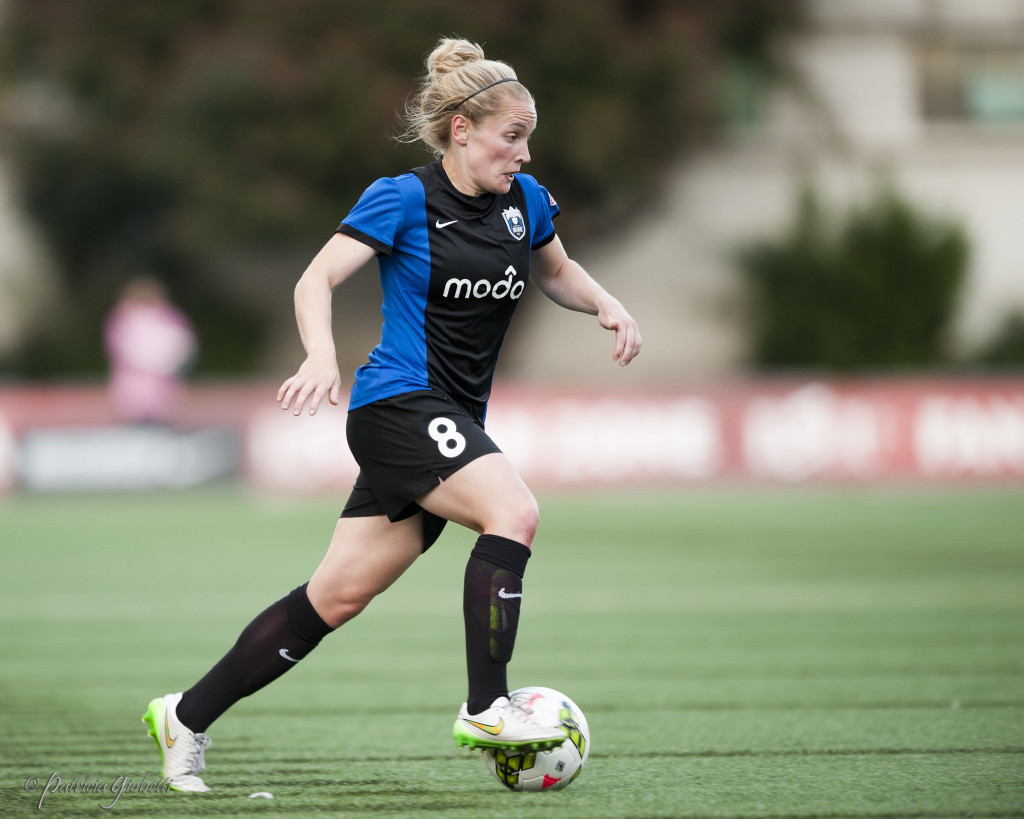 Kim Little is one of seven core players who has re-signed with Seattle Reign FC. (Photo Copyright Patricia Giobetti for The Equalizer)

That sound teams across the NWSL hear might be Seattle Reign FC digging its collective heels into the top of the table.

Per a club source, the Reign have also exercised 2016 options on Rachel Corsie, Merritt Mathias and Beverly Yanez. Corsie, a 26-year-old Scottish international, played 16 games for Seattle in 2015, taking over the starting center back tole and pushing Fletcher into a fullback role (which reduced Reed to a supersub role). Mathias scored twice in 18 games off the wing and Yanez scored nine goals in 17 games, leading the team most of the season until an injury reduced her minutes late in the campaign.

Little, 25, is the 2014 NWSL MVP. In 2015, she led the team with 10 goals and led the league with seven assists. Winters ad Welsh international Fishlock complete the Reign’s dominant midfield trio.

“I’m extremely excited to be returning to Seattle Reign for my third season and I feel so grateful to be a part of such a unique organization for another year,” Little said in a statement. “Everything about Seattle and the Reign made me want to come back: the city, the club, the people.”

“I also feel that for me to keep developing as a player, the NWSL is the best place for me to be next year. With its continued expansion and development, the league is an exciting thing to be a part of.”

Barnes is a Reign original and played every minute in 2015, and Reed has been with the club from the start as well. Fletcher returns for her third season with the club.

Kopmeyer won seven of the 11 games in which she featured in 2015, playing extensively in Hope Solo’s absence due to international duty. She ranked third in the league with a 1.00 goals against average.

So a large part of the best team over the past two regular seasons will return to Seattle in 2016. But despite the Reign’s dominance, they have lost two straight NWSL Championship matches to FC Kansas City. Can Seattle finally win the big one in 2016?

“We are pleased to be bringing back the core of our squad from last season,” general manager and head coach Laura Harvey said. “The entire lot have been brilliant for us over the last two years, so we’re excited to bring them together again as we work towards our goal of an NWSL Championship.”