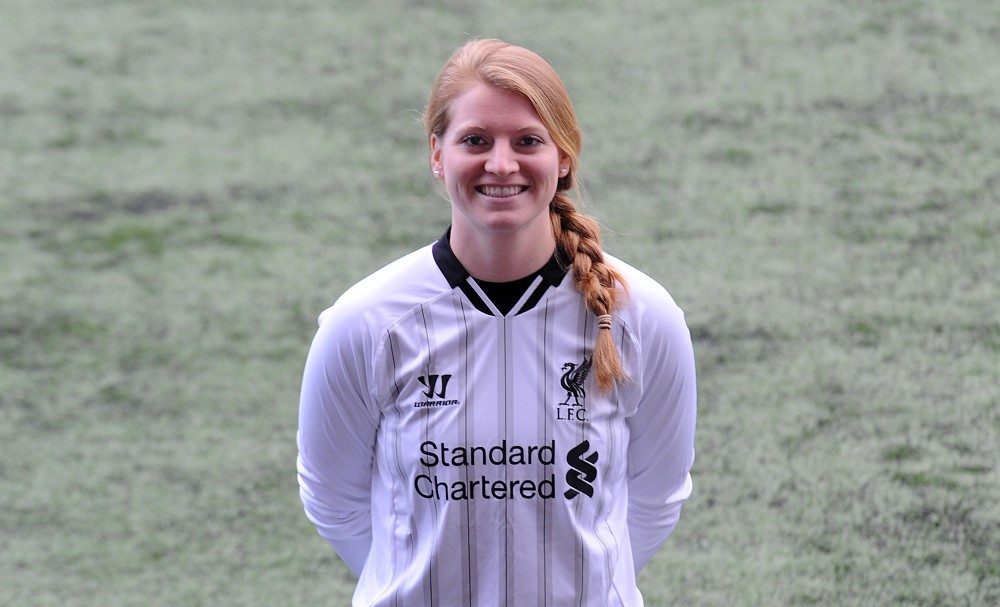 Libby Stout is the new goalkeeper for the Boston Breakers, who announced the signing hours after announcing they traded away goalkeeper Alyssa Naeher.

Libby Stout is the new goalkeeper for the Boston Breakers, reuniting her with former Liverpool manager Matt Beard.

Boston announced the signing of Stout hours after making official the trade which sent U.S. goalkeeper Alyssa Naeher to the Chicago Red Stars in exchange for U.S. defender Whitney Engen, a deal first reported by The Equalizer.

“Having had a fantastic couple of years at Liverpool Ladies, it has been a really difficult decision to move on, but I feel as though moving back to the United States in the NWSL was an opportunity that I couldn’t turn down,” Stout said in a statement.

Under Beard’s direction, Liverpool won back-to-back FAWSL titles in England in 2013 and 2014. Stout played on the 2014 team; Engen was part of Liverpool’s 2013 title-winning team.

Stout, 25, was born in Louisville and played college soccer at Western Kentucky University from 2008-2011. She has previous training camp experience in the U.S. youth national team circuit and recently spoke of her hopes to play for the U.S. senior team, ironically seeing Naeher as the goalkeeper which she needs to unseat to crack into the U.S. team. Naeher is currently the Americans’ No. 3 goalkeeper behind Hope Solo and Ashlyn Harris.

“I’m always hopeful that it is going to happen at some point but I just think this time they have older back-up keepers who have been there for a bit,” Stout told Sky Sports in February.

With a move to the U.S. and the NWSL, Stout may finally be able to get on U.S. coach Jill Ellis’ radar. But she’ll first need to have a good season with the Breakers, who are in the middle of a mass-overhaul after a last-place finish.

Stout’s competition, as of now, is Jami Kranich, who won two of the eight games in which she featured in net for Boston in 2015, posting a goals-against-average of 1.625.

But it is clear that Stout is being looked at as the team’s immediate future in net.

“I’m delighted to be bringing Libby to Boston,” Beard said. “She is a very good goalkeeper, and she has the potential to be one of the best in the league. I’m looking forward to continuing working with Libby.”