Naeher headed to Chicago, Engen to Boston in trade 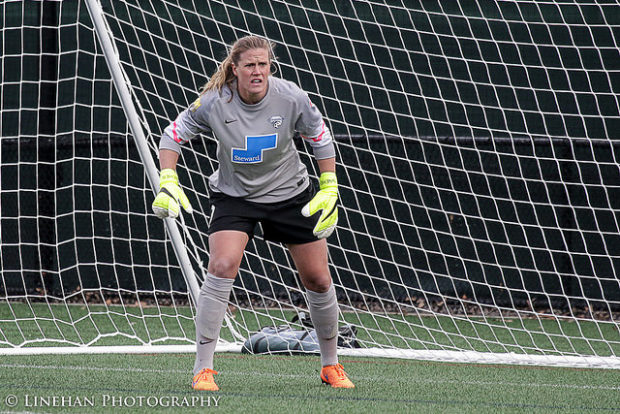 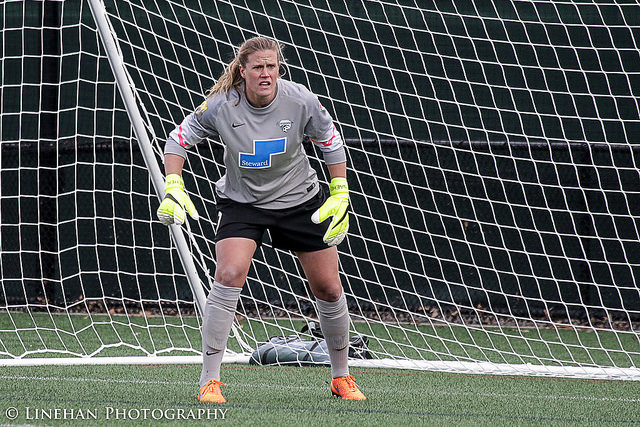 Alyssa Naeher is headed to the Chicago Red Stars as part of a trade which will send Whitney Engen to the Boston Breakers. (Photo Copyright Clark Linehan for The Equalizer)

Goalkeeper Alyssa Naeher is headed to the Chicago Red Stars as part of a trade which will send United States teammate Whitney Engen to the Boston Breakers, as first reported by The Equalizer.

Engen has been traded for the second time this month after the Red Stars acquired the defender on Nov. 10 in a trade with the Western New York Flash. Chicago sent New Zealand defender Abby Erceg, Canada forward Adriana Leon and a first-round pick (No. 9 overall) in the 2016 draft to the Flash in exchange for Engen and a fourth-round pick in the 2016 draft.

Engen previously played for new Boston Breakers coach Matt Beard when she played at Liverpool, winning the FAWSL title in 2013. Beard was hired as the Breakers’ new coach in September.

Naeher is the 2014 NWSL Goalkeeper of the Year, the season in which she led the league in saves (106; 23 more than the next closest competitor), but also gave up the most goals (53; 18 more than the next-closest competitor). Her 2014 form earned her a spot with the U.S. national team, for whom she earned her first cap last December. In 2015, Naeher allowed 30 goals in 12 games (2.50 GAA), losing nine of those matches as Boston finished bottom of the table.

Naeher was part of the United States’ 2015 World Cup-winning team, but did not play during the tournament.

Boston will be Engen’s fourth NWSL team since joining the league in June 2014, although she never played for Chicago. Engen joined the Houston Dash midway through the 2014 season after a runners-up finish with Swedish club Tyresö in the UEFA Champions League.

In October 2014, Engen was traded to Western New York — where she played in 2011 as part of a star-studded team which won the WPS championship — as part of a blockbuster trade which sent Carli Lloyd to Houston. Engen played every minute in the 12 games in which she featured for the Flash this year in limited availability due to the World Cup. She was the only field player on the U.S. women’s national team not to play a minute at the World Cup.