Spirit trade Salem to Breakers for pair of picks 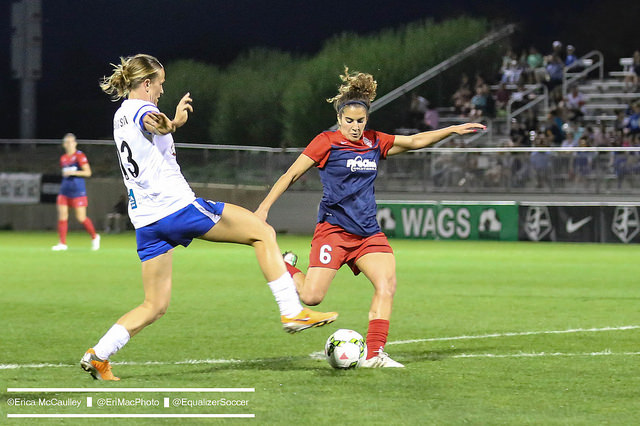 Angela Salem has been traded to the Boston Breakers. (Photo Copyright Erica McCaulley for The Equalizer)

Angela Salem is now a member of the Boston Breakers after a trade on Thursday which sent the midfielder to Beantown.

The Breakers sent a pair of second-round picks (No. 12 and No. 20 overall) in the 2016 NWSL College Draft to the Washington Spirit in exchange for Salem.

“We are delighted to be bringing Angela to Boston. She is a player whose game I have admired for a long time now,” Boston Breakers general manager Lee Billiard said. “She is very good at the role she plays, and for us it was important we added strength to that position.”

Salem, 27, has played in 59 NWSL games combined with the Western New York Flash and Washington Spirit. Prior to the NWSL, she helped the Flash win the 2012 WPSL Elite title. Salem converted the game-winning penalty kick in the championship match in 2012. She also played for Sky Blue FC and the Atlanta Beat in Women’s Professional Soccer.