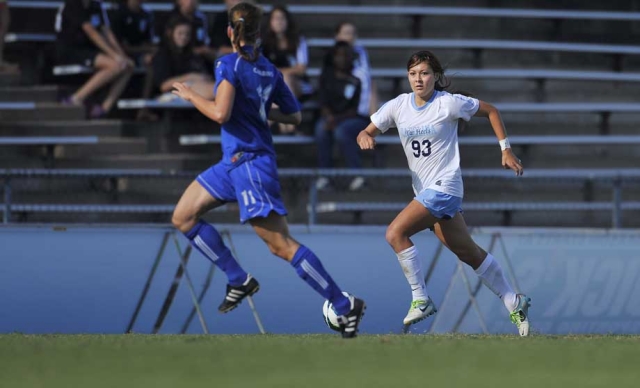 The Boston Breakers have signed former University of North Carolina defender Brooke Elby. The 22-year-old is currently playing with the Melbourne Victory in Australia’s W-League.

“I am very happy to have signed Brooke. She is a fantastic athlete and will fit into our philosophy very nicely,” Breakers general manager Lee Billiard said. “She is an excellent one-v-one defender, really tough to beat and a player who is comfortable on the ball and going forward. Naturally a right-footed player, she is just as strong on her left, which gives us more opportunities in how she is played.”

Elby was part of the Tar Heels’ NCAA national championship team in 2012. She appeared in 73 matches over four seasons for UNC, starting 19 games.

Elby missed the second half of her senior season after tearing her ACL in 2014, but she played one final time — for a single minute — in the team’s final home game that year.

“She’s a kid that really killed herself every year to contribute to her team and didn’t really until this year,” UNC coach Anson Dorrance said in 2014. “And then as a starter for me, she was one of my best players. For her to evolve to that level as a player, we wanted her to finish up with a start in our final home game.”

Elby entered the 2015 NWSL College Draft but was not selected.