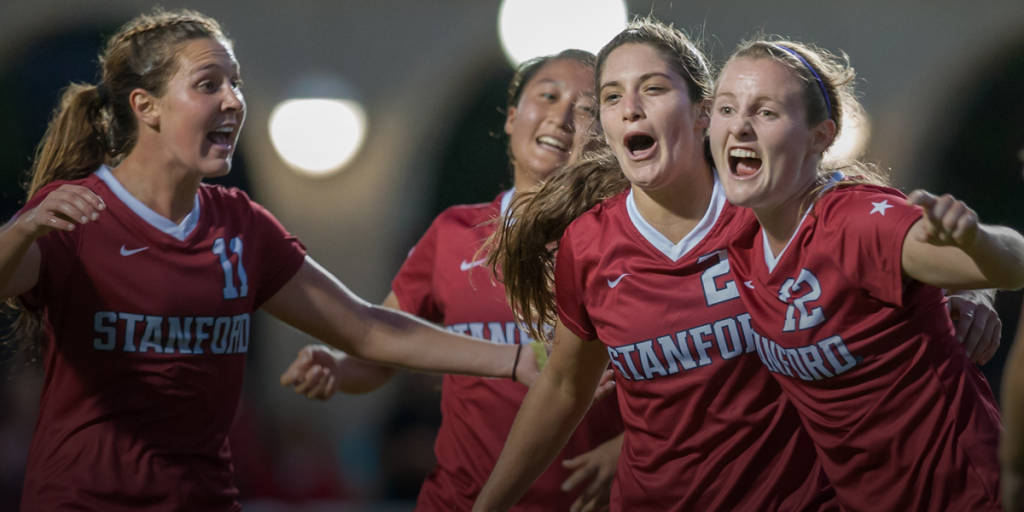 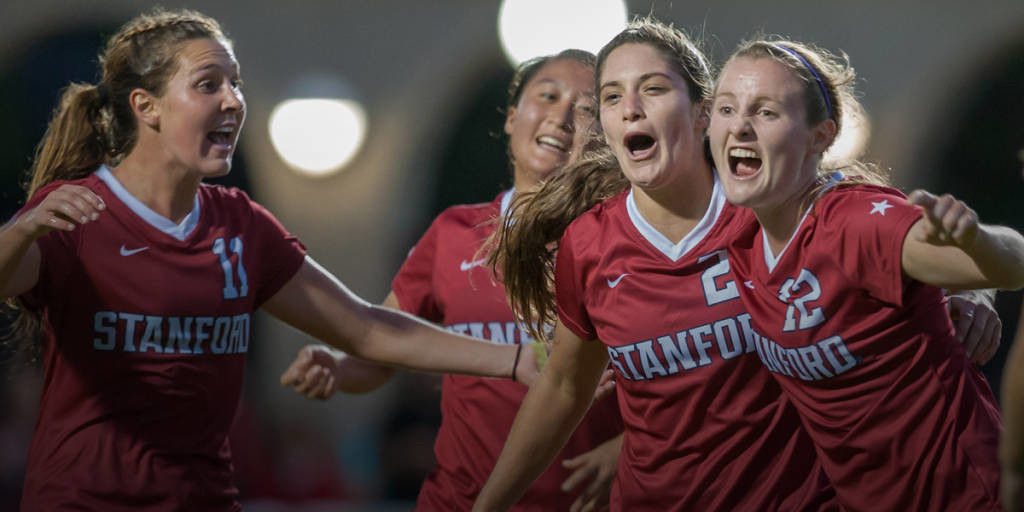 Stanford is a No. 1 seed and an NCAA title contender. (Photo: Stanford Athletics)

The 2015 NCAA tournament kicks off Friday and undoubtedly there will be plenty of intrigue between bracket-busting upsets, world-class strikes and heart-breaking penalty shootouts. Over the next three weeks, the field of 64 will be narrowed down to the four College Cup participants. While soccer can be an unpredictable game, here’s look at what to know as the path to Cary, NC unfolds.

Looking for a National champion pick? There’s really not much need to look beyond the seeded teams, and more realistically, the No. 1 and No. 2 seeds. Whether the home-field advantage is a self-fulfilling prophecy or the selection committee getting it right, that’s just what history has shown. Three of the four teams to make it to the last weekend a season ago are No. 1 seeds in this year’s tournament, with Penn State being the exception.

The Seminoles got the proverbial monkey off their backs a season ago when they won their first national championship.  Now the question becomes, ‘Can Florida State pull of one of the trickiest feats in sports, repeating as champions?’ While the personnel may change, the Seminoles’  reputation remains constant – they have a lockdown defense. Florida State has been slightly more porous than normal this season but the team is still one of the most difficult to score against in the country. The other constant? The team making it to the final weekend, which it has done the last four years straight. The Seminoles’ points leader is freshman phenom Megan Connolly with six goals and 10 assists. She’s had a memorable rookie campaign and her production will be key to the team’s postseason chances. Cheyna Williams, who scored the only goal in the championship game a season ago, leads the team in goals with eight. Florida State could face the ever dangerous North Carolina Tarheels, whose season took a turn for the worse when starters Cameron Castleberry and Joanna Boyles went down with ACL injuries this week. If anyone can navigate these losses, though,  it would be UNC coachAnson Dorrance.

The Cardinal had the PAC-12 Championship trophy in hand before the final weekend. Finishing their conference schedule undefeated is certainly an accomplishment, especially given the number of underclassmen on the squad. Stanford doesn’t have a dominant goal scorer, but rather 12 different players have found the back of net. This can either be a blessing or a curse come tournament time. Haley Rosen, Kyra Carusa and Andi Sullivan lead the team with five goals a piece. Stanford certainly has the talent to make to Cary, N.C., if it can find the necessary offense. The Cardinal’s biggest obstacles in getting to the College Cup include Florida, whose resume includes a win over Florida State earlier this year, and a young but very talented Duke Blue Devils.

Two years ago, Virginia made just its second College Cup and last year the team made the championship game for the first time in history. Could the Cavaliers, hoist the trophy from the first time this year? Solid defensively, with one of the highest-powered offenses in the country, the Cavaliers look to be in the thick of things again this season.  The unknown factor for Virginia may be Makenzy Doniak. Doniak’s offensive production this season has been hampered by injuries, but the senior is still more than capable of terrorizing defenses as she showed in last weekend’s ACC final. The forward has scored seven of her 10 goals this season in the last four games. If she can stay hot, it may be Virginia’s year. The Cavaliers’ path to the College Cup may include the only team other than Florida State to beat them this season: Notre Dame.

The Nittany Lions’ dominant 2-0 win over Rutgers on Sunday cemented their status as the cream of the crop in the Big Ten. Can Penn State now rise to the top in the NCAA tournament? The team has a dynamic attack in which several players are capable of delivering goals including Mallory Weber, Megan Schafer, and Frannie Crouse. Those three combined have notched a total of 26 goals on the season. At the back, the team is talented albeit young. Senior goalkeeper Britt Eckerstrom is very vocal and does well at keeping the back line organized. If the back line can keep from making the seemingly small errors that end seasons, Penn State should have a good shot at a deep run. In addition to West Virginia listed below, Penn State’s potential path may include a physical and talented team in Virginia Tech and St. John’s, whose program-changing forward Rachel Daly is always capable of delivering a dagger.

In the past, the Mountaineers had a tendency of dominating their respective conference and the fizzling out earlier than expected in the NCAA tournament. This season, West Virginia is hoping to reverse the trend after losing in the Big 12 Tournament to eventual champions Texas Tech. The Mountaineers are the only team in Division 1 women’s soccer to be ranked in the Top 10 for scoring offense and goals against average. With possibly the best player in the college game anchoring the back line in Kadeisha Buchanan, it will be a tough task for any team to score against them.

Players you should get to know

An impact from the moment she entered the college ranks at Maryland, that didn’t change when she switched jerseys. The central midfielder distributes well and is good in the air. Although primarily an offensive-minded played, she does well to do the gritty defensive work in the midfield as well. She’s scored six game-winning goals for the Golden Knights and tied for the team lead in goals overall with 11. If Central Florida is to advance far in the tournament, Spivey will almost certainly play a huge role.

Answer this question: Who was the first Golden Bear to receive PAC-12 Player of Year honors? If you guessed Alex Morgan, you’re wrong. Junior Arielle Ship became the first California player to receive the award this week. Ship exploded onto the scene this season, scoring 14 goals to lead the conference while adding six assists. Her offense will be key to California, who was awarded the 3 seed in their bracket, moving forward in the tournament.

The Florida Gulf Coast forward has amassed an impressive 59 goals in her three seasons at the school and an equally impressive list of accolades. The composed forward known for her finishing has wracked up an impressive 17 goals this season. One thing that is missing from the dangerous striker’s resume is a NCAA tournament win. She’ll get another stab at it Saturday as the Eagles take on South Florida in the first round. South Florida have something to prove themselves after to losing for the fourth straight season in penalty kicks in a conference tournament final.

While the attention has been focused on another Brit in her last year of eligibility for the Red Storm, center back Georgia Kearney-Perry has also played a huge role in St. John’s University’s success the last couple of seasons. The two-time Big East Defender of the Year is known for her well-timed tackling skills and possesses good speed. In a class with some solid center backs, Kearney-Perry gets overlooked but surely she’ll be playing professionally somewhere next year. But before then, she’ll hope to help guide St. John’s to a deep tournament run.

The junior was the architect behind James Madison’s remarkable come-from-behind victory in the Colonial Athletic Association final last Sunday. She scored two second-half goals to lead James Madison to a 3-2 victory over William & Mary. The forward whose great awareness near goal has tallied seven game-winners this season and will look to add to that total this Friday when the Dukes face off against Duke. (No, seriously, the James Madison Dukes are playing Duke University.)

After US debut, Sonnett eyes NCAA title with UVA
NCAA Weekly: Blowouts and thrills in first round