The Lowdown: 12 NWSL players Ellis should call up 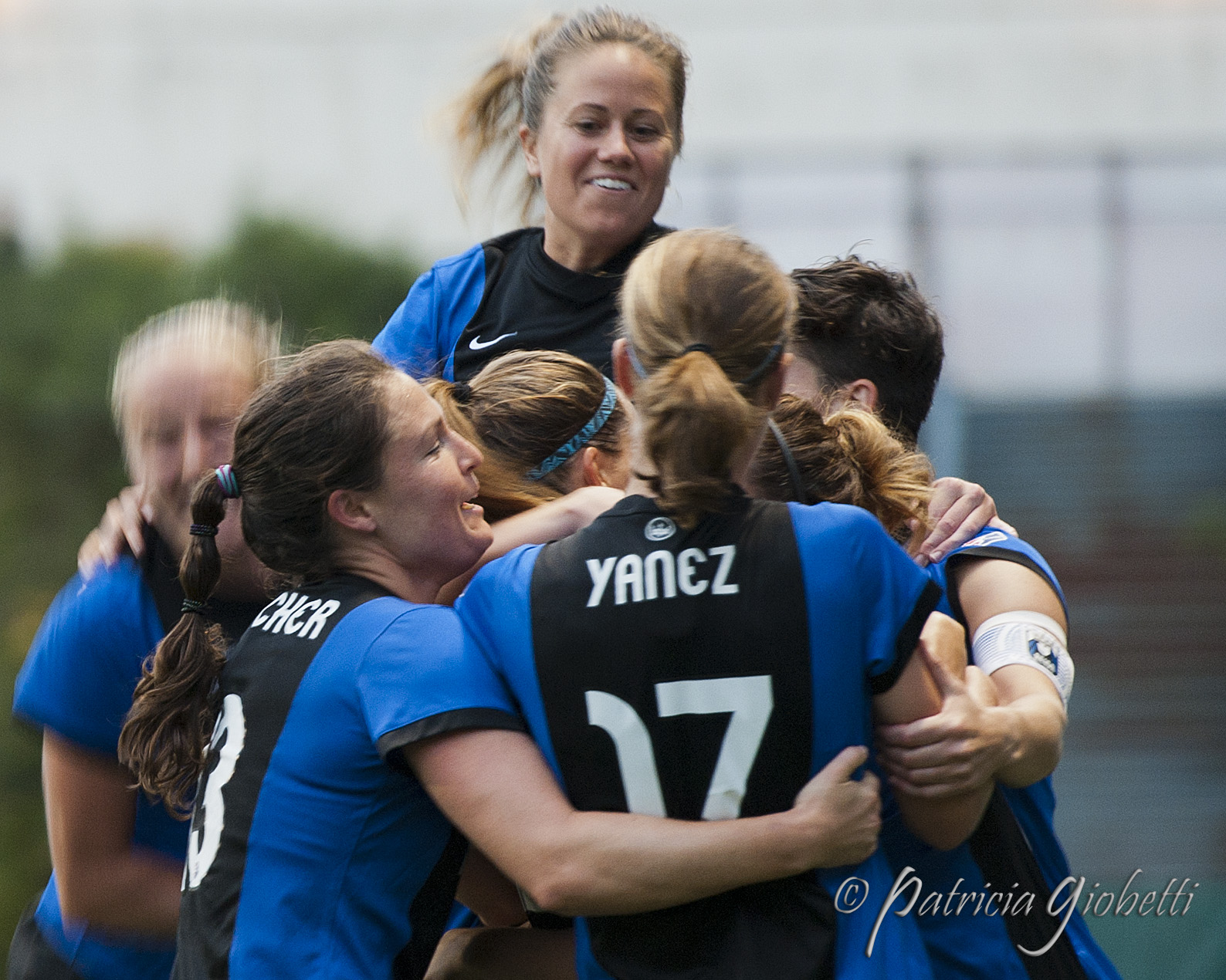 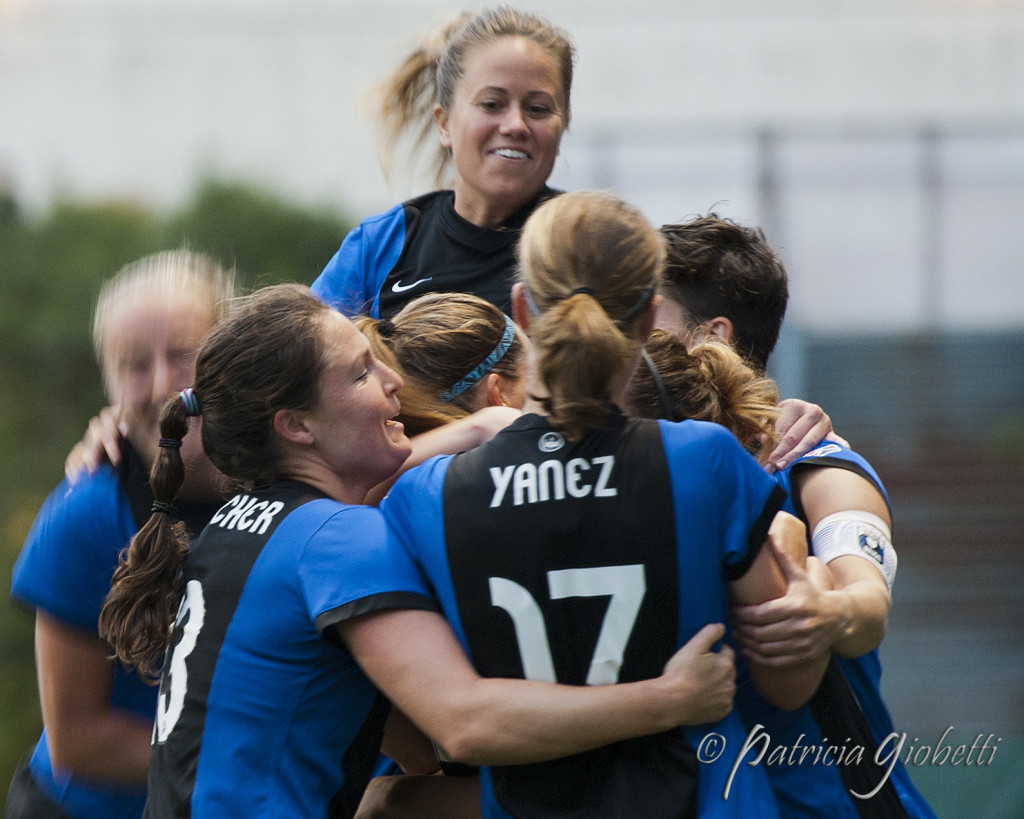 Next up are the final four victory tour matches and then January camp.  It is the January camp that traditionally offers the most flexibility for calling in different players to see how they measure up in the grind of the national team scene.  The 2015 camp was void of much variety as Ellis looked to hone in on the 23 players she would take to the World Cup.  Next year’s could be the same in an Olympic year which includes only 18 spots (plus three alternates) but the October greenhorns offered hope that perhaps the third star above the crest lifted enough pressure that the pool will slowly begin to open up.

To this point, NWSL has had minimal impact on the U.S. national team landscape.  Amy Rodriguez probably earned her World Cup spot by excelling in the league, but Rodriguez had already established herself in the years before getting pregnant.  So when will the league—about to dive into the deep end of its fourth season—start to feed players to the international level?

Below are 12 players I would like to see get a call into camp sooner than later.  Note that all of them play in NWSL so college players were not included.  Also note that these are not the 12 best NWSL players not on the national team, but a dozen who I believe would benefit from a call-up, and/or whom Ellis’s staff would benefit from seeing up close.

Also of note, I have been working on this list in my head for some time and did not have Hinkle or McCaffrey on my 12.  Both are worthy candidates and both looked good in their international debuts last month.  But I didn’t want to jump on the bandwagon since the truth is if I did this list a month ago they would not have been on it.

Haley Kopmeyer:  She has deputized for Hope Solo the last two years in Seattle and the team has never missed a beat.  So why should it be any different at the national team level? It may seem like she has been around a while, but Kopmeyer is still only 25 and playing a position that traditionally has the latest curve in terms of peak performance.  Eventually she will be a full-time NWSL starter and she just may be in line to go even higher than that.

Katelyn Rowland:  The top keeper selected in the 2015 draft, FC Kansas City thought highly enough of Rowland to make her one of their nine protected players in the expansion process even as first-choice keeper Nicole Barnhart was also protected.  Rowland looked sharp in three starts during her rookie season and has a strong presence in the box.  Whether she is good enough or not remains to be seen but she is just the type of player the staff ought to want a closer look at in a high-pressure situation.  The U.S. also has a goalkeeper issue in the waiting.  Behind Hope Solo are less than 10 total caps of experience.  The talent is there but eventually others will have to get their feet wet on the field.

Lauren Barnes:  A solid, understated, stay-at-home center back who proved in Seattle that her game gets better with the players around her.  Does that mean she would be even better in the national team environment?

Arin Gilliland:  Uber-aggressive left back who was rarely caught with her hand in the cookie jar on counterattacks.  And isn’t that precisely how the U.S. likes to use their outside backs? Gilliland has work to do if she is going to be sharp enough in making her attacking forays more meaningful, but not every outside back comes with the natural instinct to press forward at the slightest opening.  That part Gilliland already has.

Kassey Kallman:  Defenders who can play multiple positions are invaluable, especially in tournaments like the Olympics with smaller rosters.  Kallman held down the left back spot in Kansas City in 2014 and helped that team win the NWSL Championship.  She moved central in Boston and was a shining light on a poor club. She probably isn’t quite ready, but Kallman is the type who would stand to benefit from a week of national team exposure.

Megan Oyster:  Jumped into NWSL in 2015 and all she did was play every minute of the season in central defense for a playoff team.  And most of those minutes were played with another rookie (Whitney Church) just off her right shoulder.  Players who make relatively seamless jumps from one level to the next often do so because of good soccer brains and high confidence—two of the most coveted assets for a national team player.

Danielle Colaprico:  Perhaps no young NWSL player has the ability to affect the look of the national team as much as Colaprico.  A solid, defensive midfielder with tremendous ball skills, Colaprico could feasibly line up next to Morgan Brian on top of the back four and stay there for more than a complete international cycle.  The 2015 NWSL Rookie of the Year is likely another year away from being a finished product but in Chicago there was no assignment too difficult for her.

Katy Freels:  Let’s face it.  Freels has lacked the consistency in three NWSL seasons that makes you think of her as a future national team player.  But the other side of the coin is that Freels has a flare for the exquisite play, and perhaps a week surrounded by some of the best players on earth would help her find the missing element of consistency.  Freels also needs to improve her defensive skills to have a chance of sticking, but if Jill Ellis is looking for a reach call-in, she could do worse than Katy Freels.

Allie Long:  Like others I’m tiring of the Allie Long debate as it pertains to the national team.  I’m almost ready to concede she is never going to make it.  But she is coming off her best league season in which she managed to function in a mostly dysfunctional Thorns team and her work ethic is beyond question.  I would call her in, and even if it has to wait until the other side of the Olympics, give her as much time on the field as possible to get the final answer once and for all.

Samantha Mewis:  Dynamic midfielder who can impact the game from multiple positions in the midfield.  Despite her youth, she already possesses the enviable combination of being able to finish as well as make the final pass.  Some fine-tuning and some extra defensive oomph are all that is left for Mewis to become the complete package.  Capped in recent friendly against Brazil and could well be around to stay.

Kealia Ohai:  Admittedly disappointed a bit in the second half of last season in Houston after Carli Lloyd got back in the mix.  Occasionally, Ohai lacks confidence in the final third.  The upside is that Ohai is a wonderful wing player who works hard on both sides of the field.  She is the type who can make a difference in a match even when she is not having her best day attacking wise.

Beverly Yanez:  Another player who is probably a notch below at this time.  But she can score goals and that is a very rare and important quality.  In this year’s semifinal, she came off the bench after not playing for 23 days due to injury and scored the game-winning goal literally on her first touch and less than a minute into her time on the pitch.  We’ll never know if that sort of ability will transfer to the international level until Yanez gets a camp trial.