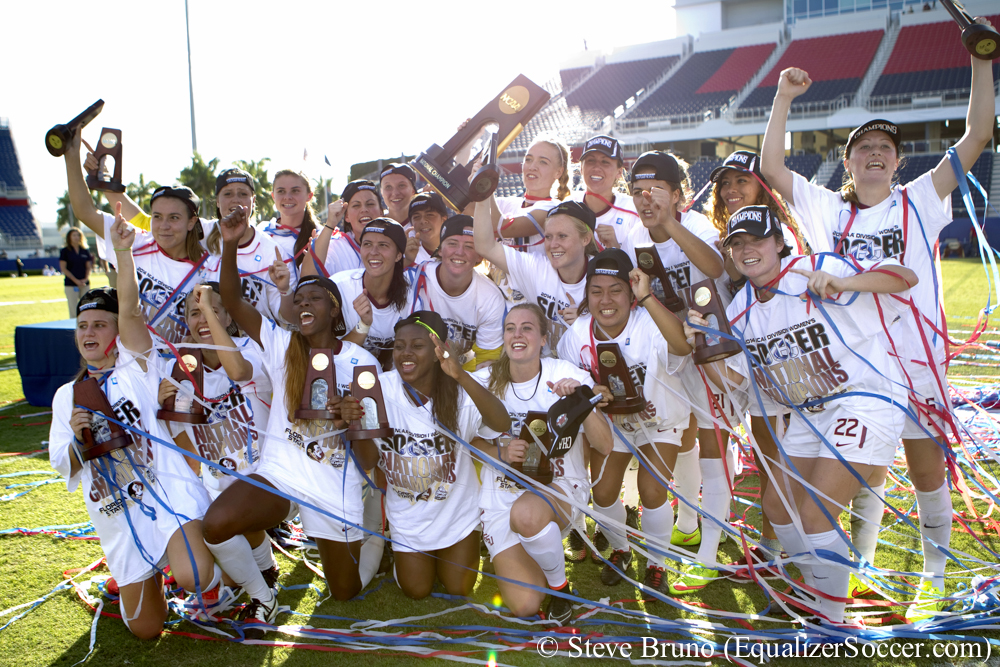 Florida State, Penn State, Stanford and Virginia are No. 1 seeds in this year’s NCAA Division I women’s soccer tournament. The 64-team field was announced on Monday.

Florida State, Penn State and Stanford all won their respective conferences. Virginia lost to FSU in penalty kicks on Sunday in the ACC Championship.

The tournament begins on Friday with first-round games lasting through Sunday. The College Cup — soccer’s version of the Final Four — will take place in Cary, N.C., during the first weekend of December. WakeMed Soccer Park will host the semifinals on Dec. 4 and the championship match on Dec. 6.

SEC champion Florida was handed a No. 2 seed in Stanford’s region. The Gators would have to go through No. 3 seed Duke in the third round to get to a potential Elite Eight matchup against the Pac-12 champion Cardinal.

West Virginia earned a No. 2 seed in Penn State’s region after the Mountaineers were upset by Texas Tech in the semifinals of the Big 12 Championship on Friday.

Seven of the 16 seeded teams for the tournament are from the ACC, including two of the four No. 1 seeds.