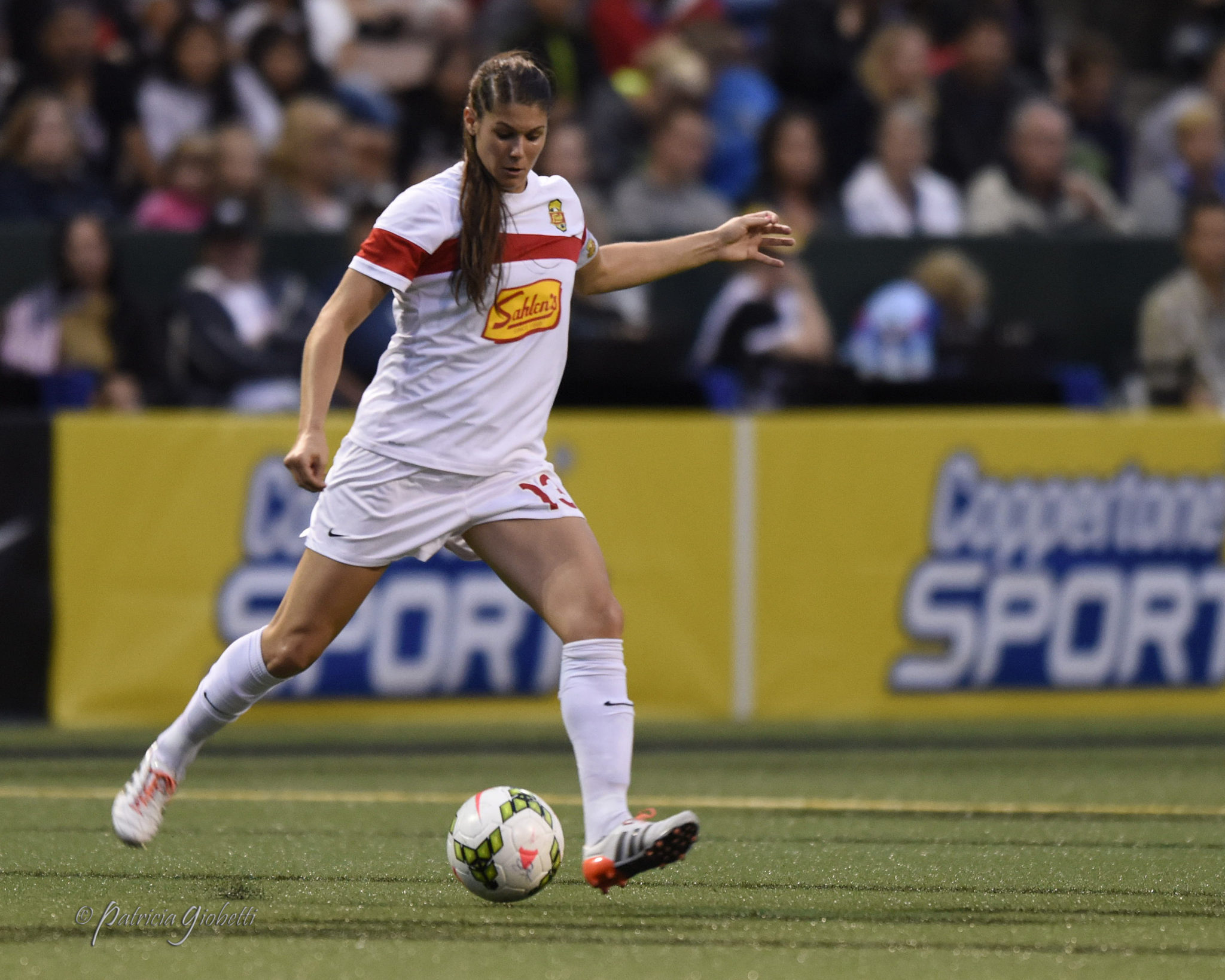 Brittany Taylor has been traded to FC Kansas City. (Photo Copyright Patricia Giobetti for The Equalizer)

In return for Taylor, the Flash received defender Rebecca Moros and in return for Frisbie, Western New York acquired an international roster spot for the 2016 and 2017 seasons. The teams say the trades were completed separately. The trades were first reported by The Equalizer’s Dan Lauletta.

Taylor was the last remaining player from the Flash’s opening-day roster in the inaugural 2013 NWSL season.

“Brittany Taylor is one of the best center backs in the league and she is coming in to solidify our back line,” FC Kansas City coach Vlatko Andonovski said. “We are very happy to add such a talented and experienced player to our roster.”

Andonovski said he has had his eye on Frisbie since she entered the league two years ago. The 23-year old has only played four professional matches due to injury.

Moros, 30, returns to Western New York after winning a WPS championship there in 2011. She spent 2014 with Portland Thorns FC before helping FC Kansas City win a second straight championship in 2015.

“Becca is an experienced outside back who played for us in 2011,” Flash coach Aaran Lines said. “She came in, halfway through that season, and really helped solidify our right side. I think she will contribute to a leadership position both on and off the field next year and help fill a need at outside back. Abby Dahlkemper did a good job for us filling in last year, but this move allows her to slide back into her natural role and strengthen our back line.”