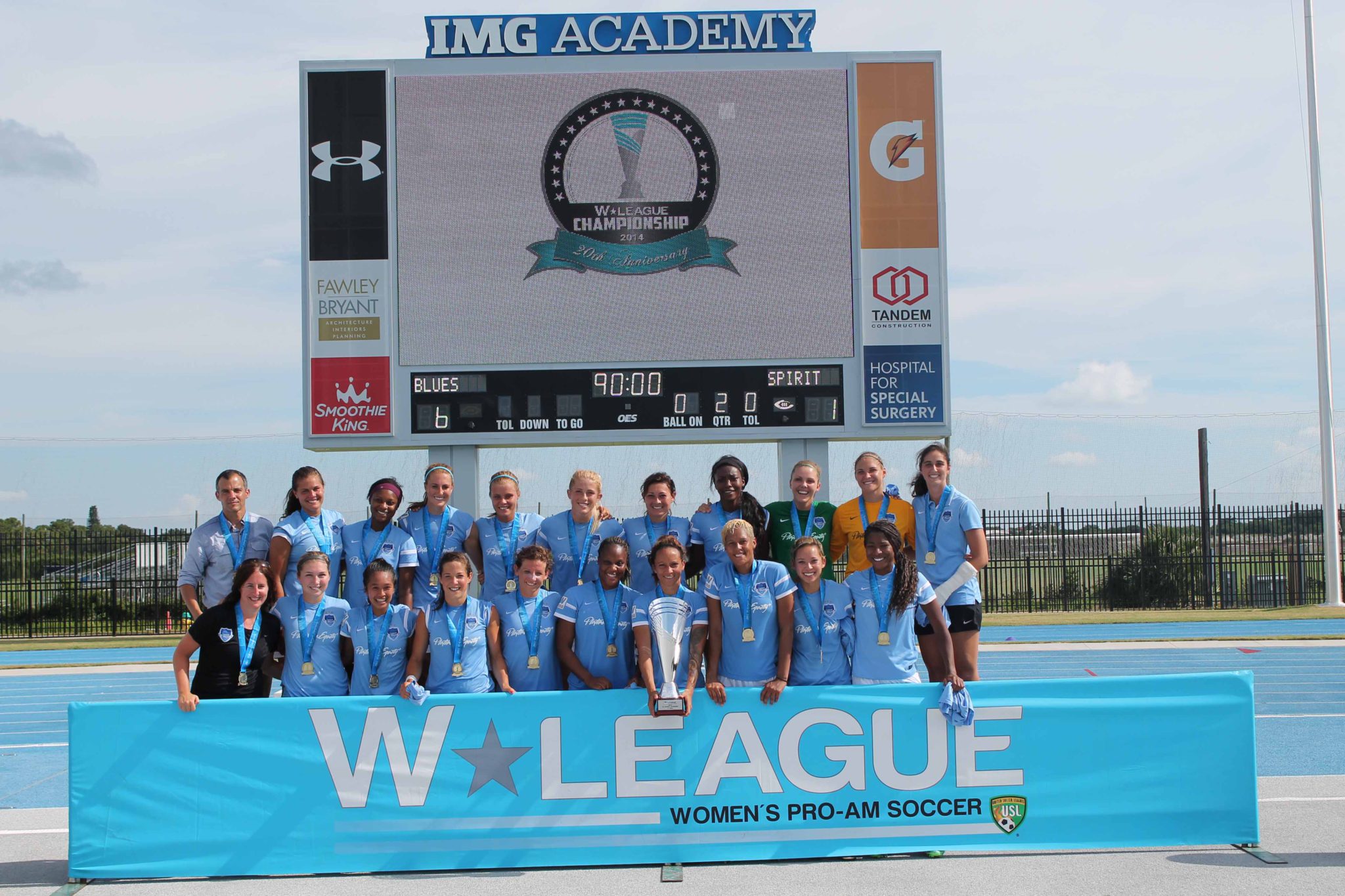 The LA Blues, pictured, folded after winning a fourth USL W-League title in 2014. Three other teams have folded in 2014. On Friday, the USL W-League announced it would cease operations. (Photo Courtesy USL W-League)

The USL W-League has ceased operations, bringing to an end a 21-season run for what was once the top flight of women’s soccer in the United States.

The United Soccer Leagues made the announcement on Friday night. The league said in a statement that there were not enough teams committed to the 2016 season to continue operation, but did not rule out a return in the future. One source told The Equalizer that almost the entire Western Conference had pulled out of the league, and the only way to continue the W-League would have been to make it a regional East Coast league.

“The W-League has not ruled out the possibility that the league could be reintroduced in the future, it remains committed to the promotion of women’s soccer, and it will continue to work with its partner, the Super Y League, to develop the next generation of world-class female soccer players in the U12 to U18 age groups,” the USL said in a statement. “However, after an exhausting effort by both the league and its current team owners, there proved an insufficient number of teams to facilitate play in 2016 at the consistent league standards of quality and competition that has been the W-League’s trademark throughout its history.”

The Washington Spirit Reserves, a reserve side for the National Women’s Soccer League’s Washington Spirit, won the W-League championship this year. The W-League previously lost one of its marquee franchises, the LA Blues (formerly Pali), after the 2014 season. Several U.S. national team stars, including Alex Morgan, Tobin Heath and Lauren Holiday, played for Pali during their college years. The Ottawa Fury, another historically strong W-League team and former champion, also folded ahead of the 2015 season.

With the news of the W-League’s demise, many college-age players who used the W-League as summer playing options will need to find new places to play during their offseason. The Women’s Premier Soccer League (WPSL), which formed in 1998, continues to grow and is now approaching 90 teams across the country. The Boston Breakers and Chicago Red Stars of the National Women’s Soccer League — now the top flight of professional soccer in the U.S. — currently field affiliated reserve teams in the WPSL.

Several of the world’s biggest stars once played in the W-League, including 17 of the United States’ 23 players who won the 2015 Women’s World Cup. US internationals such as Brandi Chastain, Julie Foudy and Kristine Lilly were among the players who played in the W-League in its early days, among several names which went on to be international successes, like England’s Kelly Smith and France’s Marinette Pichon.