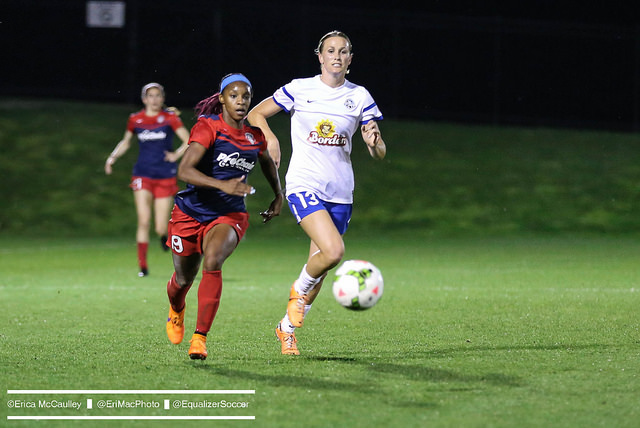 “This was a hard decision for me but I think it is time to start the next chapter in my life and let some of the younger players get the same chance I got seven years ago when I started playing professionally,” Brown said in a statement.

[LAULETTA: Making sense of a wild week of NWSL transactions]

“I don’t think we can find someone that can replace Leigh Ann in the near future,” FC Kansas City head coach Vlatko Andonovski said. “She was extremely valuable for us as a player, leader and friend. I want to wish her all the best in her life after soccer. She will be missed in KC.”

Brown, who competed as Leigh Ann Robinson up until the 2015 NWSL Championship, played for FC Gold Pride, the Atlanta Beat and the Philadelphia Independence in Women’s Professional Soccer (WPS).

In 2015, Robinson played every minute for the Blues, captaining the club during the FIFA Women’s World Cup in the absence of captains Lauren Holiday and Becky Sauerbrunn.

“Leigh Ann is the type of player any team needs to be successful. She’s a player’s player, respected by everyone because of her ability and her attitude,” Sauerbrunn said. “I’ve loved these past seasons in large part because I got to play with her and become her friend. She can be no-nonsense and help the team be more efficient, and she can be sassy and lighten the mood when it’s needed. She is a leader on and off the field and will be missed tremendously. ”