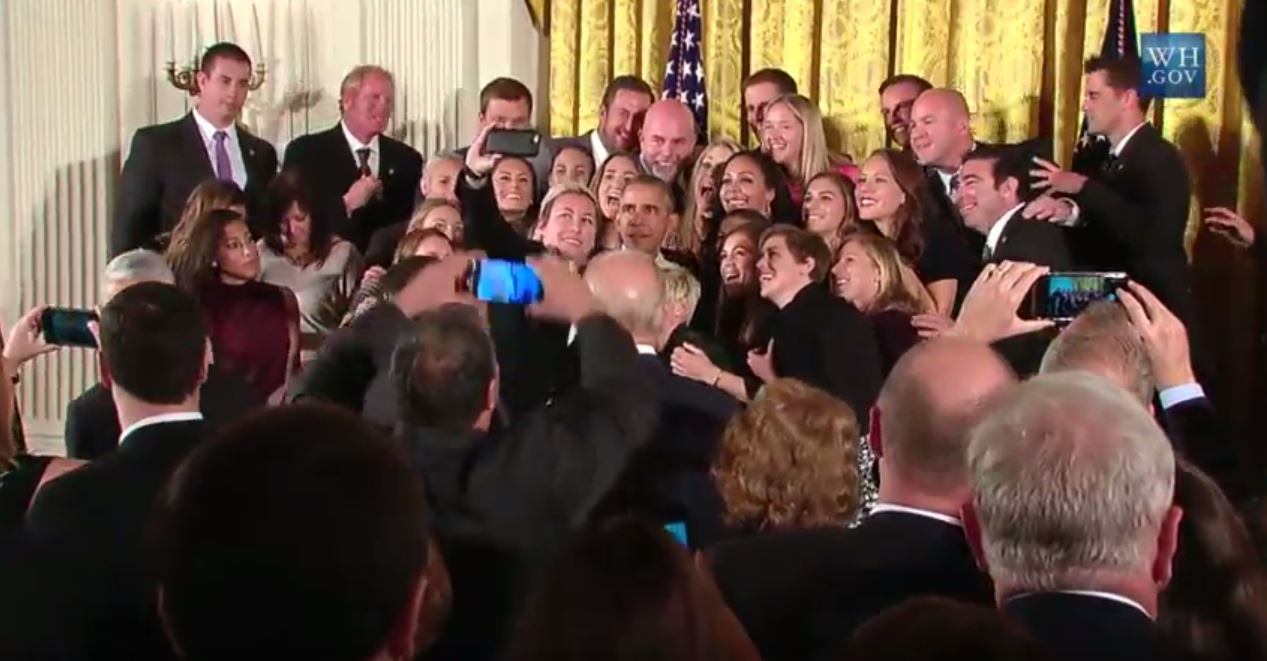 It was President Obama’s final thoughts of the night which stood out: “This team taught all America’s children that ‘playing like a girl’ means you’re a badass.”

"This team taught all of America’s children that “playing like a girl” means you're a badass." —@POTUS on the @USSoccer_WNT #SheBelieves

The U.S. women defeated Japan, 5-2 on July 5 in the World Cup final in Vancouver, capturing a record third Women’s World Cup title and first since 1999.

The team’s invite to the White House is said to be sparked in particular by a letter dated July 22, 2015, written by a 13-year-old girl named Ayla, who was in attendance on Tuesday. Ayla’s brother saw her watching the Women’s World Cup and told her that “boys are so much better at soccer than girls.”

"Nothing gives me more hope than knowing that we’ve got a whole generation of young women like Ayla." —@POTUS: pic.twitter.com/RPspqGfuwg

President Obama wondered aloud on Tuesday what Ayla’s brother must be thinking now.

The President opened his remarks at the White House by congratulating Sydney Leroux on her recent marriage to Sporting Kansas City forward Dom Dwyer before poking fun at Heather O’Reilly’s famous “game face” and Abby Wambach’s self-proclaimed loudness while on the field.

President Obama then turned his attention to World Cup final hat-trick hero Carli Lloyd, joking with her that he didn’t even get settled into his seat before the match was virtually decided. And he managed to get a pretty solid political joke in there, too.

“Carli’s performance was so good that by the time the game was over someone had changed her title on Wikipedia from ‘Midfielder’ to ‘President of the United States,’ Obama said. “Which by the way, the job’s about to open up. What’s another candidate in the mix?”

Then came a long pause and wry smile:

“I guarantee you Carli knows more about being president than some of the folks who are running.”

Lloyd and her U.S. teammates – Megan Rapinoe, seemingly most of all – clearly had some fun at the White House:

We naturally need to snap some ?, while at the @WhiteHouse. Also, maybe get a quick nap in? Why not. WNTatWH pic.twitter.com/nfC2I4DFzH

Good morning, D.C., guess where we are? That's right, the @WhiteHouse!#WNTatWH pic.twitter.com/1fPqPdYmFR

The trip wouldn’t have been complete without a selfie, taking by Wambach: 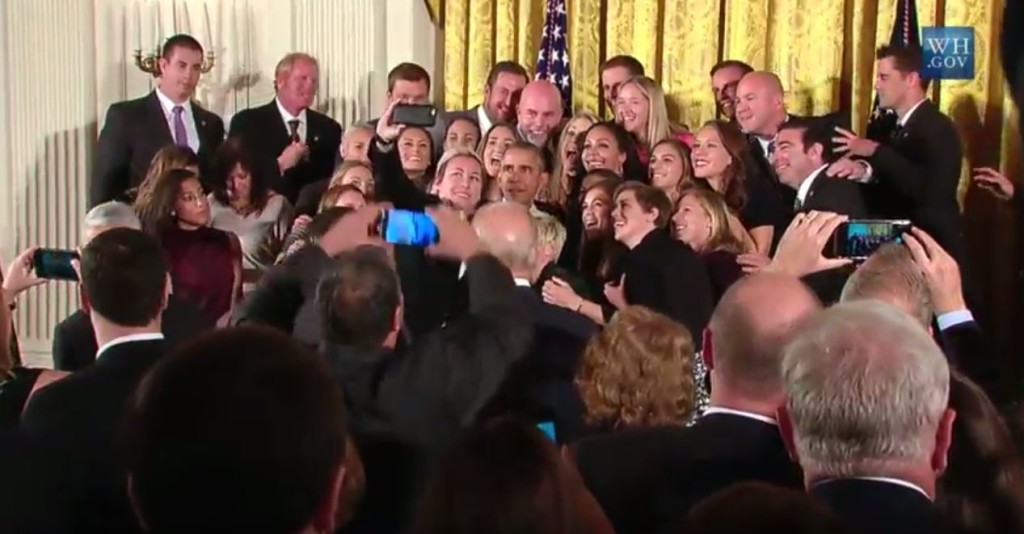