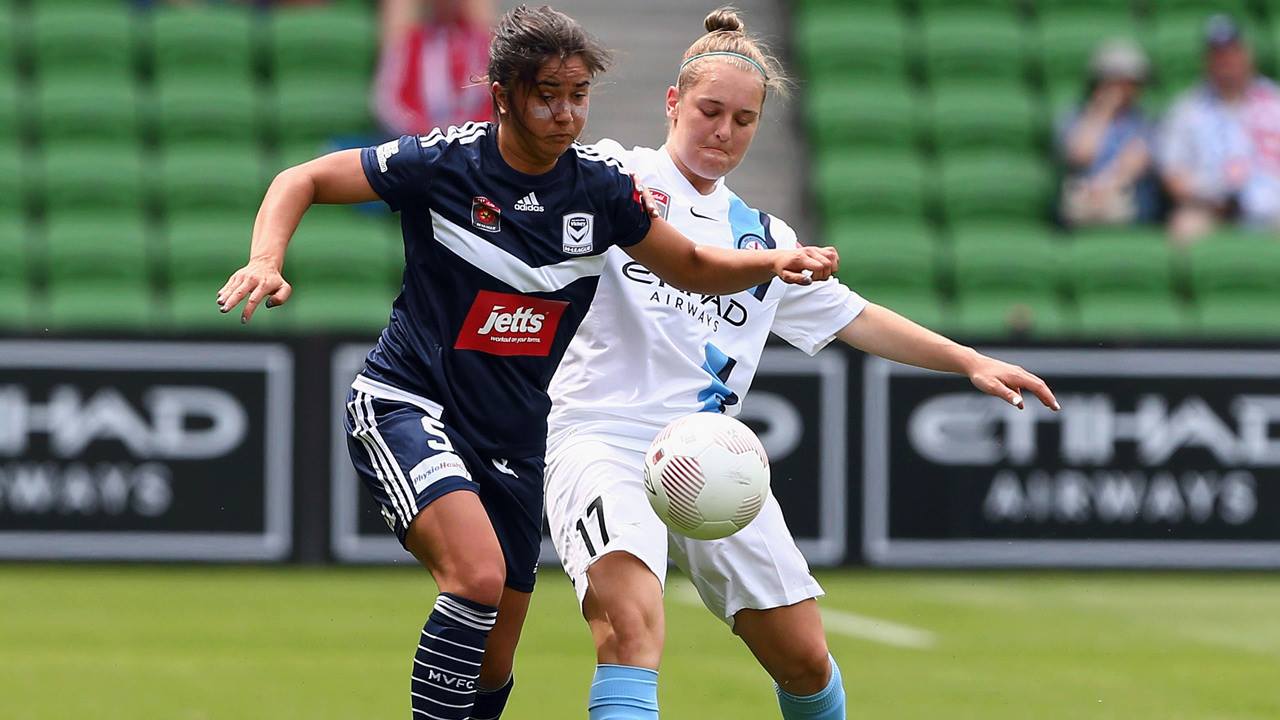 The 2015-16 Westfield W-League season continued on the weekend with the league’s second round of fixtures. Here is how things went across Australia:

Melbourne City 2-1 Melbourne Victory
In Week 2 action, expansion side Melbourne City won the inaugural edition of the Melbourne Derby with a 2-1 win over Melbourne Victory on Saturday. Marianna Tabain (the former Australian youth international and long-time Perth Glory forward) and midfielder Aivi Luik scored the goals, the latter from a penalty. Luik finished collegiately at the University of Nevada-Reno and won two WPSL titles with FC Indiana, and narrowly missed the Australian 2011 Women’s World Cup squad. Whitney Knight scored on a long shot in injury time for Victory.

Brisbane Roar 3-0 Western Sydney Wanderers
Brisbane Roar defeated Western Sydney Wanderers 3-0 on Sunday and sit tied at the top of the table with City on 6 points. Emily Gielnik scored twice—once from the penalty spot—while Gabrielle Marzano scored in injury time. Gielnik played with Ottawa Fury in 2013 after spending the 2012 season with Liverpool in the FAWSL. Seattle Reign goalkeeper Haley Kopmeyer recorded the shutout for the Roar while her Seattle teammate Keelin Winters played 90 minutes for the Wanderers, as did Kendall Johnson (Portland) and Carmelina Moscato (Canadian National Team).

Canberra United 3-0 Sydney FC
Canberra defeated visiting Sydney FC 3-0 on Saturday, bouncing back from their 2-1 loss last week to Brisbane Roar. Veronica Perez scored for Canberra while Portland Thorns goalkeeper Michelle Betos again played all 90 minutes for Sydney, who lost their second game in a row and have surrendered nine goals in total this season; they are at the bottom of the nine-team league with Melbourne Victory, but well behind in goal differential (minus-2 to minus-9).

Perth Glory 0-0 Newcastle Jets
Perth Glory remained undefeated (4 points) after a scoreless tie at home versus Newcastle Jets on Saturday. Nikki Stanton (Sky Blue FC) made her debut for the Glory but both teams were missing key players who were in China on international duty for the Matildas national side, including Caitlin Foord and Sam Kerr for Perth (both on loan from Sky Blue FC) and Tara Andrews with the Jets (who played with the Colorado Pride in the USL W-League for the past two summers).

Adelaide United had a bye week.

Next week, Perth Glory entertains Melbourne City in what promises to be a goal fest, Newcastle travels to Melbourne Victory, Brisbane hosts Adelaide and the Harbor City derby resumes with Sydney FC visiting Western Sydney. Canberra United has a bye.