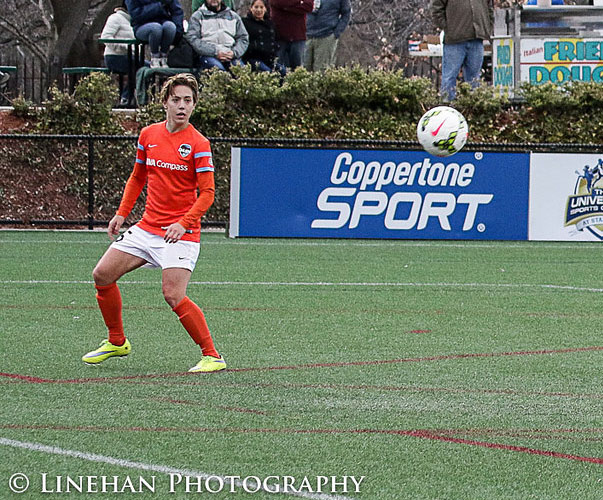 Meghan Klingenberg has been traded from Houston to Seattle, but will be left unprotected in the expansion draft so Orlando can select her and trade her to Portland. (Photo Copyright Clark Linehan for The Equalizer)

The trade which will send United States national team defender Meghan Klingenberg to Seattle Reign FC is officially complete, Reign FC and the Houston Dash announced on Friday. The Equalizer first reported the trade on Wednesday.

Club sources say the trade sending Klingenberg to Seattle was worked out independently of the Portland-Orlando trade for Morgan, but the Morgan trade nonetheless would not be happening without Klingenberg going to Portland.

Why would Seattle make the trade only to let go of Klingenberg? It is all explained here. Once Orlando selects Klingenberg from Seattle, the Reign will be protected from having any more players poached through the expansion draft. That makes their net loss a first-round draft pick in a draft class which is considered relatively weak compared to past years — and midfielder Amber Brooks. Otherwise, Seattle would have been at the mercy of Orlando taking an important, unprotected role player from their two-time NWSL Shield-winning team.

Houston gets something out of nothing for the deal. The Dash would have otherwise left Klingenberg unprotected in the draft, instead protecting Carli Lloyd and Morgan Brian (each team can protect a maximum of two U.S. allocated players, per sources; the NWSL is yet to distribute official expansion draft rules). Houston would have gotten nothing out of that from Orlando, but instead gets a potentially starting-quality midfielder in Brooks and a first-round draft pick.

“Amber is a player that I’ve wanted since I took over the team two years ago,” said Dash head coach Randy Waldrum. “Amber was a part of my U-23 USWNT, where she showed versatility by playing anywhere in defense or midfield. She’s tenacious, tough, skillful, and a great competitor who will battle until the final whistle. She very much fits into what we are trying to build here in Houston.”

The trade sending Morgan and Canadian international Kaylyn Kyle to Orlando will be announced later Monday. SI reports that the No. 1 pick, two international spots and the rights to Lindsey Horan will head to Portland. Horan is in the second year of a two-year contract with PSG.