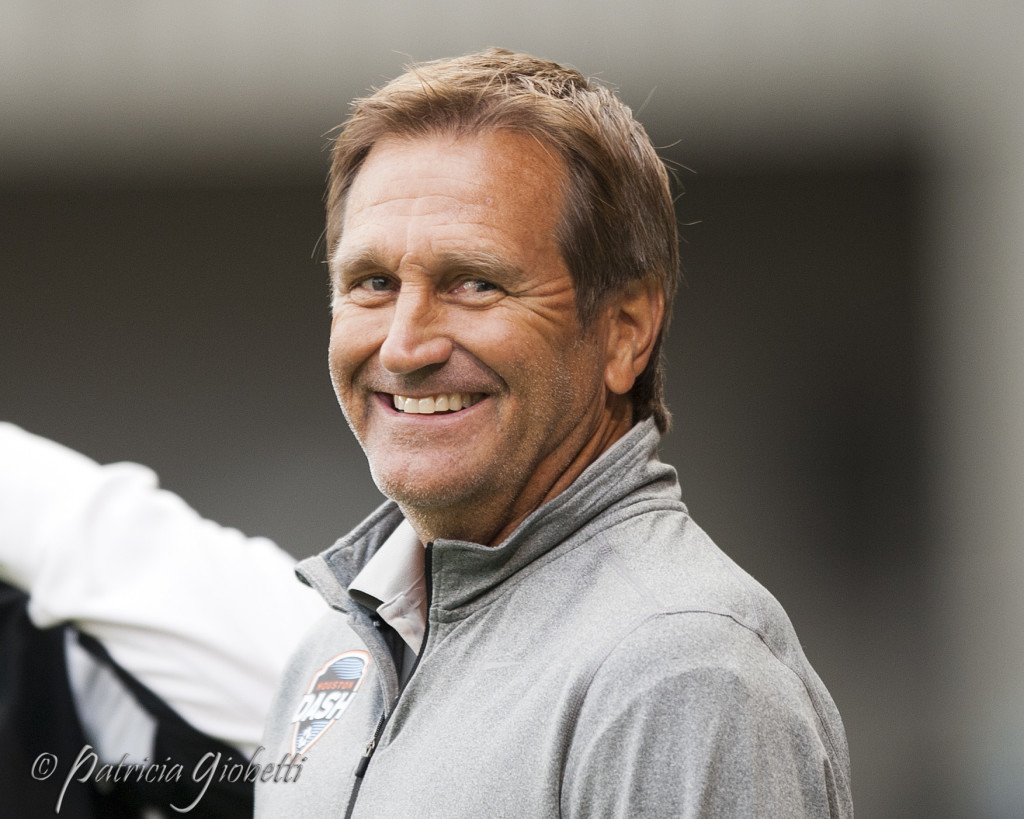 One of the worst-kept secrets in women’s soccer became a matter on public record on Tuesday when Orlando Pride were announced as an NWSL expansion club to begin play in 2016. The league’s 10th club will operate under the umbrella of Orlando City SC who are about to complete a storybook debut season in Major League Soccer.

Here is a quick run-down of what we know so far about the expansion process:

— The team will be called the Orlando Pride. There was initial disappointment about the crest not including any sort of lion, but it turns out it was not allowed due to the MLS contract with apparel partner Adidas. NWSL is outfitted by Nike.

— The club will mirror Orlando City by playing in the Citrus Bowl until an as yet unnamed downtown stadium is finished. The target date is next summer. There was no immediate word about whether the clubs will play doubleheaders, but vice president Tim Holt said attendance goals for the Pride are significant. Holt also declined to reveal the club’s internal goal.

— Tom Sermanni agreed to be the club’s founding head coach over the weekend and was introduced as part of the announcement. Sermanni coached the United States and Australia national teams as well as the New York Power in WUSA.

— The Pride will have the first selection in all four rounds of the 2016 NWSL draft. That makes their current selections Nos. 1, 11, 21, and 31. The club will also jump to the top of the waiver priority list and as well as the Discovery tiebreaker list.

— The NWSL waiver process will play out Wednesday and Thursday, and a trade window will close at 5 p.m. EDT on Friday and remain dormant through a November 2 expansion draft. Final details regarding that process have yet to be released but sources have told The Equalizer that it should look fairly similar to the NWSL’s other expansion when the Dash came on in 2014.

And speaking of the Dash, it seemed like a good time to look back at how their expansion draft played out two years ago. The rough rules were that 2013 playoff teams could protect nine players while non-playoff teams could protect 10. Teams in control of three or more U.S. allocated players were required to leave at least one exposed. The Dash were capped at two U.S. allocated players and one each from Canada and Mexico. Teams could pull one player back after losing one, and no team could lose more than two players. The rules and list of unprotected players can be found here.

Now onto the results:

1. Brittany Bock, Sky Blue FC: An easy pick to make grabbing Bock, a bruising midfielder capable of controlling a match not to mention a slew of versatility and familiarity with coach Randy Waldrum. Unfortunately, it has not worked out for Bock to this point. She tore her ACL literally minutes into the club’s inaugural match, ending her 2014 season. More nagging issues limited her to five games in 2015 and her three-year NWSL profile includes only 13 appearances. The Dash waived her earlier on Wednesday.

2. Tiffany McCarty, Washington Spirit: Another player with Waldrum ties, McCarty was the No. 2 overall pick in 2013 so her inclusion on the Spirit’s list of unprotected players was something of an admission that she was a bust. Her two seasons in Houston have hardly measured up to her draft standing but she has thrived since reuniting with Waldrum and is very good as a bench player who can change a match with a few touches.

3. Lauren Sesselmann, FC Kansas City: A risky pick as Sesselmann had threatened to go to Europe. It turned out she was preparing to report to the Dash but tore her ACL preparing for the Cyprus Cup and never saw the field in 2014. Canada supervised her recovery, limiting her to a single half of NWSL play in 2015. If she and the Dash stay the course, Sesselmann could still be a productive part of what has been a revolving door of a Dash back line.

4. Meleana Shim, Portland Thorns FC: Shim never wanted to leave Portland and spent a week pondering her future before the Dash traded her back to Portland during the college draft. The return was Nikki Washington and the No. 11 pick which was used on Marissa Diggs. Washington began the season in Houston before being traded to Boston for Kaylyn Kyle. Diggs appeared in 13 matches in 2014 and then retired. Kyle was re-allocated to the Thorns ahead of the 2015 season.

5. Ella Masar, Chicago Red Stars: In two seasons in Houston, Masar quickly became the face of the club. She scored the first home goal in team history and removed her shirt and played her usual, gritty-style of soccer every minute possible. In 2015 she was shifted to right back, a position almost completely foreign to her. Also popular with the press, Masar thanked the Dash in a retirement post on Twitter last week although the Dash have not made any formal announcement about it.

6. Meghan Klingenberg, Boston Breakers: It’s easy to forget that Klingenberg came in the expansion draft only days after being newly allocated to the Breakers—who elected to protect Heather O’Reilly and Kristie Mewis. Klingenberg has not had too much time in the Dash lineup due to being a late arrival in 2014 and a World Cup player in 2015 but she has been solid and solidified her place as the starting left back for the United States. That was far from a certainty two years ago. Klingenberg may well find herself exposed again in this expansion draft.

7. Arianna Romero, Seattle Reign FC: Another player who had just been freshly allocated, Romero quickly did solid work as an outside back for the Dash throughout 2014. After that she was allocated to the Spirit as part of some player shuffling, but like the other Mexican players never reported to her NWSL club even after the World Cup.

8. Becky Edwards, Portland Thorns FC: Edwards’ midfield partnership with Bock never transpired but she turned out to be the best of the 10 selections made in the expansion draft. Returning from ACL surgery, Edwards played every minute of every match until the finale when the timing of a loan deal conflicted with a makeup game played after the original end of the season. She was a stalwart in midfield and eventually helped the Dash land Carli Lloyd in a trade with the Flash.

9. Danesha Adams, Sky Blue FC: Adams was traded to Washington three days later for Stephanie Ochs. Ochs wound up playing in every match in 2014 and admirably transitioned to an unfamiliar defensive position. Her consecutive game streak ended early in 2015 when she tore her ACL.

Two seasons in, it can hardly be said that the Dash used the expansion draft to build the skeleton of a contending team. The club did leave national team veterans like Rachel Van Hollebeke and Kelley O’Hara undrafted. They did not take a goalkeeper, having acquired Erin McLeod a few days prior for Melissa Tancredi, who had been allocated by Canada.

The Pride figure to have some quality players available in the expansion draft and the earlier entry into the league should allow them a suitable window to try and coax a few internationals to come over. Word is the Spirit are not planning on playing hardball for local product Ashlyn Harris and will leave her unprotected. That will be a good start. But how quickly can the Pride turn into a competitive side? We’re about to have quite a bit of fun finding out.