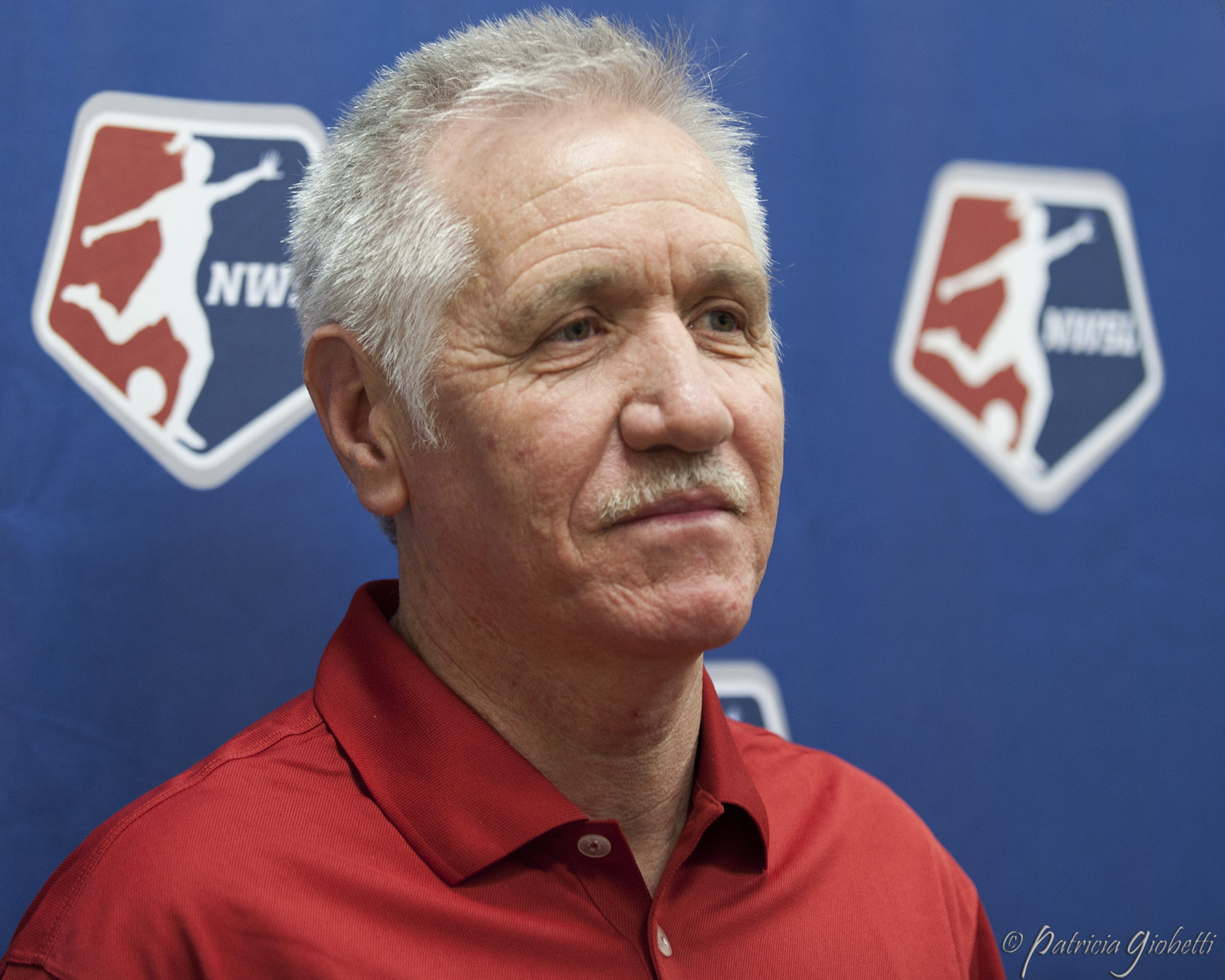 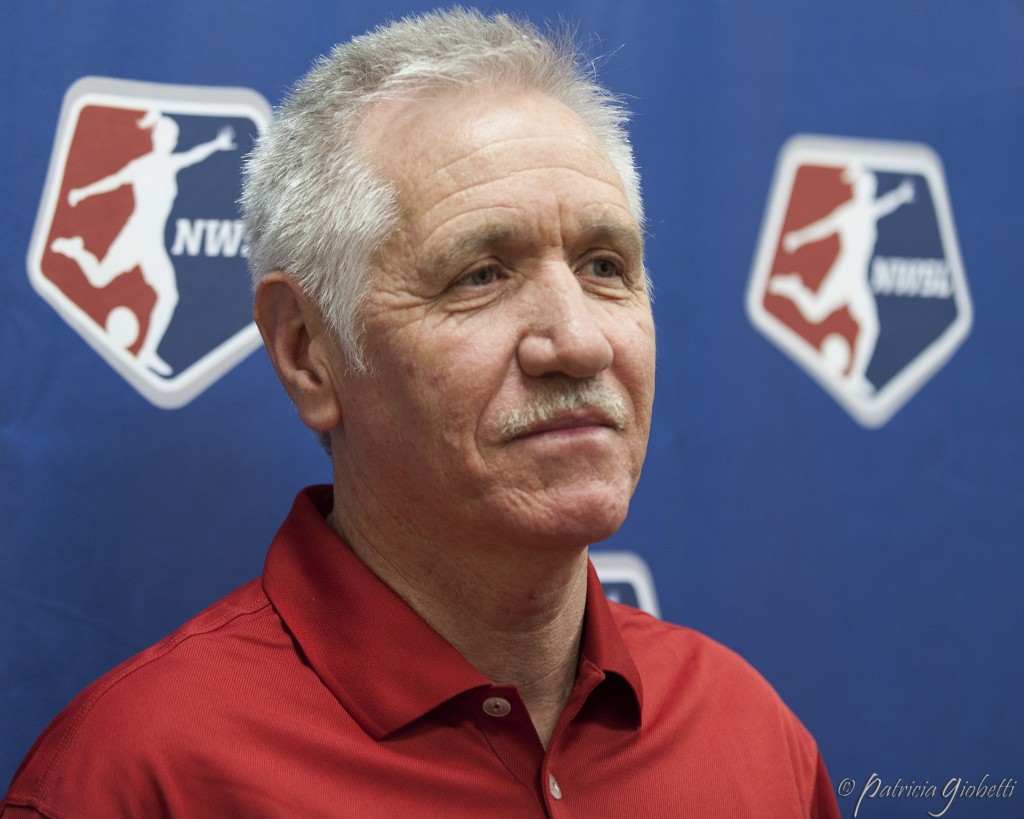 Tom Sermanni is the new coach of the new Orlando NWSL franchise. (Copyright Patricia Giobetti for The Equalizer)

The Orlando Pride came out roaring on Tuesday, announcing themselves as NWSL’s 10th franchise and at the same time naming Tom Sermanni as the club’s founding head coach. The affable Scot has coached the United States and Australia national teams as well as club teams in several countries. Most recently he served as a technical consultant to John Herdman during Canada’s run up to and through the 2015 Women’s World Cup.

Sermanni is most famous in the United States for his brief term as head coach of the national team. He took over the job from Pia Sundhage on Jan. 1, 2013 and promptly led the team through an undefeated if uneventful 2013. But thing turned south early in 2014 when the United States lost consecutive matches at the Algarve Cup, including a shocking, 5-3 decision to Denmark. They wound up finishing seventh. Less than a month later, Sermanni was let go after a 2-0 friendly victory over China.

“I’m just extremely excited, honored and very proud to be part of the Pride,” Sermanni said in a brief introductory remark on Tuesday. “I look forward to working at this extremely successful, dynamic club in this wonderful city.”

During two different stints as coach of Australia, Sermanni took the Matildas to three different World Cups. In 1995 they finished last of 12 teams as the only side not to earn a win or draw. The second tenure brought more favorable results. Australia advanced to the quarterfinals in 2007 on Cheryl Salisbury’s stoppage-time goal in the group finale against Canada. They duplicated the feat in 2011, again rallying in the final group match, this time against Norway. Sermanni is credited with uncovering much of the young talent that helped Australia win a knockout match for the first time at a World Cup earlier this year.

Between tenures with Australia, Sermanni coached in Australia, Japan, and the United States. He joined WUSA at its inception as the top assistant to Ian Sawyers with the Bay Area CyberRays, who captured the league’s first championship. After two seasons he was hired to take over the New York Power, who he turned around from a bottom-feeder in 2002 to the brink of the playoffs in 2003—the league’s final season.

Sermanni’s legacy with the Power was trading the No. 1 overall pick and the opportunity to draft Aly Wagner to the San Diego Spirit for a package that included Shannon Boxx. Boxx thrived under Sermanni and wound up on the United States World Cup team in 2003 and for the next three World Cups after that.

Sermanni will become the first person to coach in WUSA and NWSL without also being part of WPS. The only players with that distinction are Conny Pohlers and Maribel Dominguez. Current Washington Spirit coach Jim Gabarra has coached in every season of all three leagues.