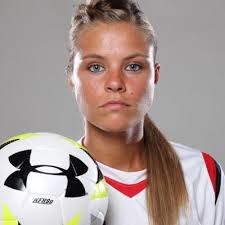 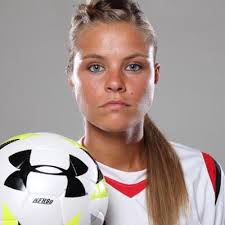 The weekend in women’s college soccer saw Notre Dame knocked off by Miami and while multiple records fell at St. John’s.

Miami shocked Notre Dame Friday night beating the visitors 1-0 in overtime. Notre Dame was ranked no. 14 heading into the match while the Hurricanes were a dismal 3-7 on the season. Gracie Lachowecki delivered the game winner for Miami in the 106th minute. Notre Dame outshot the home team 16-6 in the contest and Catalina Perez recorded 6 saves on the day.

Several records came tumbling down in Queens, N.Y. Sunday as Rachel Daly recorded a brace in St. John’s victory. In the process of recording the brace, the English native set new all-time records for career goals and points for the Red Storm. Daly, who’s been terrorizing imposing defenses since her arrival stateside 2.5 years ago, scored 23 goals in her first year with team, tied for first in the nation that season. In addition to Daly’s individual records, St. John’s also increased its winning streak to eight games, the best in program history.

The Badgers got an important win over the visiting Gophers Friday night. Senior Kinley McNicoll converted a penalty kick in the 36th minute for the game’s only goal. Minnesota is currently on top of the Big Ten standings and going into last weekend’s contest were ranked 11th in the country. Wisconsin stumbled out of the gates in conference play with a 0-4 loss to Penn State, so the win was key for a team looking to keep pace to make the Big Ten Tournament.

A Kyra Carusa goal in the 103rd minute lifted Stanford to a 3-2 victory over Arizona. Wildcat Jaden DeGracie opened scoring in 21st minute off a rebound and Haley Rosen answered for the Cardinal just two minutes later with a beautiful long range rocket. Eight minutes later, Andi Sullivan gave the Cardinal a 2-1 lead with a long range blast of her own. The sides became deadline at 2 when Gabi Stoian struck in the 71st minute. Stanford ended the game with a decisive 28-10 shot advantage.

Florida put Kentucky under intense pressure in the first half of play, but settled for a single goal. The Gators would end up ruing the missed opportunities as Kentucky found an equalizer early in the second half from Kaitlin Miller. Katelyn Jensen recorded 13 saves in the contest for the Wildcats. For her efforts, Jensen was named Division I Women’s Soccer Player of the Week by the NSCAA.

Samantha Jehnings scored the only goal of the game in the 21st minute as San Francisco shocked Santa Clara Sunday. The Broncos had twice as many shots as their opponents.

Kiana Quarles 48th minute strike turned out to be the difference maker Sunday as St. Mary’s beat Pepperdine. St. Mary’s did not have many looks at goal as Hannah Seabert was forced to make only one save in the contest. Despite a decisive advantage in shots, the Waves were unable to convert. Pepperdine and Santa Clara’s respective losses should make the WCC a bit interesting. The two sides will face off next Sunday at 1 pm PT.