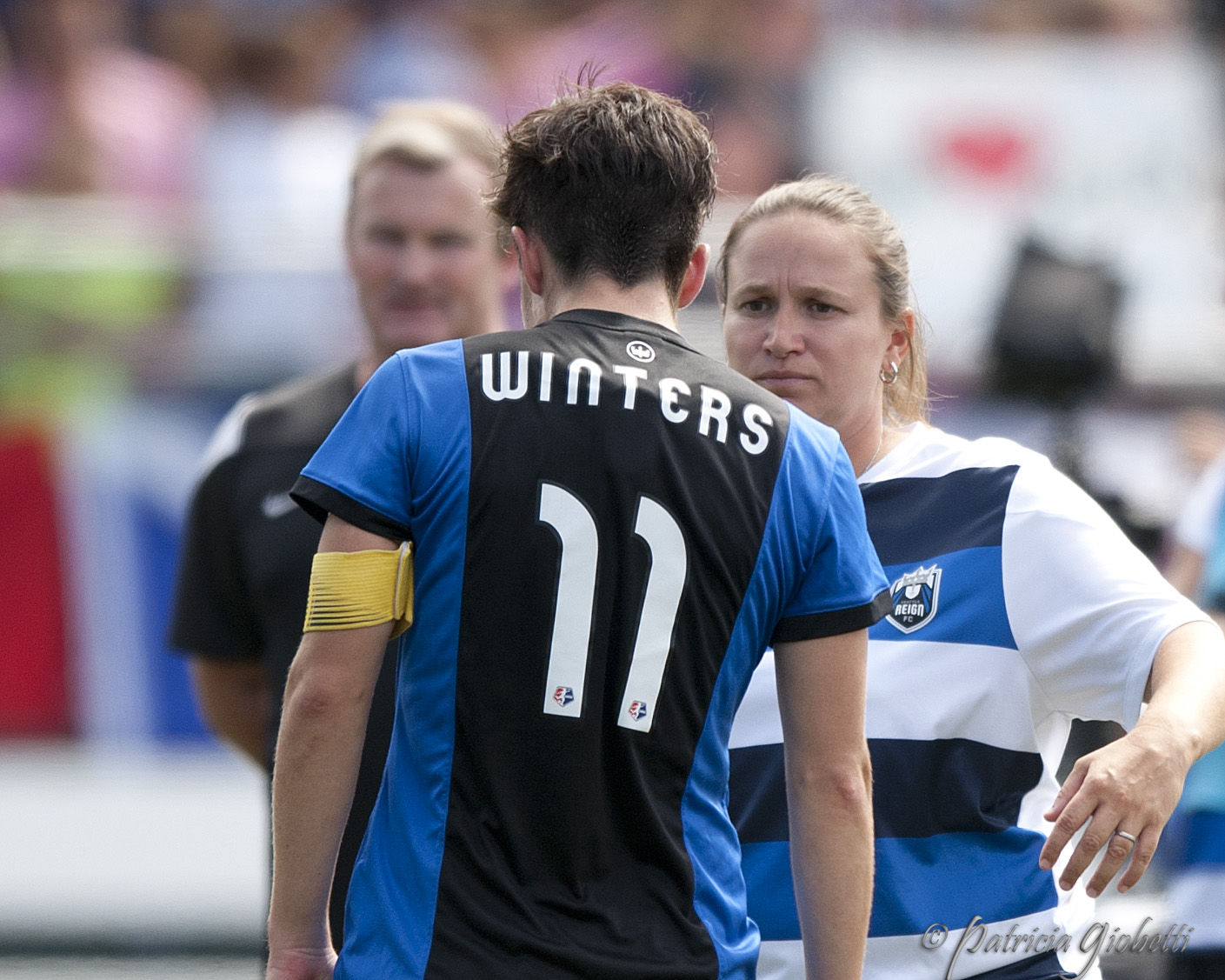 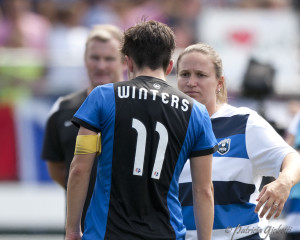 PORTLAND, OR — The Seattle Reign, who finished first in the regular season for the second straight year on 43 points, again lost the NWSL Championship TO FC Kansas City–who finished in third with 32 points–this time in neutral Portland, Oregon in front of 13,264. Reign Head Coach Laura Harvey felt that her side had let the game get away from them in the first half and came out better in the second half.

However, Amy Rodriguez scored against the run of play on a header in the box from a long cross by Heather O’Reilly in the 78th minute. Harvey explained: “That’s Kansas [City]; when you are on top, that’s when sometimes they can be at their most dangerous. They caught us when we were on top and pushing. We are massively disappointed but we will learn from it.”

Reign Captain Keelin Winters explained the strategy that saw FC Kansas City attack almost exclusively from the wings the entire game: “They have [Erika] Tymrak, who is not a fully wide player but she likes to come off of the back line and show in the space between our midfield and back line, and there is HAO [Heather O’Reilly] who is an out-and-out winger and wants to attack down the side. We were aware of their tendencies and what we needed to do to stop them and I thought we did a pretty good job of that.”

FC Kansas City head coach Vlatko Andonovski admitted his club had to attack Seattle down the wings in the game: “Seattle played the way that we expected; we were getting ready for lots of players around the middle, two players around Cheney (Holiday) and two players around Rodriguez, so we knew the game tonight would be decided from Erika or HAO. Cheney did an unbelievable job and sacrificed some of her game to allow us to build through midfielders Maddy Laddish and Jen Buzkowski so they could provide those balls for HAO and Erika. All together everyone played their role. Some had to sacrifice some of their game for the good of the team.”

Winters also felt that the Reign dropped off more in the first half when they lost possession in the attacking third: “That caused problems for us because it created space for them to run into and receive the ball. Barney [Goalkeeper Nicole Barnhart] would get the ball, she’d clear it out and they had 20 yards of space to run into. In the second half, we wanted to see if we could put pressure on them in our offensive third. That was much better and probably our main focus going into the second half.”

When asked about possible changes to the Reign side for next season, Winters said that Stephanie Cox is retiring and there are a handful of players who may not come back, but did not see it as “being as crazy as the postseason after 2013, when there were a ton of changes.” That was after the club finished its first season in seventh place [out of eight clubs] with only 18 points. Winters said: “We are going to try to get players in who can compete without our national team players and try to find international players who will not have to be gone for the Olympics, and find someone to fill Stephanie Cox’s role, which won’t be easy.”