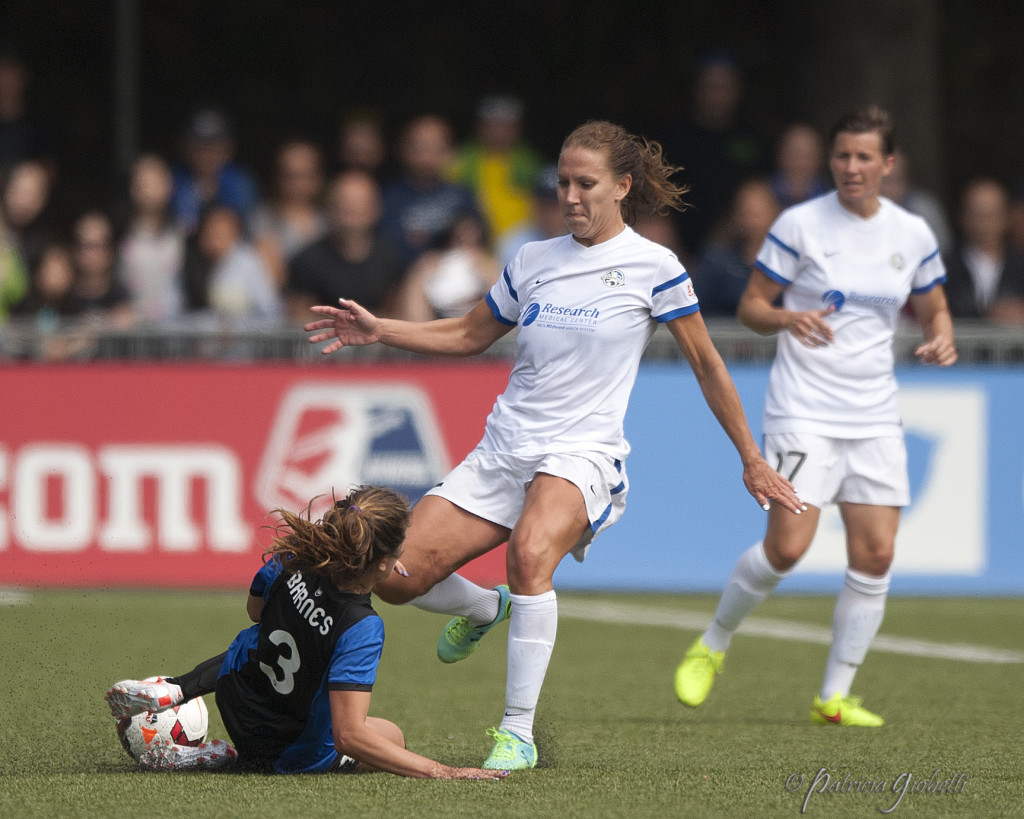 Lauren Holiday says she is saving her emotional moments with teammates until after Thursday’s National Women’s Soccer League Championship match.

But there have been random times she has been overcome by them – in the mall, in casual conversation – in the past week with her good friend, teammate and Kansas City roommate, Amy Rodriguez, in which Holiday has had to catch herself.

Goodbyes are for after the game is over.

Thursday’s match will be Holiday’s last on the club level, one day after her 28th birthday. She announced after winning the 2015 World Cup with the United States that she would retire at the end of the year in order to focus on her family and pursue her passion to give back to others in the world.

Carli Lloyd scored the famous hat trick the 2015 World Cup final victory over Japan, but Holiday quietly registered the game-winning goal. She exits the international scene as a World Cup champion. But Holiday is part of a niche of U.S. players – several of whom are FC Kansas City teammates – truly driven to win ‘the double’: an NWSL title (which would be Kansas City’s second straight) to go with the World Cup.

It’s a fitting stance for Holiday to be so invested in the club, for as much as she has done for the club – convincingly winning the 2013 league MVP award and assisting both Kansas City goals in last year’s final to take Championship match MVP – the club has arguably done more for her. The relationship is symbiotic, and it is hardly a stretch to say that much of what Holiday did on the plastic pitches in Canada this summer was a product of her time with the Blues.

“I came to this club and they just reignited my passion for the game,” Holiday told The Equalizer. “Vlatko (Andonovski, FC Kansas City coach) especially, I’ve never had a coach that believes in me so much. It’s not just me; it’s every player on this team. He has our backs, he encourages us, he thinks that we are the best players in the league. I think to feel that from your coach is so rare and so special, that I think he completely changed my passion for the game.”

Holiday lauds her time with FC Kansas City, a club went from drawing head-scratching curiosity by fans and media at the inception of the NWSL in 2013 to a club on the verge of a second straight title with a win over Seattle Reign FC. The club transformed her into the world-class midfielder she is today.

Andonovski says Thursday’s match will be won in the midfield, where Holiday plies her trade. Holiday says the X-factor will be finishing opportunities, like Rodriguez did with two goals in last year’s championship (both assisted by Holiday). But regardless of who wins or which area of the field decides the match, it is expected to be a wonderful display of intelligent soccer.

Both Holiday and Andonovski said the team is not thinking about the pending retirement of one its leaders. That hasn’t stopped Rodriguez from getting emotional. “I think I’ve cried over this way too much,” she said last week. The tears were not held back in Kansas City’s final home match, when Rodriguez took the microphone to give a speech on Holiday.

But like last year’s team motto, FC Kansas City still has to finish it.