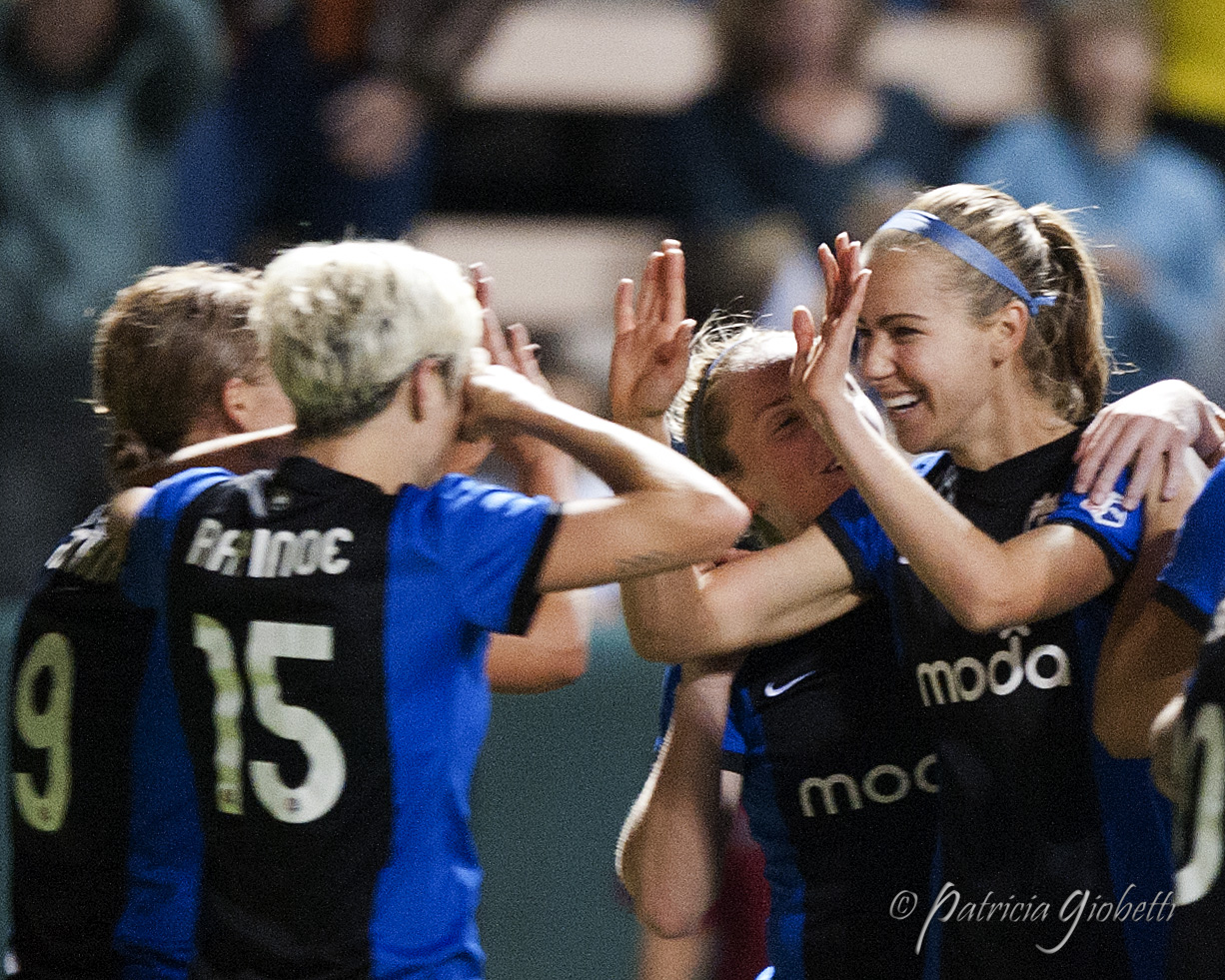 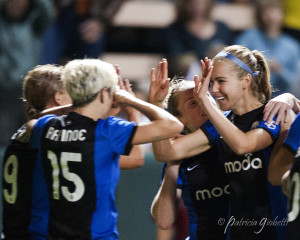 PORTLAND, OR — Here are some news and notes from 2015 NWSL Championship Week:

Yanez ready to go:  The injury report for both teams was clean save for Havana Solaun who has been out the entire season for the Reign.  The most notable absence was Beverly Yanez who declared herself fully fit, a sentiment backed up by coach Laura Harvey.  Yanez tweaked her hamstring August 21 on a wet pitch in Houston and missed the final three matches of the regular season.  She returned off the bench in the semifinal and her first touch broke a scoreless tie in the 71st minute.

In 16 starts before the injury Yanez played 90 minutes only four times.

“I tried to prepare myself mentally as much as possible to come in and really have an affect on the game.  Pinoe (Megan Rapinoe) sent in a great ball and I was really thankful that I was able to put it away for the team.”

Ticket sales in excess of 12,000:  As of midday Wednesday, more than 12,000 tickets had been sold for the first neutral-site championship match in NWSL history.  Barring a late surge to sell out the match, it will likely fall second or third for highest attended finals in women’s pro soccer in the United States.  In 2001 the Bay Area CyberRays defeated the Atlanta Beat on penalties in front of 21,078 at Foxboro Stadium in Massachusetts.  The next year the Carolina Courage beat the Washington Freedom with 15,321 on hand at Herndon Stadium in Atlanta.

Fishlock’s theory on the final:  Jessica Fishlock said she believes the team that plays best without the ball will win the final—we think.  “I think the game will honestly be who is actually better without the ball, when they have the ball.  If you can work that one out—good luck.  But I think both teams are very good at that so it will come down to who does that better.”  Fishlock and Kansas City defender Becky Sauerbrunn are the only two players to be named to the league’s Best XI all three seasons.

FCKC expecting high pressure:  Sauerbrunn said that one of the keys for Kansas City to repeat will be breaking the Reign’s high pressure.  “We’re going to have to deal with their pressure,” the three-time Defender of the Year said.  “They’re very good at high pressuring.  It’s going to be important for us to break their flow and breaking pressure with small passes and then also looking long when we need to.”

Leroux weighs in:  Sydney Leroux has a unique perspective on this match.  She was on the Reign in 2014 and made no secret of her disdain for the club after departing.  She requested a trade to Kansas City where her husband Dom Dwyer plays for Sporting Kansas City.  The Reign tried to acquiesce but could not find a deal with the Blues, eventually sending Leroux to the Flash.  Appearing earlier this week on Men in Blazers, Leroux offered her prediction on the final.  Check it out around the 36:00 mark here. Also included is Abby Wambach who was in the trade for Leroux but sat out the season. The Reign own her NWSL rights.

Holiday wants another NWSL title before retiring
Blues, Reign not the only teams pleased to reach final