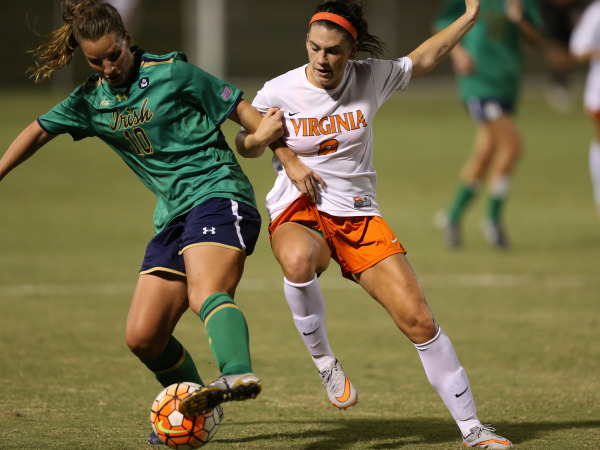 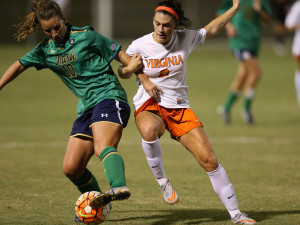 The past week in women’s college soccer saw the Luck of the Irish prevail over the No. 1 team in the nation. Here’s what you missed:

No. 1 Virginia Upset by Notre Dame

On Thursday, Illinois did two things that the previous eight teams to face the Scarlet Knights could not. Illinois scored not one, but two goals, and handed Rutgers their first loss of the season. Kara Marbury provided the game winner and also notched an assist on Illinois’ first goal. Cassie Inacio scored Rutgers’ only goal of the match. Rutgers also lost Sunday to Northwestern, 1-0.

Auburn’s Casie Ramsier scored four goals total on the weekend, including the game-winners in both contests for the Tigers this week. Her massive weekend doubled her offensive production for the season. Ramsier scored twice in each of Auburn’s games this week against Louisiana State and Florida, respectively. Ramsier scored the winner in overtime in the Louisiana State contest and scored the winner against the Gators on Sunday with just 25 seconds remaining. The junior midfielder earned SEC Offensive Player of the Week honors for her efforts.

The Aggies, who were ranked fourth prior to last weekend, lost to Georgia, 2-1 on Sunday in a surprising result. Prior to the match, Georgia had a single win on the season. Marion Crowder and Caroline Waters each recorded a goal in the contest. Haley Pounds notched Texas A&M’s only goal.

Connecticut came from behind twice to beat the Golden Knights, 3-2 Sunday. Rachel Hill had two goals for the Huskies and Samantha McGuire also notched a goal and an assist. Ashley Spivey and Morgan Ferrara tallied for Central Florida.

A full 110 minutes wasn’t enough to declare a winner as Nebraska and Penn State played to a 1-1 tie. Caroline Flynn scored early for the Cornhuskers, but Emily Ogle answered for the Nittany Lions in the 81st minute.

Sermanni interested in NWSL; hasn’t been called
The Lowdown: How the final will be decided