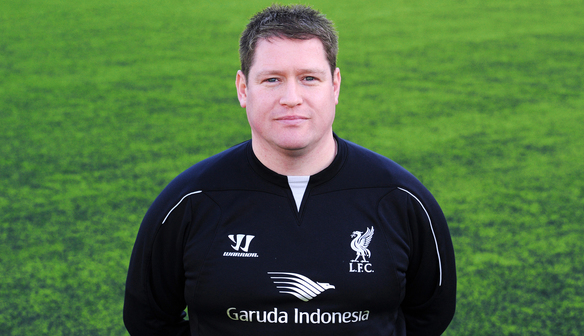 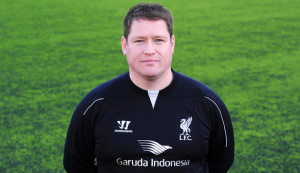 Matt Beard is the new manager of the Boston Breakers. (Photo: Nick Taylor/LFC)

Beard turned around a dismal Liverpool team which finished last in the league in 2011 and 2012 — the league’s first two seasons — into back-to-back title winners in 2013 and 2014. Liverpool won only one game in each of its first two seasons before Beard took over. There will not be a three-peat for Liverpool this season as the Reds currently sit in sixth place with 13 points from 12 matches. He will finish out the season with Liverpool before joining Boston.

“I am excited at the prospect of challenging myself abroad in a league as competitive as the NWSL with the Boston Breakers,” Beard said. “Me and my family are looking forward to moving to a great city, and I cannot wait to get started.”

The Breakers job became available earlier this month when Tom Durkin stepped down as Breakers coach after compiling a 10-29-5 record in two seasons with Boston.

Beard will hope to construct a turnaround for the Breakers the way he did for Liverpool, but the order is tall. Boston finished last in the NWSL this season with a 4-13-3 record, taking 15 points from 20 games.

“I am delighted to be bringing someone of Matt’s capabilities in to the Breakers. He is a very knowledgeable coach, his on and off field philosophies match our ambitions, and he has a strong success record at each of his clubs,” Boston Breakers general manager Lee Billiard said. “We believe the hiring of Matt as our head coach is a big statement for what we want to do here in Boston, and also a strong statement for the league.”

Beard was in charge at Chelsea before Liverpool. He becomes the fourth active British-born coach in the nine-team NWSL.