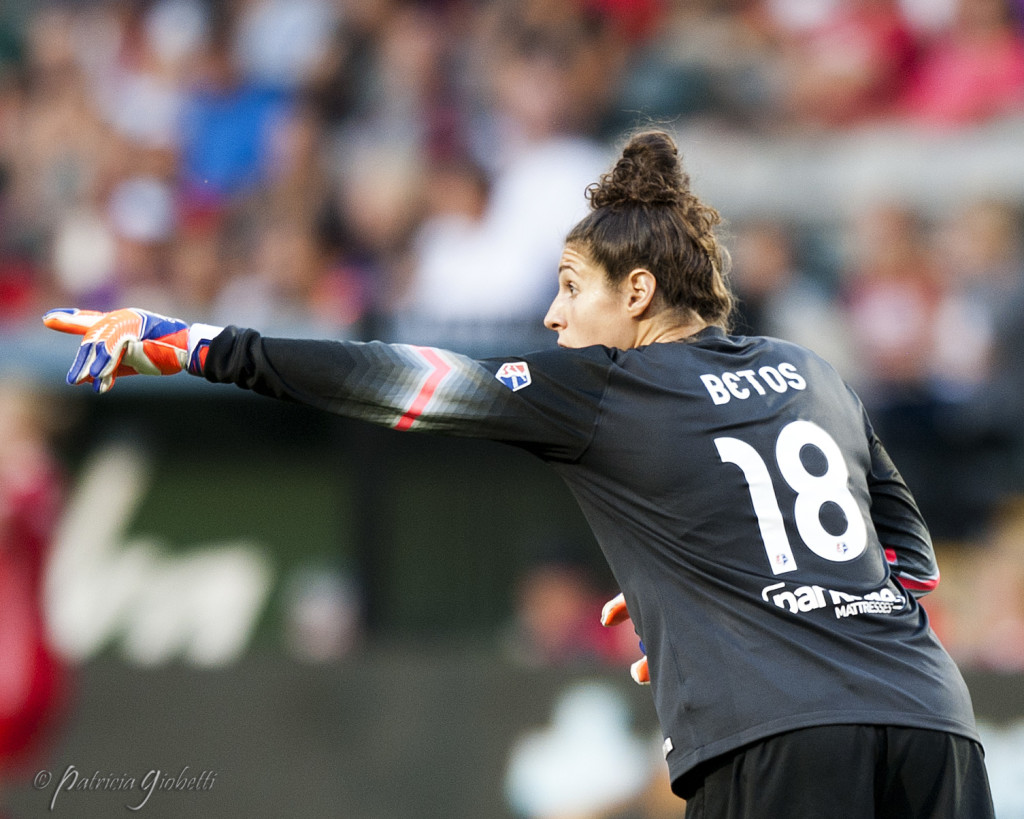 Michelle Betos is the 2015 NWSL Goalkeeper of the Year. (Photo Copyright Patricia Giobetti for The Equalizer)

Betos made 45 saves and had a a 1.286 goals-against-average in 14 appearances this year. She is the first Thorns player to ever win a year-end NWSL award. Third in the league in minutes among goalkeepers, Betos went 5-7-2 in net, playing most of the season due to Germany goalkeeper Nadine Angerer’s extensive absence for the World Cup. Angerer retired following the season, making Betos the future in Portland.

But Betos’ most famous moment wasn’t a shot-stopping one — it was when she scored one of the most dramatic goals in league history. With Portland trailing FC Kansas City, 1-0 deep into stoppage time on June 19 — late on a Friday evening smack in the middle of the World Cup — Betos went forward for a corner kick. The Blues left her unmarked, and Betos executed a diving header to perfection on Allie Long’s corner kick for the equalizer:

So Betos wins the NWSL’s goalkeeping award, and she may have won goal of the year if the award existed.