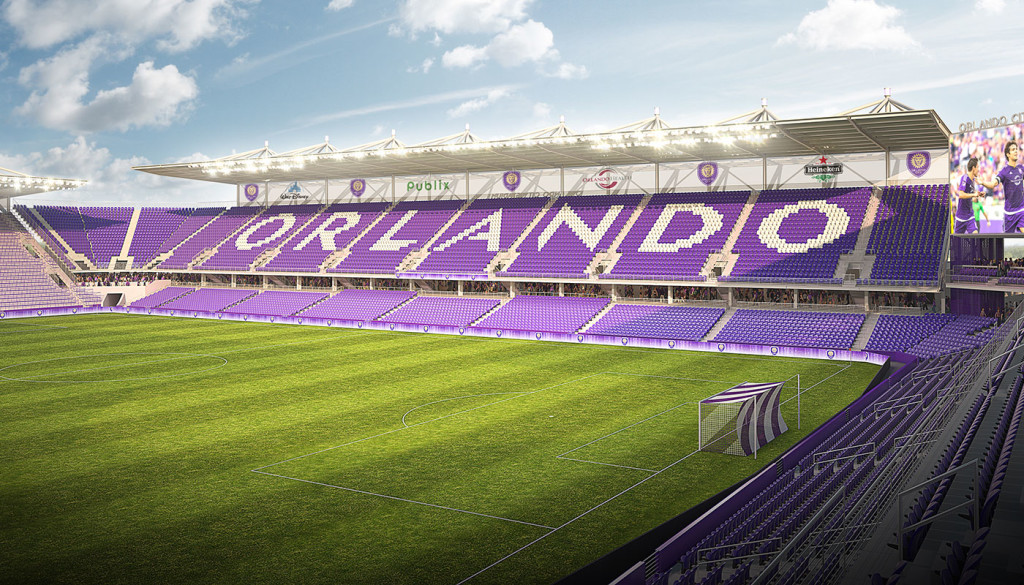 Orlando City will roll out a new 25,500-seat soccer stadium next summer, and it could house both an MLS team and a NWSL team. (Photo: Orlando City SC)

Orlando City SC looks set to become the 10th National Women’s Soccer League franchise in 2016 and the third MLS-affiliated club to join the league. That report comes from The Guardian and is consistent with what sources have told The Equalizer over the past weeks.

One source tells The Equalizer that expansion is a definite for 2016, with Orlando likely to be the team and already beginning to make plans to build out its staff. Real Salt Lake is the other MLS team to publicly express interest in the NWSL. Multiple attempts to contact Real Salt Lake regarding an update to their plans were unsuccessful.

The owners of all nine current NWSL teams will meet ahead of the league championship on Oct. 1 in Portland, Ore. Expansion plans should be finalized by then; a source with knowledge of the situation says that expansion is down the final stages of an owner vote for approval.

I'm told the next #NWSL board meeting will include some sort of vote on expansion. Orlando said to be in the mix. Nothing definitive though

Orlando City’s situation closely mirrors that of Houston’s two years ago. The owners of MLS’ Houston Dynamo quietly began working on expansion plans early in the summer of 2013, but that wasn’t publicly revealed until September of that year, when it seemed too late to bring in a team for the following season. But by the first week of December, the Houston Dash were officially born, and the club has grown to be relatively successful on and off the field at the end of two seasons. Portland remains an anomaly which no other city will replicate off the field, averaging over 13,000 fans per game each season. But Houston is the model for MLS franchises to launch successful.

Orlando City initially deflected inquiries earlier in the summer regarding the club’s NWSL interest, but last month acknowledged that a women’s professional team is on its radar. Orlando City SC will open a new 25,500-seat, downtown soccer-specific stadium next summer, midway through the club’s second MLS season.

“We made no secret of the fact that we’d like to bring a women’s professional team here,” OCSC president Phil Rawlins told reporters last month. “We continue to have dialogue with NWSL, we’ve not taken that to a point where we can make any announcements on it, but we certainly declared our interest at something we would be interested in.”

NWSL commissioner Jeff Plush has left the door open for 2016 expansion, telling The Equalizer last month that plans would need to be finalized by around Oct. 1.

Orlando will host the U.S. women’s national team on Oct. 25 at the Citrus Bowl — the current home of Orlando City SC — for a friendly match against Brazil as part of the Americans’ World Cup victory tour.