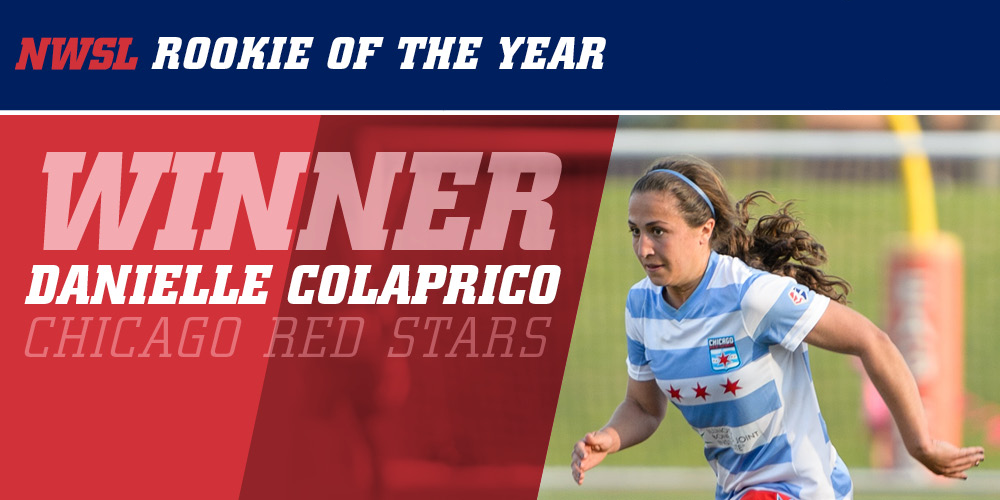 Danielle Colaprico was named the 2015 National Women’s Soccer League Rookie of the Year on Thursday.

Colaprico, 22, started all 20 games for the Red Stars this season and played all but 24 minutes this season – amassing 1,776 minutes. Colaprico was the No. 9 overall pick, the last player taken in the first round.

It is the second straight season in which a Red Stars player has won the NWSL Rookie of the Year award. Julie Johnston took that title in 2014.

The Red Stars lost their first-ever playoff game convincingly on Sunday, falling 3-0 to defending champions FC Kansas City in the semifinals at Toyota Park. FC Kansas City defender Becky Sauerbrunn gave the rookie, Colaprico, a nice welcome to the league with a dash of trolling to congratulate her for the award:

Congrats @dannycolaprico on your NWSL Rookie of the Year award! @AmyRodriguez8 might not feel as excited about it ? pic.twitter.com/xigUJT9WPh

Colaprico prevailed to win the award on a Chicago team which included impressive fellow rookies Sophia Huerta and Arin Gilliland. Huerta scored six goals and added three assists in 19 games. Gilliland also played in 19 games as a defender. The trio of Red Stars rookies are a large reason for the team’s success this season, as Dan Lauletta wrote last week.