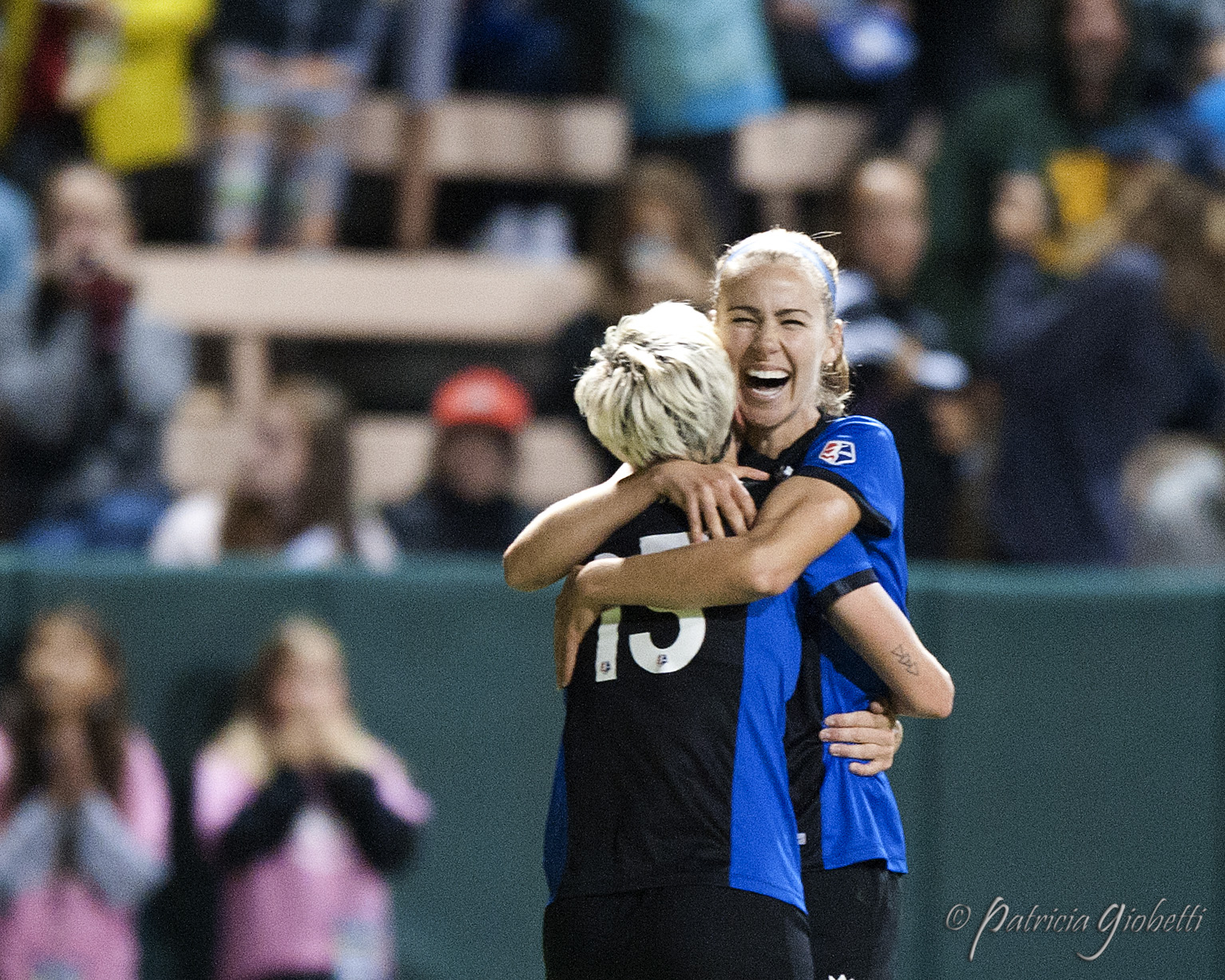 One touch is all Beverly Yanez needed to make a difference, and it was enough to send Seattle Reign FC back to the NWSL Championship for a rematch with FC Kansas City.

Yanez scored on her first touch in the 71st minute — some 90 seconds after entering the match — to lift Seattle past the Washington Spirit, 3-0 on Sunday at Memorial Stadium. Megan Rapinoe set up the goal with a nifty move on the left flank and then scored Seattle’s second goal four minutes later to bury the Spirit, who also lost last year’s final to Seattle on the same field. Mariah Bullock (nee Nogueira) added a third goal in the 90th minute.

The Reign have never lost a match at Memorial Stadium, improving the 18-0-6. Seattle and FC Kansas City will play for the title on Oct. 1 at Providence Park in Portland, Ore. Last year, FC Kansas City beat Seattle, 2-1 in the NWSL Championship.

“Getting caught playing a team that is obviously the best in the league and being up against it was always going to be tough,” Spirit head coach Mark Parsons said. “You just hope that when you get your momentum you are going to get one and obviously we didn’t.”

Seattle dictated much of the play on the evening but failed to convert any opportunities for 70 minutes, mostly due to Spirit goalkeeper Ashlyn Harris’ heroics.

Harris’ most spectacular save came in the 54th minute, when she tipped Stephanie Cox’s left-footed shot over the bar. She made a reflex save the second ensuing corner kick to keep the ball out of the net after it ricocheted off the leg of Spirit midfielder Chritine Nairn.

And Harris got help from the post just four minutes into the match, when a well-worked Reign combination ended with Merritt Mathias’ shot hitting the post and trickling square across the goal line but never going into the net.

The Reign, however, were persistent. Yanez entered the game in the 69th minute, seeing the field for the first time since August 21, when she left a match against Houston in the first half with a strained hip. Yanez scored nine goals in the regular season, one fewer than 2014 league MVP Kim Little. Yanez’s goal on Sunday was a tap-in inside the six-yard box after Rapinoe cut back the ball and separated herself from Whitney Church on side of the 18-yard box.

Four minutes later, Rapinoe iced the game when she cut inside onto her right foot and buried a shot past Harris at the far post. Bullock replaced Rapinoe in the 89th minute and, just like Yanez, scored on her first touch of the game with half-volley.

Washington played the match without captain and U.S. international Ali Krieger, who attended her father’s wedding, which also took place on Sunday.

Krieger only played in eight matches for the Spirit this season due to World Cup duties with the United States and an early-season concussion. Parsons says that due to her extended absence, he already had a good handle on how the team would play without her.

“You know what the season looks like without a World Cup player,” Parsons said. “You always want everyone there. Ali is a very special player. Congrats to her and her dad tonight and my full support is with Ali.”

Seattle kept in check the league’s Golden Boot winner, Crystal Dunn, who scored 15 goals in the regular season but struggled to get on the ball in a withdrawn striker role before Spirit coach Mark Parsons shifted her to a wide role in the second half.