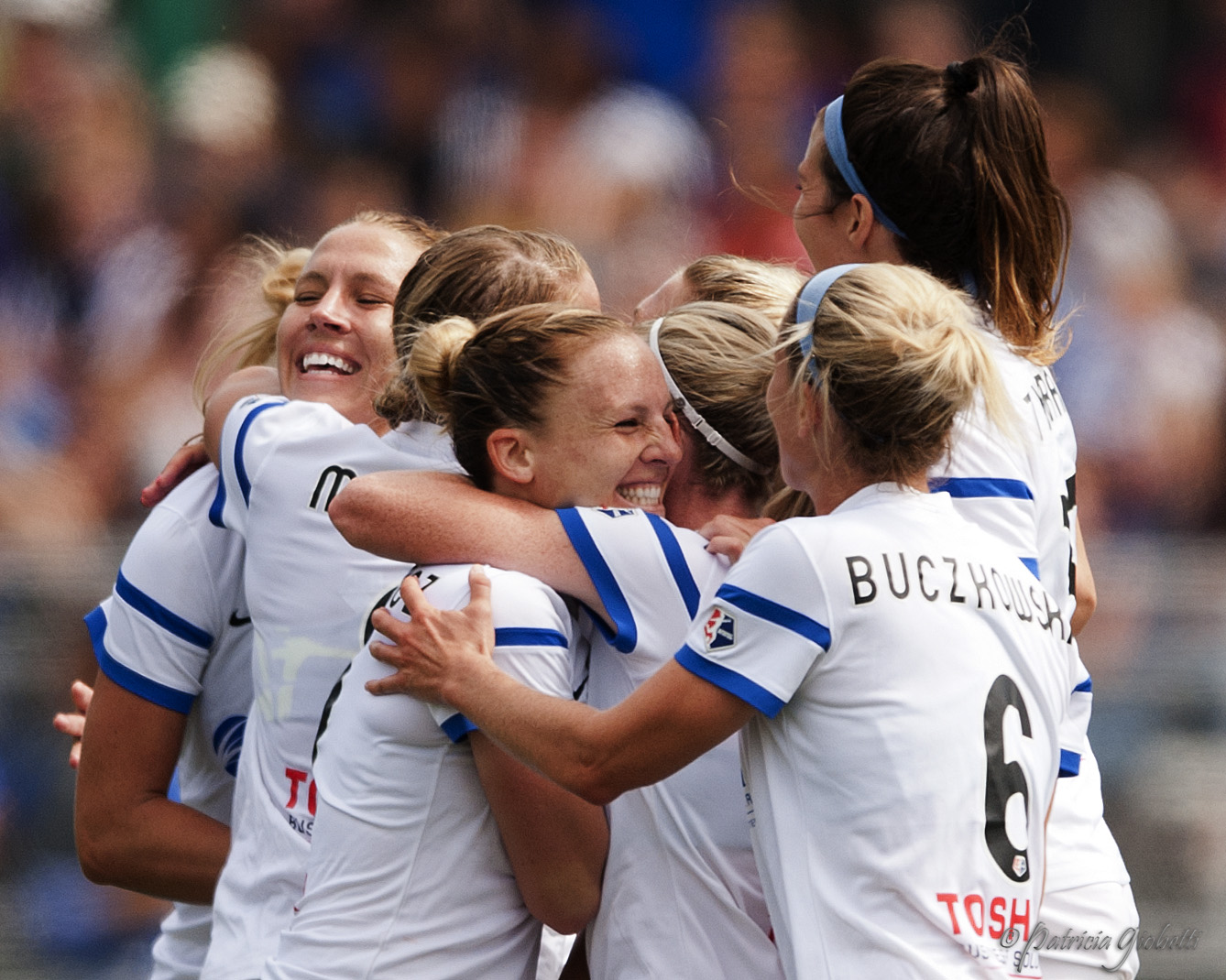 FC Kansas City jumped on the Chicago Red Stars for three early goals and cruised to a 3-0 victory Sunday at Toyota Park to move within a match of repeating as NWSL champions.

The match turned on an early mistake by Red Stars goalkeeper Michele Dalton who got the starting nod over veteran Karina LeBlanc who went into retirement with the loss.  With the Red Stars getting the better of the early possession, Abby Erceg played a ball back to Dalton’s feet but left a lane for Lauren Holiday to run up to the keeper for a challenge.  Holiday blocked the clearance, and the ball went to Amy Rodriguez who finished it with her left foot to give the Blues a lead after only 12 minutes.

[LAULETTA: 3 observations from the match]

The Red Stars continued to put the pressure on FC Kansas City who were content to sit back and counter for much of the afternoon.  They doubled the lead on a perfect, 21st minute counter after Becky Sauerbrunn slid over to erase what looked like a promising Red Stars attack.  Sauerbrunn dispossessed Alyssa Mautz and the the next time the Red Stars touched the ball was to pull it out of the back of the goal.  After working the ball quickly through midfield the Blues found Heather O’Reilly in space on the right side.  O’Reilly cut inside in Arin Gilliland who took away the path to the goal leaving O’Reilly to move to her left.  After a quick, short-range, give-and-go with Rodriguez, O’Reilly played the ball to the right side of the box where Erika Tymrak took two touched and beat Dalton with a perfect shot to the roof of goal.

The dagger came in the 25th minute.  Nicole Barnhart took a free kick from deep in her penalty area and O’Reilly won the midfield header from Gilliland to flick the ball in the direction of Rodriguez.  Rodriguez took a cheeky touch to beat Ereg and was off to the races.  She faked Dalton off her feet and patiently waited for the right time and angle before calmly scoring her second of the match to make it 3-0.

Rodriguez now has five goals in three playoff matches for FC Kansas City including a pair of multi-goal games. The other player with a multi-goal playoff game is Carli Lloyd for the Flash against Sky Blue in the 2013 semifinals.

The Red Stars brought Sofia Huerta on at halftime and Melissa Tancredi after that and did their best to push forward and get themselves back in the match.  Ultimately they could never completely unlock Sauerbrunn, Barnhart, and the FC Kansas City defense.

FC Kansas City advance to the final for the second year in a row.  In 2014 they beat the Reign, 2-1 in Seattle.  The final is Thursday, October 1 in Portland against the winner of Sunday night’s Spirit-Reign match.