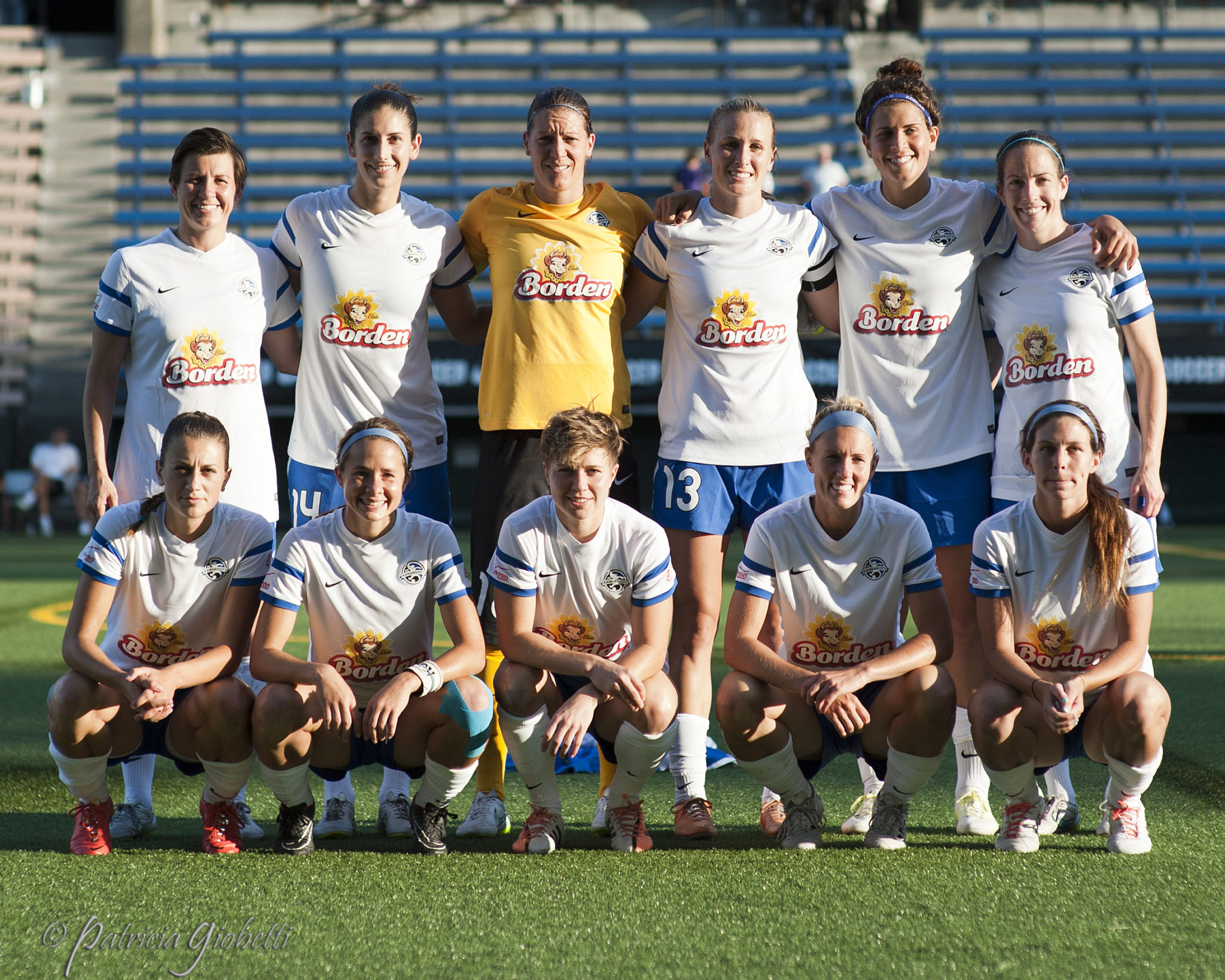 FC Kansas City is the only team to make the playoffs all three NWSL seasons. (Photo Copyright Patricia Giobetti for The Equalizer)

The defending league champions are the only club to have made the postseason on all three occasions in the young league, but this time around, things are different.

For starters, they are on the road for the first time. Kansas City played host to the semifinals each of the last two years – both against Portland Thorns FC – but on Sunday, the Blues travel to take on the Chicago Red Stars at Toyota Park (1:30 p.m. ET, FS1), a fittingly larger stage than either team’s usual home grounds for a match of such magnitude.

Location isn’t the only difference this year, however. Two years ago, FC Kansas City was by August of that year viewed as the league standard for beautiful soccer after putting together a 10-match unbeaten run before slipping toward the end to finish second in the regular season.

Last year was similarly impressive, although Seattle Reign FC surpassed that unbeaten streak with a 16-match run of their own and took claim to being the standard-setting team of style. Still, FC Kansas City prevailed over Seattle on the road in the final for their first title, with Lauren Holiday and Amy Rodriguez taking over the game.

“We had another good year. We had another great season,” he said nonchalantly. The 2014 NWSL coach of the year continued: “We had our goal set up in front of us and our goal was to make the playoffs.”

Now they are here again, for the third time, which no other team can say. Their opponent is a Chicago team that isn’t just making its playoff debut, but one which is a young team starting several rookies and second-year players – important, impactful young players, but young players nonetheless. That oft-referenced intangible quality of experience could be a factor on Sunday.

“I think it’s helped us in the past that we’ve got experience playing in the playoffs,” FC Kansas City defender Becky Sauerbrunn said. “We’ve won a semi and we’ve lost a semi, so I think it’s good that we are bringing that experience into the game on Sunday.”

This season has been the most challenging of the three for every NWSL club. The World Cup landed smack in the middle of the league’s calendar, forcing the NWSL to take a two-week break and to play before and after that gap without many of its star players. Every team needed to plan accordingly, and some did so better than others. 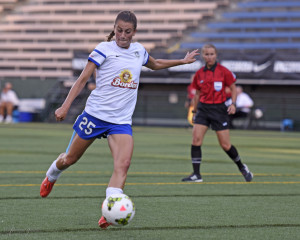 Mandy Laddish has stepped into an important role for FC Kansas City this season. (Photo Copyright Patricia Giobetti for The Equalizer)

Andonovski said the absence of World Cup players – U.S. World Cup champions Sauerbrunn, Holiday, Rodriguez and Heather O’Reilly all play for the Blues – allowed for players like Mandy Laddish and Shea Groom to prove themselves on the professional stage. That was all part of the plan in the offseason, when the Blues “were trying to cover every angle possible,” Andonovski said. The foundation put down by the veterans gave youngsters like Groom and Laddish the opportunity to thrive.

“I think one of the main reasons [for continued success] is that we kept the core of the team, of course with Becky, Cheney being on the team – Barnie, Leigh Ann and Buzz,” Andonovski said, referring to Sauerbrunn, Holiday, goalkeeper Nicole Barnhart, defender Leigh Ann Robinson and midfield stalwart Jen Buczkowski.

“So we had a good core of players, good leaders that enjoy the philosophy, enjoy the style and believe in what we do. So everyone else that came onto the team, it was easy to buy in when we have some of the best players in the world.”

This could be the last go-around for this core. At least one very essential member of it – Holiday – is retiring at the end of the year. She has talked about wanting to go out as a World Cup champion and an NWSL champion. Sauerbrunn says adding a league title to the World Cup triumph is a topic of conversation among many U.S. players.

For FC Kansas City this postseason, the hope is that the more things change, the more they stay the same, since success has been the standard.

Rookie trio shines on, off field for Red Stars
Dunn added to USWNT roster for matches vs. Haiti