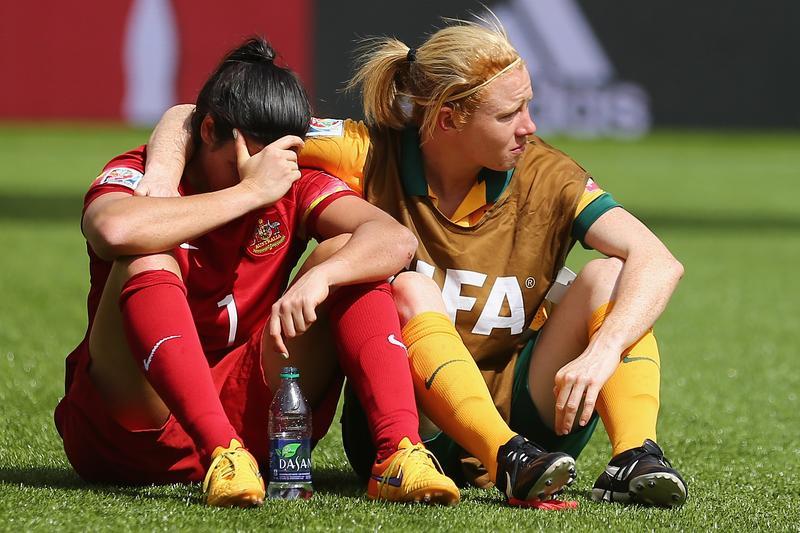 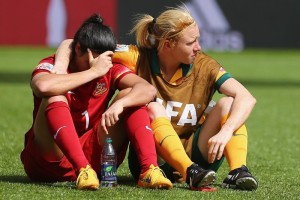 Australia will not play its two scheduled September matches against the USWNT, according to the FFA. (Getty Images)

Australia will not play the United States in two matches this month, as originally planned. That announcement came from Football Federation Australia chief executive David Gallop on Thursday. The matches are a casualty of Australia’s player strike, which includes its women’s national team, the Matildas.

Australia was scheduled to play the United States on Sept. 17 in Detroit and Sept. 20 in Birmingham, Ala., as part of the Americans’ Women’s World Cup victory tour. A U.S. Soccer spokesman told the Associated Press on Thursday that 31,000 seats had been sold for each of the matches. Australian media reports suggest that U.S. Soccer would lose over $1 million if the matches are canceled.

On Wednesday, the PFA — the union which represents Australia’s men’s and women’s players — said the Matildas’ trip to the U.S. had been canceled after the team refused to show up for practice.

U.S. Soccer said in a statement that the two matches are still on, but the opponent will not be Australia:

“Since we became aware several days ago that Australia might not travel to the U.S. to compete in the two matches, we have been in communication with other Federations about their Women’s National Team serving as a replacement for both games. Those discussions are ongoing and we hope to have an agreement finalized soon.”

The Matildas are seeking an increase in their 21,000 Australian dollars ($14,475) a year contract to A$40,000 ($28,000). FFA has refused to increase their salary, which is based over a six-month playing period, to the higher figure, saying the increase was not sustainable. Gallop has said the Matildas have been dragged into an issue that is mainly about the men’s players.

“The players are currently uncontracted, and are under no obligation to participate in any Matildas-related activities,” PFA chief executive Adam Vivian said in a statement.

Six current Matildas reportedly still want to travel to the U.S. to play. Lisa De Vanna is one of them.

“I just want to play for my country. It’s all I want to do,” De Vanna, 30, told News Corp Australia. “If my coach calls me and asks me to play I will always make myself available.”

Australia coach Alen Stajcic is reportedly planning to send a squad to the U.S., regardless of the dispute, although details of logistics are unclear.

Word is, Matildas coach Alen Stajcic plans to send a team to the USA, regardless.

“In my position at the moment it’s been hard to get a job, but for me it’s coming down to almost a choice now. Do I make myself available for Matildas duties, or do I work?”

Australia made the quarterfinals at the 2015 World Cup, beating Brazil in the round of 16 for the country’s first knockout-stage victory at a World Cup for either the men’s or women’s team.

The Lowdown: My 2015 NWSL awards ballot
Durkin out as Breakers coach, takes over youth role