Early flurry lifts Flash to win over Thorns in finale 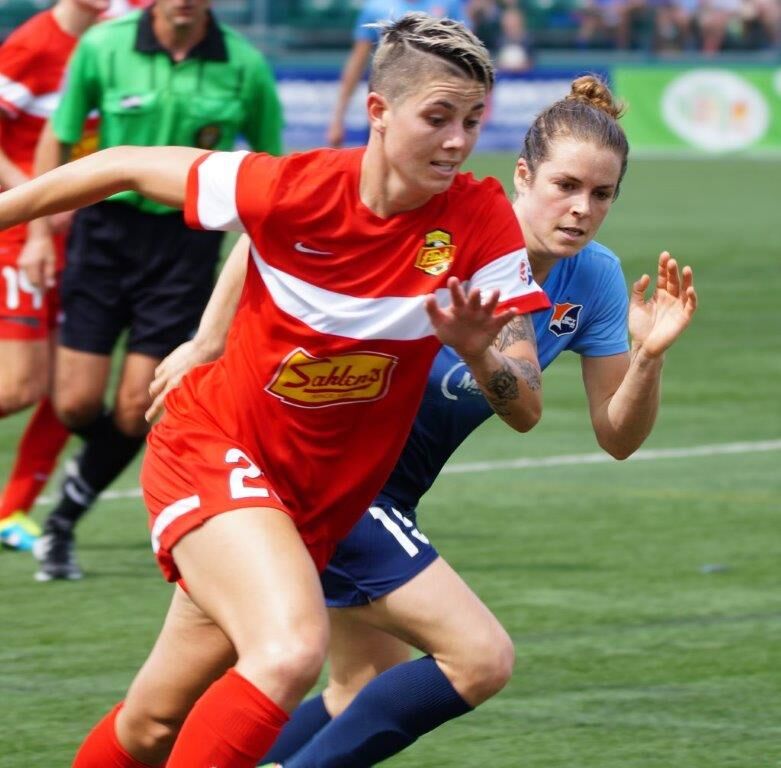 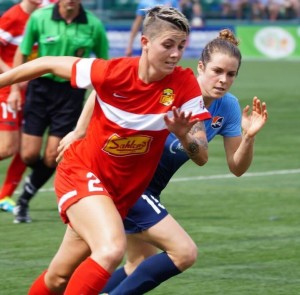 The Flash scored three times in the opening 25 minutes and held on for a 3-2 victory over the Portland Thorns in the NWSL finale for both sides. They Flash and Thorns met for the NWSL Championship two years ago but 2015 ends with neither team advancing to the playoffs. They do however end the season with identical 6-9-5 records and will finish sixth (Thorns) and seventh respectively. The Dash are also on 23 points but win the three-way tiebreaker in the event they remain there.

The Flash jumped on a flat Thorns side early and had the lead in the sixth minute. Samantha Mewis collected the ball after a Thorns throw-in failed to connect and worked a one-touch, give-and-go with Michelle Heyman. After receiving the ball back Mewis marched into the box and found Halimatu Ayinde at the mouth of the goal for an easy tap-in and her first NWSL goal.

Two minutes later the Flash doubled the lead. Mewis sent a long ball to Heyman and Thorns keeper Michelle Betos came out of her penalty area to challenge. Heyman was able to touch the ball over Betos to Jasmyne Spencer who tapped it forward and in.

The third goal came in the 24th minute with Mewis getting the goal. Emerging from a 50/50 ball against Kat Williamson Mewis beat Betos with a low shot to make it 3-0.

The Thorns struck back quickly with some slick work from Alex Morgan who found herself on the ball after a Tobin Heath pass took a forward bounce off Brittany Taylor. Without a shooting angle Morgan took the ball wide left and put a perfect cross in for Jodie Taylor who made it 3-1 in the 29th minute.

The Thorns were better from that point on but could not find a way to get a second goal until second half stoppage time. Mana Shim got off a shot in the box that Chantel Jones got a hand on but spilled a juicy rebound that went right to Allie Long who made it 3-2.