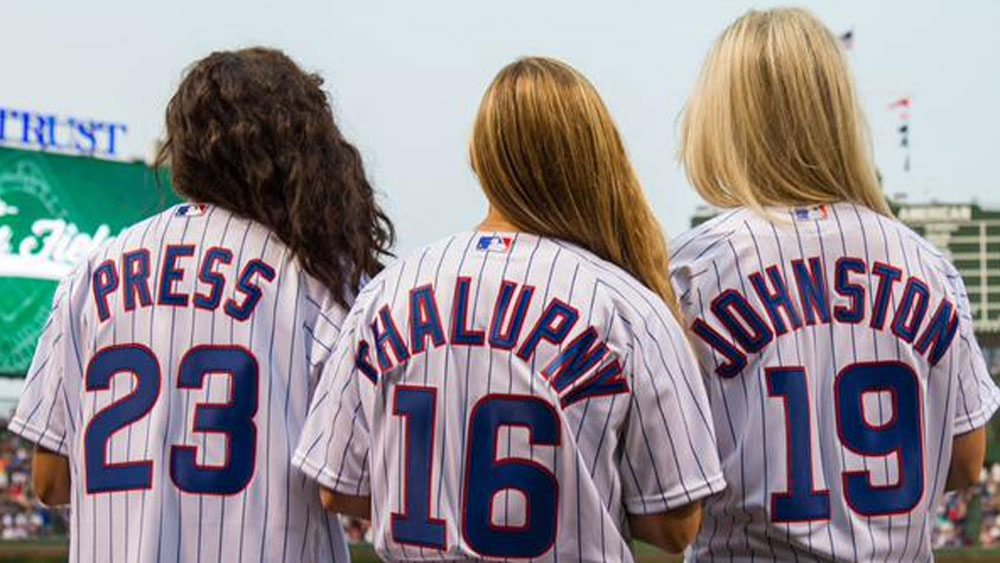 The summer of soccer taking over baseball continued on Monday night (which, to be more concise, soccer has been closing ground on baseball for a long time as younger generations take to footie and the old ball game sees its youth participation decline).

Chicago Red Stars and United States women’s national team players Christen Press, Julie Johnston and Lori Chalupny threw out the first pitches at the Chicago Cubs game and sang “Take Me Out to the Ball Game.” Should we sign them up for The Voice?

Oh, and they can pitch:

Those three (Shannon Boxx, who also won the World Cup with the U.S., played sparingly for Chicago before retiring in July) also threw out the first pitch at a White Sox game last week, proving there is no North Side/South Side partisanship.

Earlier this year, Carli Lloyd, Meghan Klingenberg and Morgan Brian threw out first pitches at a Houston Astros game, and Lloyd and Rapinoe did the same on separate occasions at Mariners games.

Had a great time with the gals at the game last night! Thanks @Cubs for honoring us! #crs07 #USWNT pic.twitter.com/TMSC13GGPS