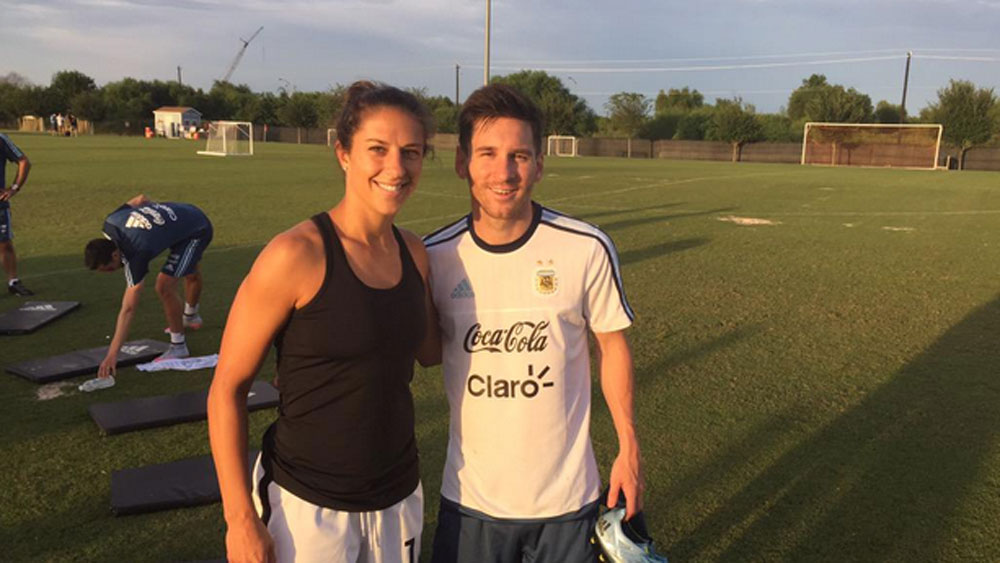 Dream come true to meet the greatest player to ever play the game! Thank you @Argentina and Messi. pic.twitter.com/ffz0R8JBDS

Messi is in Houston with Argentina to face Bolivia at the BBVA Compass Stadium — home of the Dash — on Friday.

There’s no word on whether or not Messi got a reciprocating autograph from Lloyd, but it would have been a wise move. Lloyd is the heavy favorite to win the 2015 Women’s World Player of the Year award after her stellar second half of the World Cup, scoring six goals in seven games, including a hat trick in the first 16 minutes of the final. The U.S. beat Japan, 5-2 in the final for a record third World Cup title.

On Tuesday, Lloyd hit the gridiron to teach the Houston Texans how to kick field goals:

Here at @HoustonTexans practice. @CarliLloyd talks with GM Rick Smith before she addresses the team & kicks some FG's pic.twitter.com/ih7m6RwsPR

Carli and a fan chatting it up after @HoustonTexans practice. pic.twitter.com/C5D7nnCDOc