Mewis signs with Breakers, goes on loan to Bayern 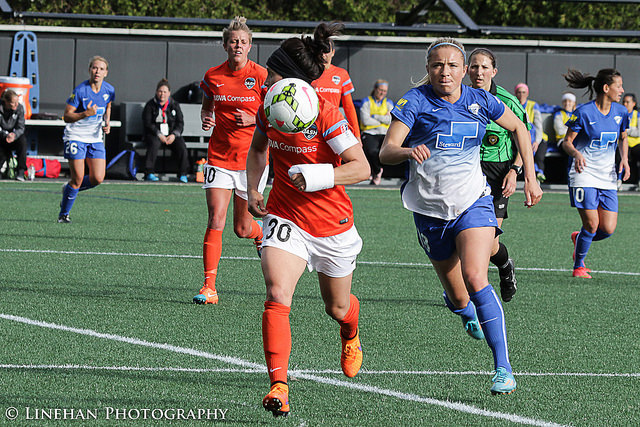 Kristie Mewis will join defending Frauen-Bundesliga champions Bayern Munich this fall on loan from the Boston Breakers. The Breakers also announced that the club signed Mewis for the 2016 NWSL season with a club option for the 2017 season.

Bayern needed attacking help following a knee injury to Japanese international Mana Iwabuchi, who will be sidelined for an extensive amount of time with a knee injury.

Mewis will join Bayern on a season-long long with Bayern with a player option to return home midway through the deal. Mewis is expected to return to Boston for the start of the 2016 NWSL season (see the below tweet from Breakers GM Lee Billiard). Bayern says the loan is for the full season, but the Breakers say that it runs until Dec. 31, 2015.

Mewis led the Breakers with six goals in 20 matches this season, a rare bright spot for a team which finished last in the league (4-13-3, 15 pts.), registering a worse record than last season for the second consecutive season.

Mewis went on loan to Iga FC Kunoichi in Japan last fall. Mewis told The Equalizer last fall that her loan move to Japan was about improving her game to try to make the 2015 World Cup roster. She did not make that team, but at 24 years old, she will surely have her eyes on 2019 and possibly next year’s Olympics.

Mewis began her career with FC Kansas City, which selected her No. 3 overall in the inaugural NWSL College Draft. She was previously one of the U.S. players subsidized by U.S. Soccer.