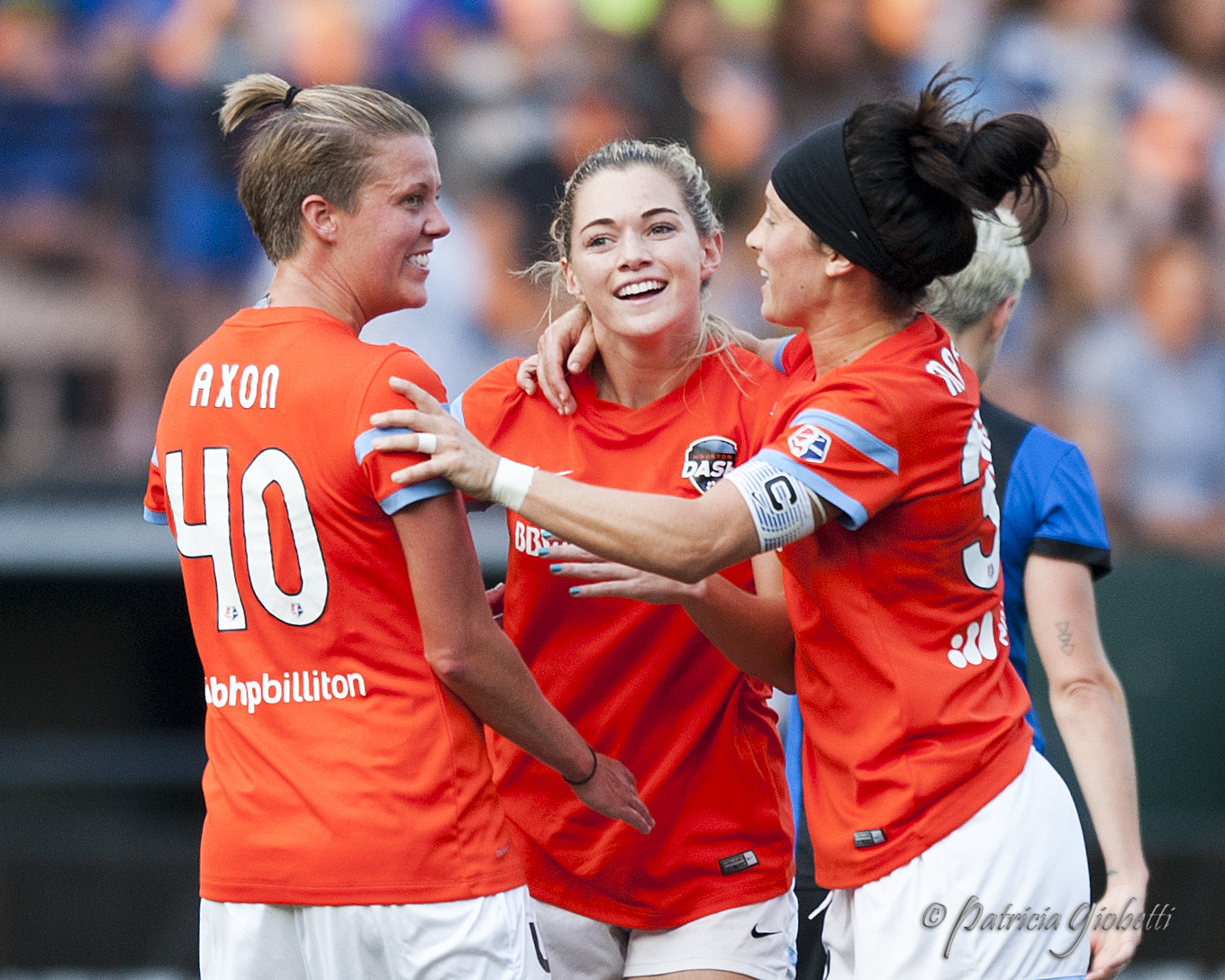 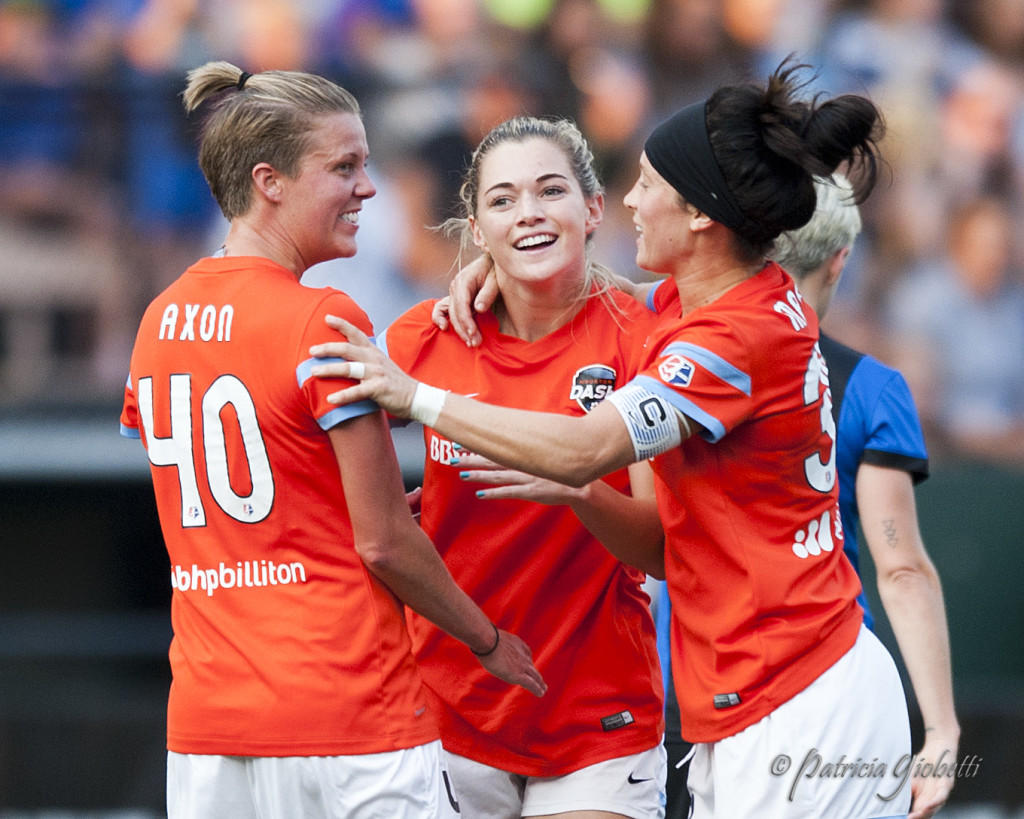 Ella Masar (right) scored her first goal of the season to lift Houston past Boston. (Photo Copyright Patricia Giobetti for The Equalizer)

Ella Masar said she was going to score and get a yellow card for the celebration in the Houston Dash’s final home match of the season on Sunday.

She did exactly that.

Masar scored the game’s only goal in the 34th minute to lift the Dash past the Boston Breakers, 1-0 at BBVA Compass Stadium. Jessica McDonald got to the endline and sent in a low cross for Masar — who shifted to a forward role this match with the return to the lineup of fullback Allysha Chapman — to redirect into the roof of the net. Masar celebrated by ripping her jersey off, which, by FIFA laws, earned her a yellow card, as she knew it would.

Ella also told me that if she scores, she's getting a yellow card so watch out for that. #DashOn

No, we can not suspend her again for her next yellow card. https://t.co/2Jn1Ve8bTv

Masar said after the game that she visited her ill grandmother in Chicago in the middle of the week, and told her that she would score a goal for her against Boston.

The loss ends the Breakers’ franchise-worst season at 4-13-3 (15 pts.). Boston will hold the first pick in the 2016 NWSL College Draft, having secured last place in the league. The Breakers are the first of nine teams to see their season end.

Stephanie McCaffrey had a golden opportunity to put Boston ahead in the 17th minute, when Mollie Pathman’s cross found McCaffrey open on the back post. But the rookie forward slashed her shot wide.

Carli Lloyd had the best opportunities of the second half, missing the frame by inches in the 82nd minute after Brazilian Andressa softly chipped a through ball behind Boston’s back line. Three minutes later, Breakers goalkeeper Alyssa Naeher stuffed Lloyd on a 1-v-1 opportunity.

With the win, the second-year Dash could still finish fifth in the league but they are out of playoff contention.