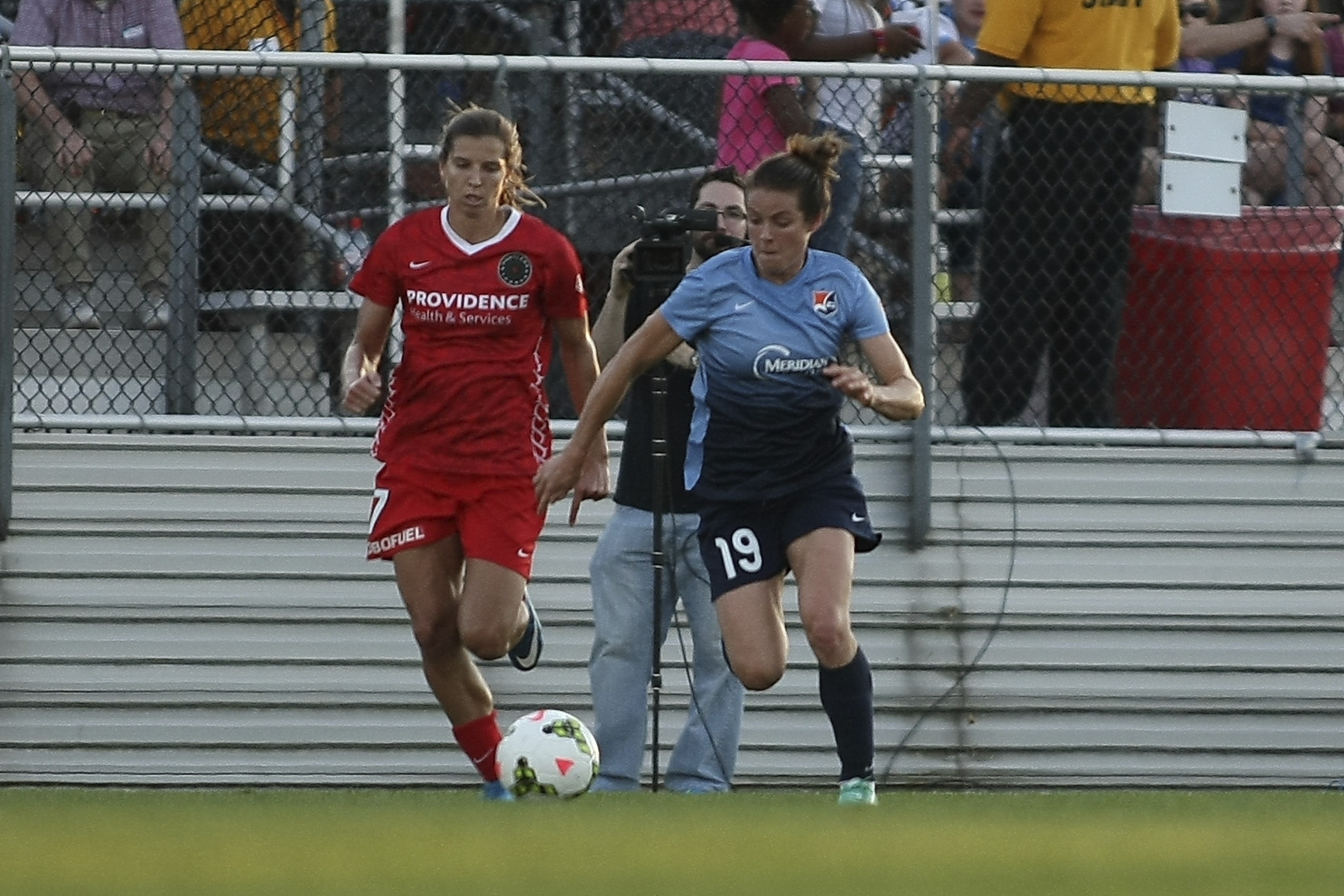 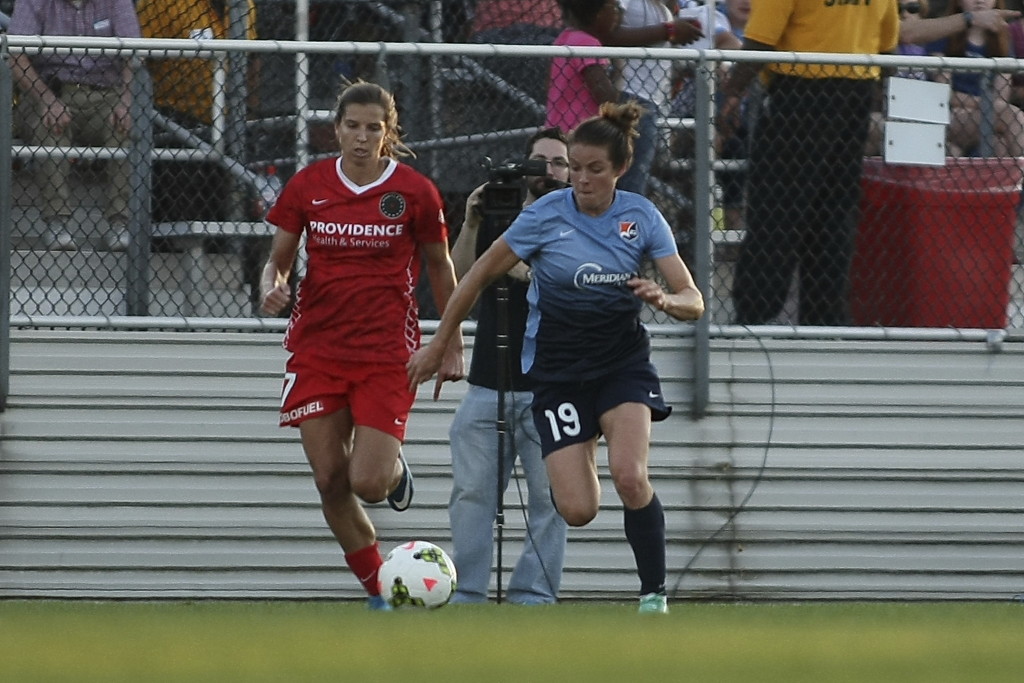 Kelley O’Hara has been on fire since the World Cup, finding consistency and happiness in the NWSL. (Photo Courtesy Robyn McNeil/Sky Blue FC)

PISCATAWAY, N.J. – Soccer is a simple game, in which sometimes the simplest of things can make the world of difference.

For Kelley O’Hara, those things are confidence and day-to-day happiness. O’Hara returned from the World Cup in July as a world champion, and her play since then for Sky Blue FC in the National Women’s Soccer League has seen a noticeable uptick.

“In my mind, I think she’s one of the best American players I’ve seen at reading the game and anticipating where the ball is going to end up,” Sky Blue FC coach Jim Gabarra said. “There are a lot of intangibles there that really help us as a team.”

O’Hara didn’t play for the United States at the World Cup until the quarterfinals, when she stepped into a wide midfield role for suspended Megan Rapinoe. O’Hara played 61 minutes in that victory over China. Her high-pressure and energy created a noticeable difference in a match that served as a turning point for a United States team which lulled its way through its first four games at the World Cup before coming alive in that quarterfinal match.

In the semifinal against Germany, O’Hara scored her first international goal, a flying karate-kick volley which embodied the swagger of this USA 2.0 team which carried its momentum into the final, walloping Japan, 5-2 by going ahead 4-0 in the opening 16 minutes.

Few Americans have improved more from the start of the World Cup to now than O’Hara. She registered three goals and two assists in six games for Sky Blue FC since returning from the World Cup, mostly while playing in a more advanced, attacking role which has proven to best suit her.

“The World Cup was a big learning experience and it was definitely the highs and lows,” O’Hara said. “Obviously winning was great, but I’m just really enjoying being back at the club and I’m really enjoying my NWSL experience. Being here and having a routine and having that consistency – kind of feeling free to play how I want to play. Especially being up top, it’s a lot of fun. The players on this team are really great to play with, so yeah, I am having a good time and I’m enjoying myself.”

O’Hara was a record goal-scorer at Stanford but shifted to fullback for the United States by necessity in 2012, playing every minute at that position en route to a gold medal at the London Olympics. She has shuffled between the forward and fullback positions for Sky Blue FC over the past three seasons.

“For me, she’s a versatile player that can play anywhere on the field,” Gabarra said. “I think that is one of her assets as well, is you can put her anywhere and she might complain about it for two minutes but then she goes, ‘aright, this is what I’ve got to do,’ and she does it. She’s intelligent enough and understands the game at all those different positions that she is invaluable to our team and I think she’s invaluable to the national team.”

But the consistency of which O’Hara speaks isn’t necessarily about what happens on the field – it’s about daily training and regular matches to find her groove.

“With this team it’s nice to just know that I’m playing up top,” O’Hara said. “But it’s more so just the routine of everyday – being able to go to practice and be around your teammates, have a normal life but also have your club to play for. The day in and day out, some people don’t like it but I really enjoy just going to work every day.”

Sky Blue FC is eliminated from NWSL playoff contention, despite a wild, 1-0 win over Portland Thorns FC on Saturday. But for O’Hara, there is a foundation for next season, something which will also help her compete for one of the 18 U.S. roster spots for the 2016 Rio Olympics. In that internal competition, simple and versatile plays to her advantage.

As she said after that World Cup quarterfinal, it’s all about putting her head down and working hard: “You just have to show up for practice, be professional, work your ass off – sorry, butt – and be ready.”