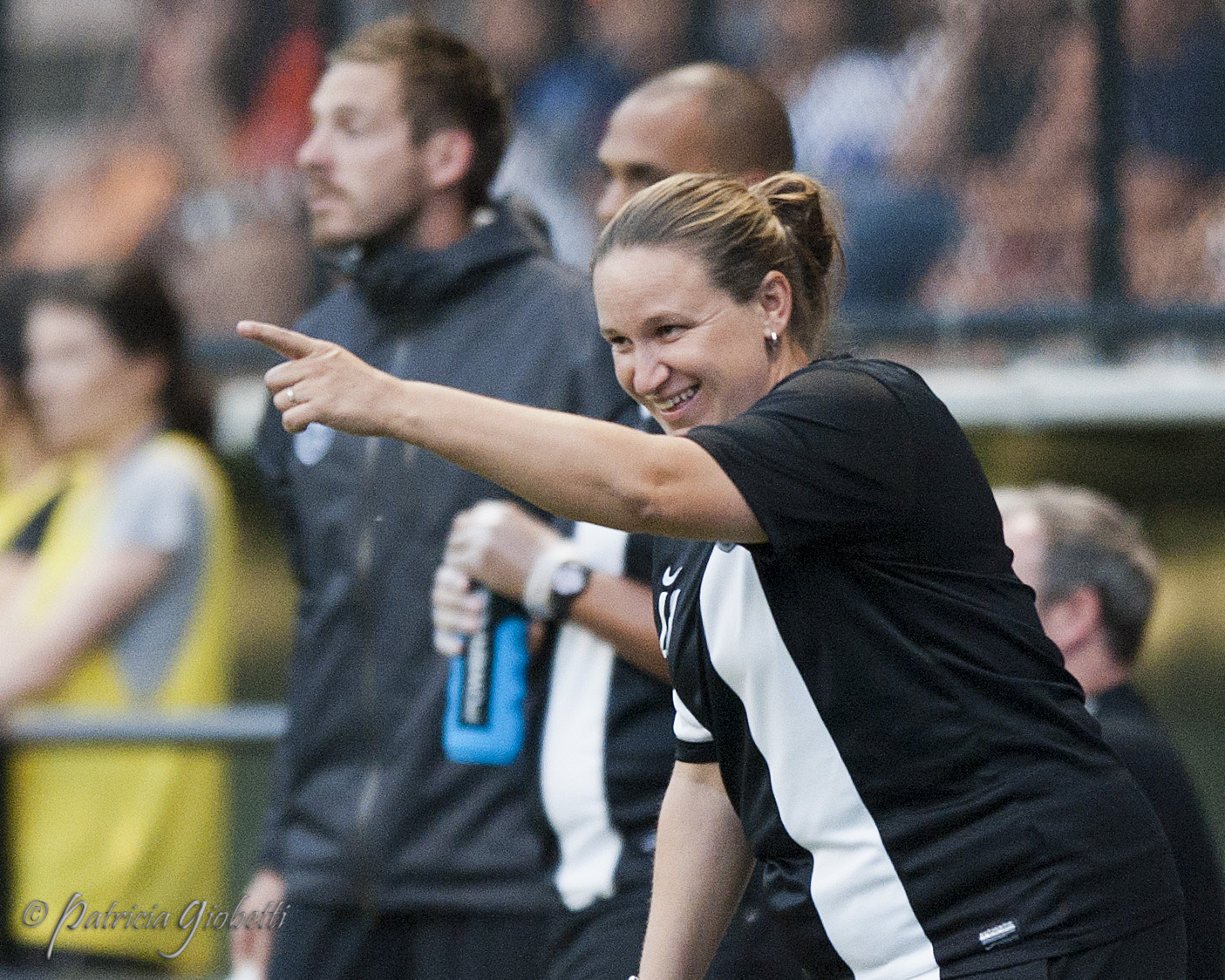 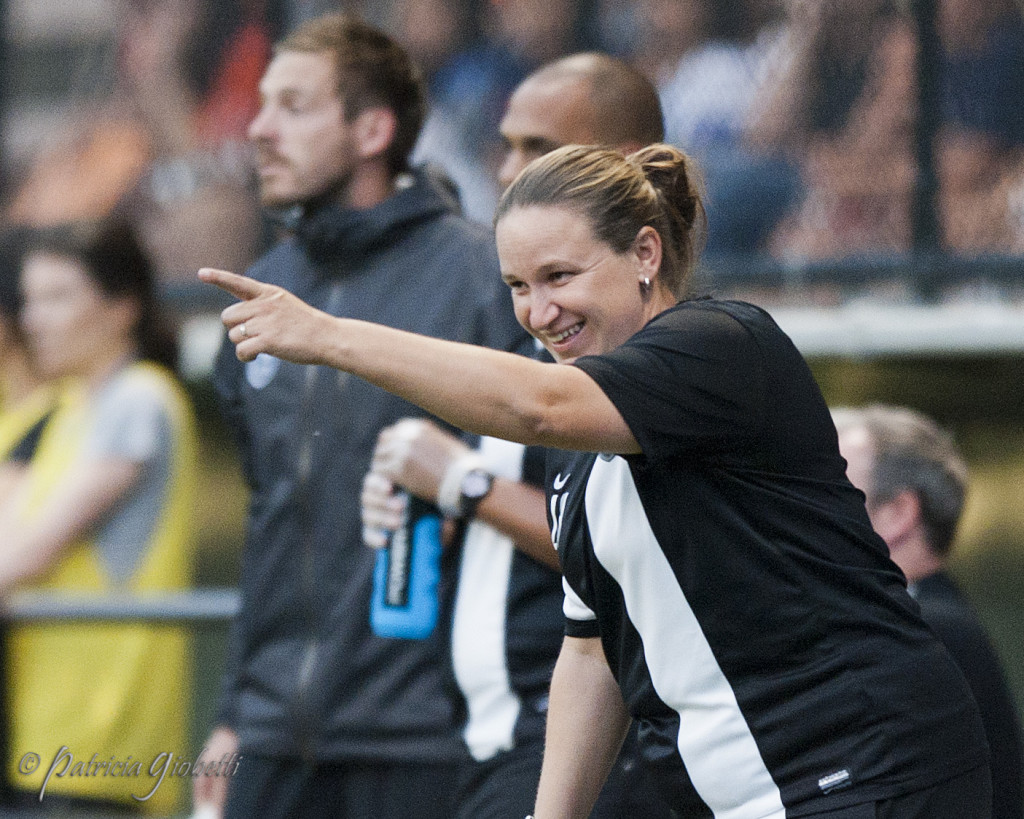 There are two weeks left to play and things are almost settled in terms of the NWSL playoff races. Let’s take a look:

Seattle Reign FC (11-3-3, 36 pts., clinched home playoff match): The Reign are on song as the playoffs approach with a semifinal at Memorial Stadium on September 13 already locked up. A win over the Breakers on Wednesday clinches a second straight Shield, although this time it does not come with rights to host the final. Beverly Yanez will sit out Wednesday’s match with a left hip strain. Yanez will not be the MVP but her importance in helping the Reign deal with losing much of their firepower on the front line cannot be understated.

Chicago Red Stars (7-3-8, 29 pts., clinched playoff berth): The Red Stars have not won in more than a month, but their torrid start plus a few well-timed draws has them in the playoffs for the first time. The Red Stars have enjoyed success at lower levels but even in their two seasons in WPS they never qualified for postseason. They will need the Spirit to drop points in order to have a chance to host that playoff match, but more importantly they would like to get back in the win column over the next two weeks.

FC Kansas City (8-6-4, 28 pts., clinched playoff berth): It has not always been the smoothest sailing for the defending champions, but credit to them for kicking things into high gear when it has mattered most. The Blues have won their last three by an aggregate 10-0 score and have now qualified for the playoffs in all three of their seasons. It figures to be a transitional offseason for the club, so in some aspects this is the last run for the core group. They need to at least draw the Spirit on Thursday to maintain a chance to host a semifinal for the third consecutive season.

Washington Spirit (8-5-4, 28 pts.): The Spirit have yet to clinch but are also the last team left than can catch the Reign. To do it they will have to win their three remaining matches—finishing with the Reign paying a visit to the SoccerPlex—while having the Reign gain no more than one point the rest of the way. Winning out will secure a home semifinal regardless of what happens in Seattle. Shorter term the Spirit are in the playoffs with one more point or one more point dropped by the Thorns. And even if the Thorns catch them at 28 points it will come down to goal difference, where the Spirit are currently plus-5 to the Thorns.

Portland Thorns FC (6-8-4, 22 pts.): Saturday was a rough night for the Thorns. They lost 1-0 to Sky Blue on a night they created numerous chances, including a late penalty kick. And they lost Christine Sinclair on the play that drew the penalty. Information has been slow to develop on the extent of Sinclair’s injury but she was bearing no weight on her injured ankle and appeared to be in agony coming off the pitch. The Thorns now have to win out, hope the Spirit lose out, and erase a five-goal margin to the Spirit on goal differential.

Sky Blue FC (5-7-6, 21 pts., eliminated from playoff contention): Like last season, Sky Blue are clicking on all cylinders heading to the end of the summer. Also like last season, too many dropped points and missed opportunities early have made that a moot point. It is tempting to look ahead to 2016 and see Sky Blue as an early contender. But they’ll need to decide on whether to bring back their Australian players in the event Australia calls their players into residency ahead of the Olympics.

Houston Dash (5-8-5, 20 pts., eliminated from playoff contention): The Dash almost got there. After they beat Kansas City on a late Carli Lloyd stunner it looked like they might make the playoffs, but four straight losses since then crushed their season. The back four, an issue last season, was a bit erratic in terms of personnel this year, and the midfield was a bit too inconsistent to run with the top sides. Many of the key pieces are there to make the Dash into a very formidable club as they showed at different points this season. One of the tough decisions could be on Brittany Bock, who returned from a torn ACL but still could not stay healthy enough to be a regular contributor.

Western New York Flash (5-8-5, 20 pts., eliminated from playoff contention): A few weeks ago, Aaran Lines said yes when asked if the Flash could have a successful season without making the playoffs. Now they are out and looking ahead to 2016 and while that is disappointing, there were several positive strides taken in 2015. The 1st-round quartet of Abby Dahlkemper, Samantha Mewis, Jaelene Hinkle and Lynn Williams all proved they can play at the pro level as did some lesser known rookies like Jamia Fields and Sabrina D’Angelo. Not getting Sydney Leroux back after the World Cup did Lines no favors. But the team has a solid core in place with a chance to be very good with just a few small tweaks and upgrades.

Boston Breakers (4-11-3, 15 pts., eliminated from playoff contention): The storyline in Seattle on Wednesday will be the Reign trying to clinch the Shield, but also at play is the Breakers going on the clock for the 2016 draft if they lose or draw. A season that briefly held some promise for the Breakers fell apart on a warm Sunday afternoon when they outplayed the Reign most of that June day only to lose 3-2. The team is 1-8-1 from that day on and have been thoroughly outclassed in many of the losses. Alyssa Naeher anchors the club in goal but probably every other spot on the field is worthy of some sort of offseason upgrade.

— Rachel Van Hollebeke announced her retirement from soccer this week. The two-time Olympic gold medalist and current Thorns defender is about to begin medical school at UC San Diego. She will remain available to the Thorns, as time permits, for the duration of the season. Van Hollebeke’s retirement letter is here.

— Beverly Yanez’s injury will halt her Reign record games played streak at 41. She has played every match since joining the club ahead of the 2014 season.

— The Red Stars’ playoff berth means the Breakers are the only NWSL original not make it out of the regular season. The Dash who are a year younger are also in search of their first playoff game.

— I’ve been mostly sympathetic to the difficulties of getting live streams running and stable across every NWSL match. But there have been too many examples recently of entire matches being hung up by buffering streams and other issues. As NWSL heads to season four, it’s time to figure this out and really make every match available.

— I always thought the Thorns were doomed this season. Too many World Cup players and too many players who were talented but did not necessarily fit with each other. They’re not officially eliminated yet, but their body language after Saturday’s loss to Sky Blue indicated they all know that it will take something epic to get in.

— Any team not already offering some form of 2016 season tickets is missing out on a fantastic opportunity to stay connected to fans during a lengthy offseason. Not knowing the schedule, pricing, or venue is not a good excuse either. It is not that difficult to take refundable deposits to capitalize on the momentum generated by the World Cup.