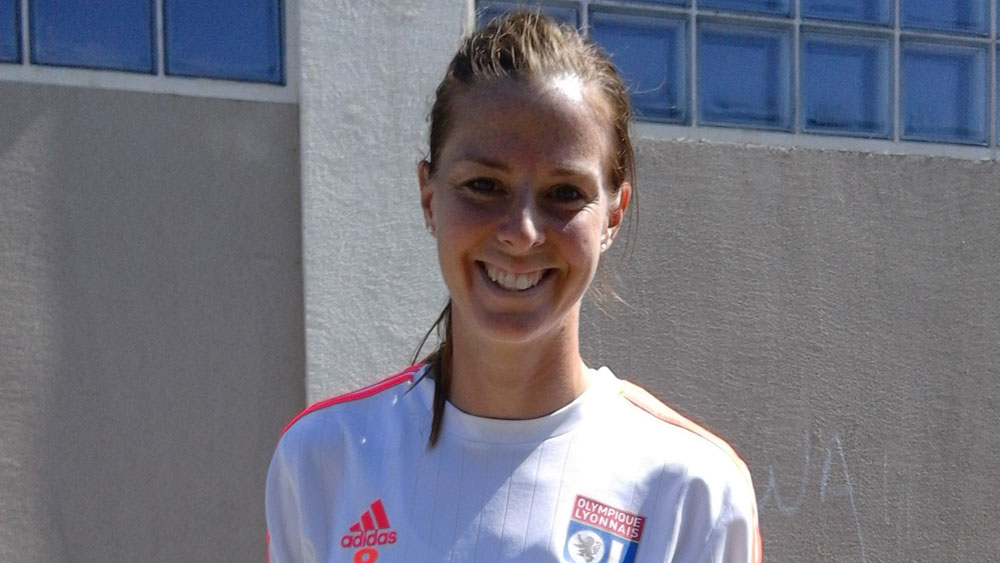 LYON, France – Lotta Schelin is entering her eighth season in France with Olympique Lyonnais. Last season, Schelin led Division 1 Feminine with 33 goals as Lyon won the league championship with a perfect 22-0-0 record. The reminder of the year for Schelin hit a blip with Sweden under-performing at the 2015 FIFA Women’s World Cup. A formation and tactical change added to Sweden’s poor performance, which ended with a round-of-16 exit to Germany.

Schelin has turned her focus to Olympique Lyonnais and the upcoming season which kickoff on Sunday. Schelin is enjoying life in Lyon and has no plans to stop playing football. The all-time leading goal-scorer for Sweden was available for an interview touching on the World Cup, Damallsvenskan League, Olympic qualifying, and playing for Olympique Lyonnais.

Why do you think Sweden struggled so much at the World Cup?

LOTTA SCHELIN: I think that we had some problems with the defense during the year, all over the field and we were working really hard on that. Just before the World Cup we changed some stuff and maybe that affected us a little bit when we started the tournament. We started with really, really tough games and since we weren’t really 100 percent, it was hard for us and afterwards it didn’t go as we wanted.

Were you 100 percent fit at the World Cup?

LS: I was totally 100 percent for what I could be at that moment for sure. Afterwards for sure you have some problems. It’s always tough, but I could play and I could be 100 percent. Afterwards of course you don’t want to have these things that [are] bothering you. It’s been like that with my knee for a long time so I just had to do my best to be 100 percent. At the games, I thought I could be that, and I didn’t have pain, and that was good.

How do you think the Damallsvenskan clubs and Pia Sundhage can work together to build a better understanding and a compromise between them?

LS: It’s not my thing to talk about that. I think they can have a really good relationship, it’s just up to them to discuss and come to terms with what’s going to happen in the future.

Would you yourself like to spend more time in a national team camp and environment?

LS: Yeah, I can totally understand that Pia wants some more days. I’m used to having a little bit longer camps maybe than we had this year. It was really short. We had one practice and then we had a game, so it was really short sometimes. Of course it’s good to be able to get together as much as possible. If they can find some good terms to do that it would be totally great. It’s important for the national team. It’s kind of like we are showing ourselves and women’s soccer so we have to be 100 percent. Some more days would be great, but it depends on a lot of things and the clubs so we will have to see.

What are your thoughts on the Olympic qualifying tournament in the Netherlands to qualify for Rio 2016? (Sweden, the Netherlands, Switzerland and Norway will play in March for the final Olympic berth.)

LS: Yeah I hope so. Everything depends on my shape and my physical status and how I’m feeling. If I’m continuing to feel good, I think that I can continue for a few more years. I can’t really say today if it’s 100 percent or not. It would be great to play a World Cup in France since I’ve been here for so long.

You’ve been playing with Olympique Lyonnais since 2008. What do you like about the city, the team and environment?

LS: It’s a great city, a great environment. Everything is really good. We’ve been having a really good team for so long and the club has really been making an effort for us. We have really good conditions to play our best and that’s great. It’s France — good food, good restaurants and a nice city. It has everything except the ocean.

What are team expectations for Olympique Lyonnais heading into the Division 1 Feminine season?

LS: We always have high expectations, always. Our expectations are to be at the top of all the tournaments that we’re participating in. The Champions League is of course our first goal, we had some success here in the last two years and we want to continue showing we’re a really good team in Europe.

Is the focus more on Champions League because you’ve won Division 1 last season?

How can Division 1 grow so that’s it’s more than just Olympique Lyonnais and Paris Saint-Germain battling at the top?

LS: Always and always PSG have been investing for three years now. Before it was Montpellier and Juvisy. We have four really good teams and the other ones they have to try and finance their clubs and their teams so they can practice more and take these steps. It’s important. We’re showing the way at least and we’re not sad about that. We know that we and PSG have to show the way so that the other clubs will be interested in investing in women’s soccer. I think in a few years were going to have a lot of professional teams and that’s cool.

You’re 31 years old now. Would you like to finish your career in the Damallsvenskan League at some point?

LS: I always see myself doing that. Returning home and playing a few seasons in Sweden, but we’ll see. I don’t know what the future will bring.

We have to ask: Caroline Seger tells me that you like to sleep a lot. Why do you enjoy sleeping?

Notes: Olympique Lyonnais kickoff the Division 1 Feminine season with a match on Sunday August 30 at VGA Saint-Maur. Special thanks to Lotta and to Lyon for coordinating the interview.