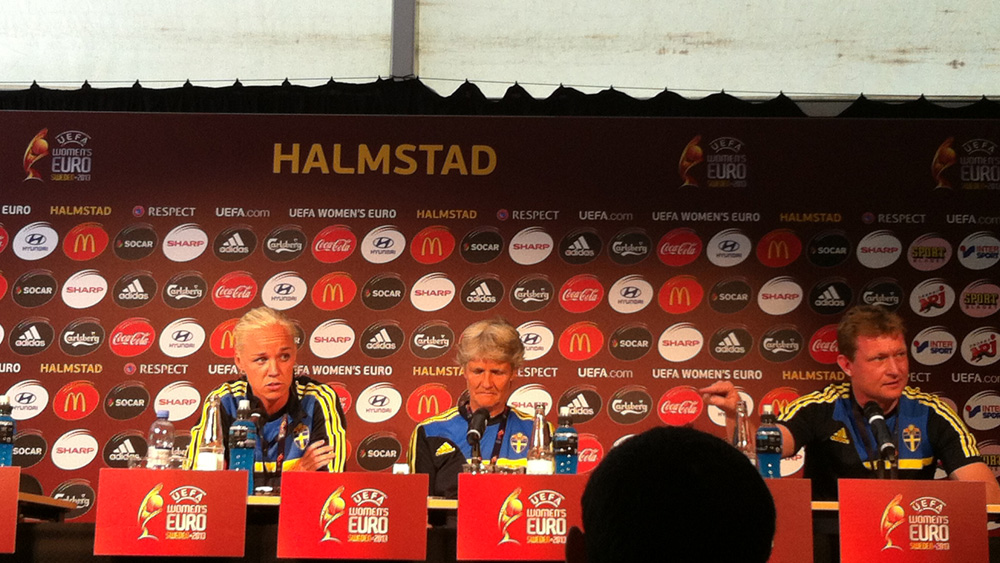 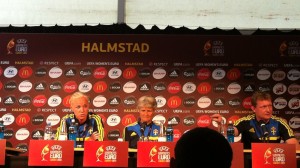 PARIS — The Women’s World Cup was a massive success. Countries like England, Cameroon, Colombia and Nigeria vastly improve and shock some powerhouse teams.

But for one European country, the World Cup was a monumental disappointment.

We have come accustom to seeing Sweden excel at tournaments, however, this was not the case in Canada this summer. Pia Sundhage’s team struggled to stay healthy score goals, and displayed terrible defensive lapses at key times. A trio of draws and help from Brazil sent Sweden into the knockout round and eventual 4-1 loss to Germany.

A banged up Caroline Seger played every minute of the World Cup for Sweden. The central midfielder summed up what went wrong and what could have been if Sweden had performed better from the beginning.

“Not so good, a disappointment actually,” she said of the World Cup. “We had a tough group, but I think we could have gone further if we ended up better in the group.”

While some pundits and supporters would like to see the Swedish federation sack coach Pia Sundhage, that seems unlikely. Sundhage is under contract to coach Sweden through the Rio 2016 Olympics. Seger supporters Sundhage and knows that her coach will do a good job figuring out what went wrong and how Sweden can improve going forward for Olympic qualification in March.

“I think Pia’s going to do a good job with that,” Seger said. “Analyzing and see what we need to work on and what needs to be improved. She’s going to do the job, and it’s up to us as individuals to work harder and be better.”

Rio 2016 Olympic Qualification for UEFA teams will be decided during a tournament from March 2 – 9 in the Netherlands. Sweden, Norway, Switzerland and Netherlands all bowed out of the World Cup in the round of sixteen. Since Germany and France are the only eligible teams from UEFA to advance to the quarterfinals, the third spot comes down to a tiebreaker (England will not play in the Olympics, since the IOC recognizes Great Britain and the individual countries will not play soccer under the Great Britain flag). A six-match tournament will be held to determine the third and final UEFA Rio 2016 Olympic team. Each team will play each other once with the Group winner advancing to Rio 2016.

Seger has 142 caps for her country and 21 goals. She would like to earn some more appearances for her country next summer in Brazil. Seger is fully aware that Sweden will have a tough obstacle to overcome if the an Olympic berth is possible. Not everything will be decided on the pitch for Sweden. Politics between Damallsvenskan clubs and Sundhage are at play.

“Oh it’s going to be tough,” Seger said. “It’s a tough group. We put ourselves in this situation. The bad thing is, that in the Swedish league they have preseason at this time. A lot of players will be in preseason so I hope the federation of Sweden and the clubs can get together and find a way to prepare everyone the best.”

Sundhage would like to spend more time with her players in a national team training camp environment, much like the setup in Canada and the United States. This hasn’t gone over very well in Sweden. Damallsvenskan clubs would like to have their players that are under contract to them playing for their club teams and training with them. Sundhage’s approach to demand more time with her players has not gone over well. Better communication between both parties must improve soon.

Seger has a message for both parties and hopes that the issue does not drag on further.

While Olympic Qualification is off in the distance. The upcoming Division 1 Feminine season kicks off on August 30. Holders Olympique Lyonnais will once again face tough competition from their rivals Paris Saint-Germain. The big spenders from Paris have brought in striker Anja Mittag from FC Rosengard, Shirley Cruz has been re-signed, and Erika Santos of Brazil has been linked to PSG.

Seger recognizes the changes PSG have made from last season and would like to see a few more additions to the team.

“I still think we are missing a couple of players,” she said. “We lost six players from last year, but so far the training is going really good. Just the fact that it’s the second year for me and a couple of players. It’s important for us to keep on improving as a team and also as individuals.”

PSG and Lyon are the main contenders to win Division 1 each season. The top two teams from a season ago dominated the table and left all other competitors in the dust. While it’s good to have teams with top talent and star players, PSG and Lyon have a wealth of money, presidents and ownership that support the women’s game.

The 30-year-old Seger envisions a day when Division 1 will feature a balanced level of talent for all competing teams.

“It’s always better to have a balanced league, obviously,” she said. “With the fact that PSG has a men’s club behind them and also Lyon, the presidents want to put money into women’s soccer and that has helped us a lot. Montpellier is doing well, but we need more clubs who will put money into their women’s team. I think for increasing this league, making it better, making it attractive to fans and also big players coming here, it needs to be balanced.”

A heartbreaking Champions League final loss to Frankfurt on a stoppage time winner is still on the mind of Seger. The former Western New York Flash player has her eye on winning the Champions League this season, but also looks forward to winning a prize not yet won by PSG — the league.

“We went so far in the Champions League. Obviously that’s a main goal for the club, but winning the league would be so big since they haven’t done that.”

As far as her future playing career beyond 2015-2016, Seger, 30, is not about to make any big decisions at the moment. Euro 2017 in the Netherlands feels like a long ways off for now. It’s about taking everything as it comes day by day.

“I don’t know, right now I’m just taking one year at a time and I will see how my body feels.”