US opens victory tour with 8-0 rout of Costa Rica 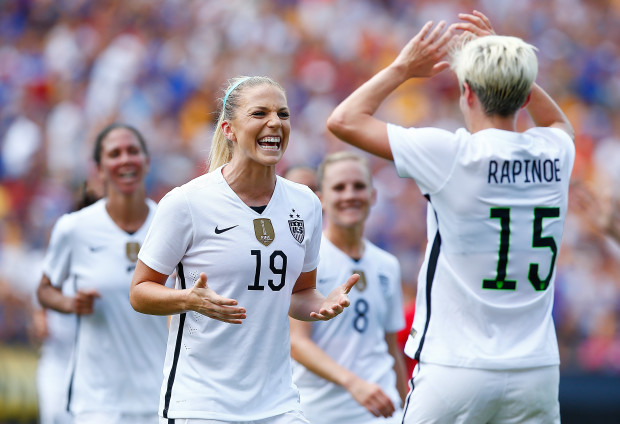 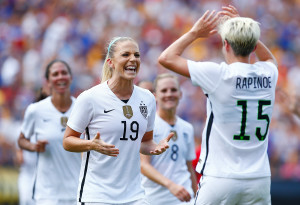 Christen Press’ hat trick led the way for the United States women’s national team in an 8-0 demolition of Costa Rica to kick off a 10-game Women’s World Cup victory tour.

Press scored twice in the first half and again in the 68th minute, finding net for the U.S. for the first time since June 8 against Australia in the World Cup opener.

Heather O’Reilly opened the scoring for the U.S. in the 4th minute, beginning what would be a long day for Costa Rica. O’Reilly added a second goal in the 60th minute. Whitney Engen, Julie Johnston and Meghan Klingenberg also scored.

Klingenberg, a Pittsburgh, native, celebrated her third career international goal in front of her hometown by waving the famous Pittsburgh Steelers ‘Terrible Towel,’ which U.S. coach Jill Ellis tossed to her from the bench. A U.S. women’s national team standalone domestic-record crowd of 44,028 fans showed up at Heinz Field for the match.

The U.S. and Costa Rica play again on Wednesday in Chattanooga, Tenn.

Ellis made several changes to her usual lineup on Sunday, starting Christie Rampone, Heather O’Reilly, Shannon Boxx and Amy Rodriguez, plus Ashlyn Harris in net. Ellis made five substitutions coming out of halftime, including inserting Hope Solo into net.

Sunday was the first time in the last five U.S. matches in which Carli Lloyd did not score a goal. It was also the first time all year in which defender Becky Sauerbrunn did not play.

The U.S. women have won all 11 meetings with Costa Rica.