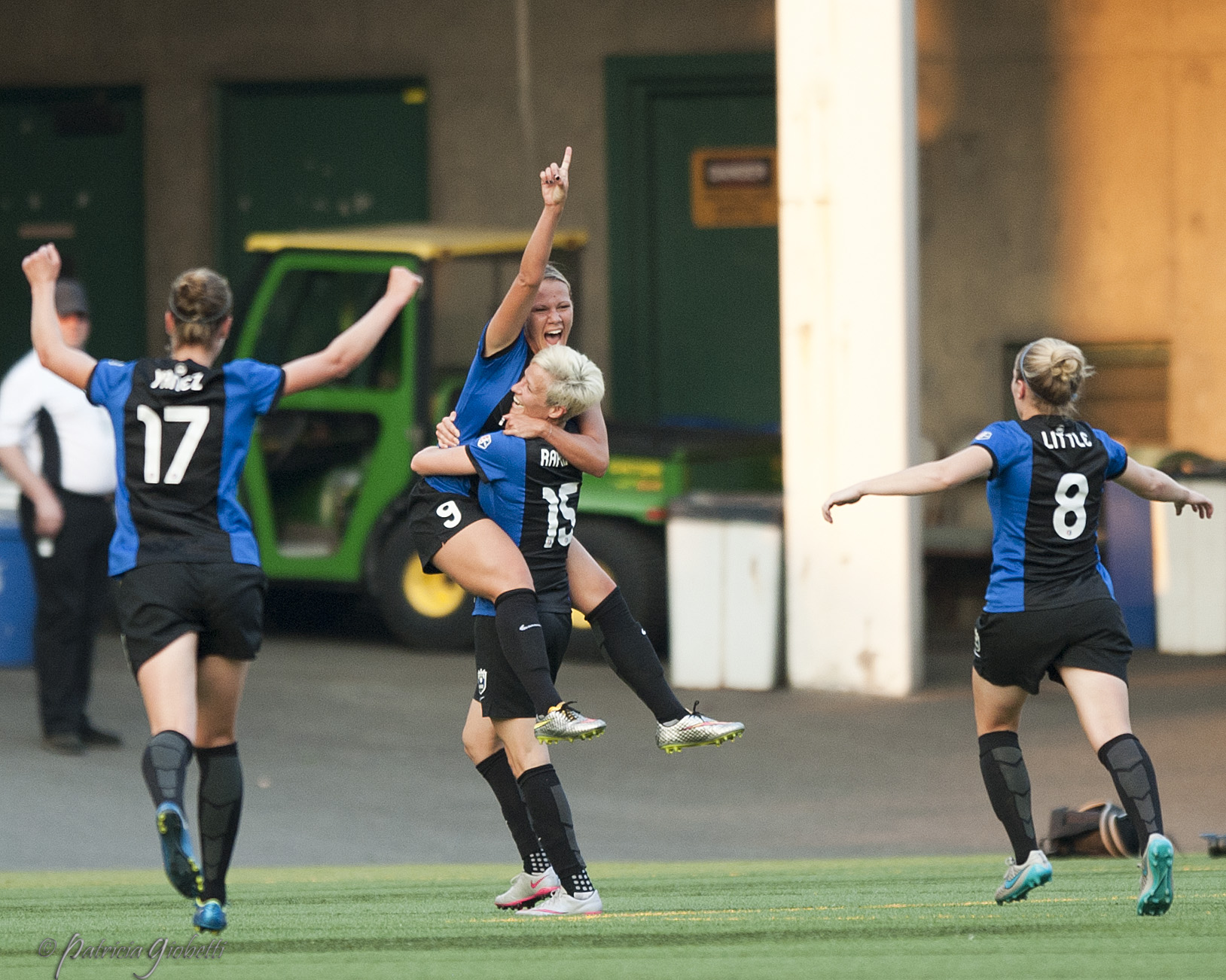 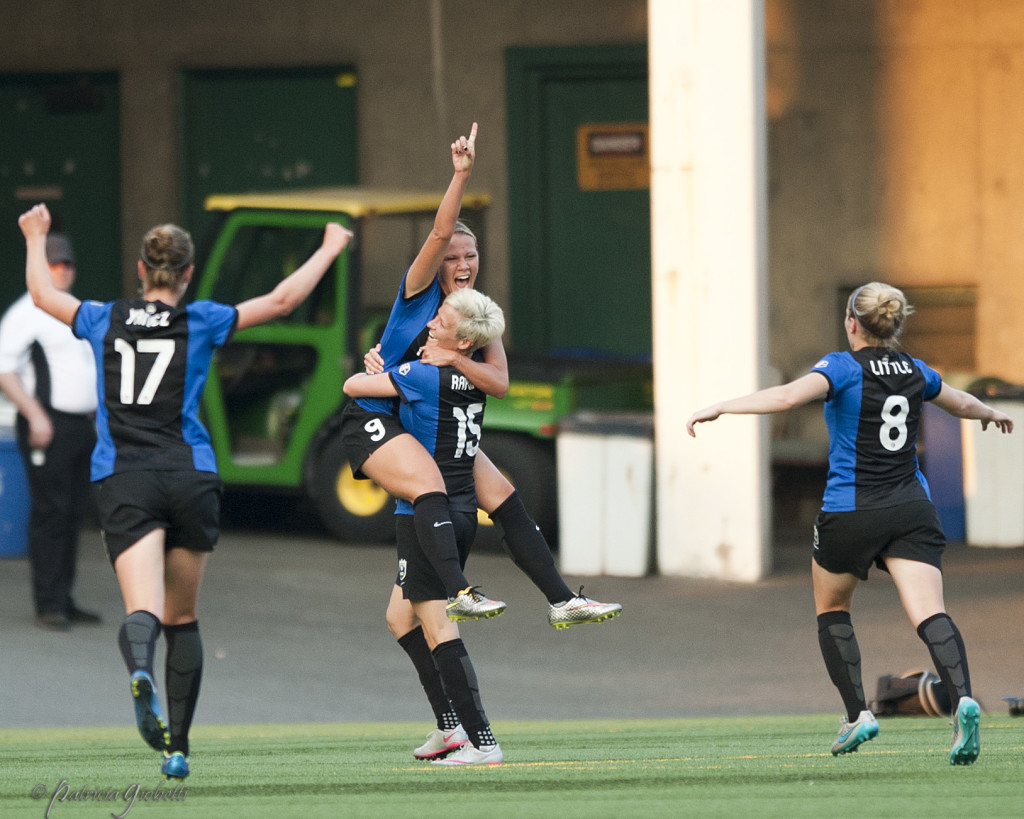 Seattle Reign FC extended its lead atop the NWSL table and became the first team to clinch a playoff spot on Wednesday with a 2-1 victory over the Houston Dash. Merritt Mathias and Rachel Corsie scored to lead the comeback for Seattle.

Goalkeeper Hope Solo played for the first time since the World Cup and for the first time for the Reign since April 23. Solo’s return from her left knee injury got off to a less than favorable start; the Reign went behind in the 15th minute, when Kealia Ohai smashed a low, right-footed shot under the arm of Solo.

Seattle answered seven minutes later, however. Megan Rapinoe threaded a through ball into the stride of Mathias, whose initial touch was kicked into the air by a sliding Erin McLeod, but the Dash goalkeeper’s attempted clearance went right back into Mathias, who settled the ball and scored on the open net.

Corsie scored the game-winner with 30 minutes left in the match. The Scottish defender was left open at the back post to get on the end of Stephanie Cox’s corner kick. Corsie didn’t even need to jump for the uncontested header, which she guided into the upper corner of the goal for the eventual game-winner.

Corsie had a similar opportunity cleared off the line seven minutes earlier in the match.

Seatttle’s win, combined with the Chicago Red Stars’ draw against Sky Blue FC earlier in the day, puts the Reign firmly on pace to retain the NWSL shield. Chicago dropped to 5 points behind Seattle in the chase for the top seed in the playoffs.

The Reign became the first team this season to clinch a playoff spot with Wednesday’s victory.