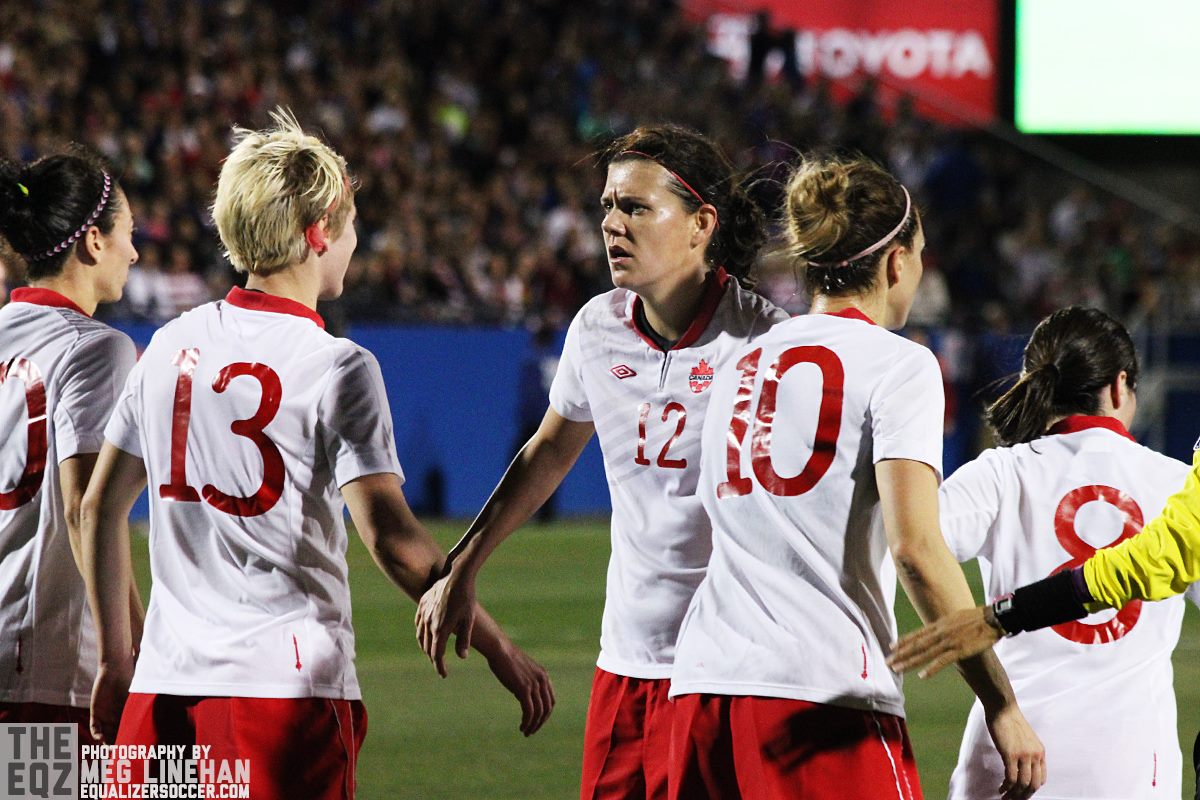 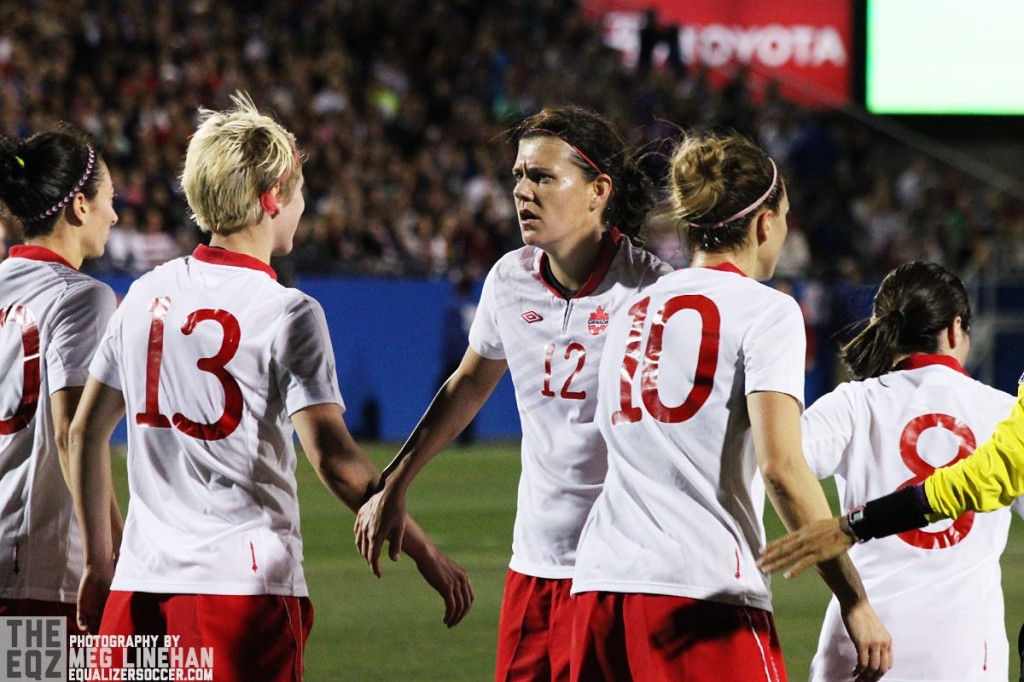 Christine Sinclair and Canada in action at Toyota Stadium in Frisco, Texas, which will host 2016 CONCACAF Olympic qualifying along with Houston. (Photo copyright Meg Linehan for The Equalizer.)

Dallas and Houston will host the 2016 CONCACAF Women’s Olympic Qualifying Championship from Feb. 10-21. The top two teams at the tournament will advance to the Olympics in Rio next August.

The United States will play out of Group A, meaning all of their group games will be in Frisco. The eight participating nations will also include Canada and Mexico, which get automatic berths into the tournament. Those three countries will be joined by three nations from the Caribbean region and two from Central America, with qualifiers in those regions beginning in late September.

As previously reported by The Equalizer, the qualifying tournament was originally scheduled to be played in the Cancun region of Mexico, but the Mexican federation withdrew its bid to host the tournament after men’s club Atlante was relegated from La Liga and could no longer organize and host the event.

The United States women are three-time defending Olympic champions and winners of four of the five all-time Olympic gold medals in the sport.

“We’re excited to host this event at two excellent venues and look forward to some entertaining matches in what will be the first tournament competition for our team since the Women’s World Cup,” said U.S. Soccer President Sunil Gulati.  “The quality of women’s soccer in CONCACAF continues to improve during every cycle and we expect that to be the case once again over the 15 matches in Texas.”

The final tournament schedule and kick-off times will be set following the qualifying tournaments in Central America and the Caribbean.

USWNT to play Brazil in Seattle, Orlando in October
US women kick off victory tour in Pittsburgh