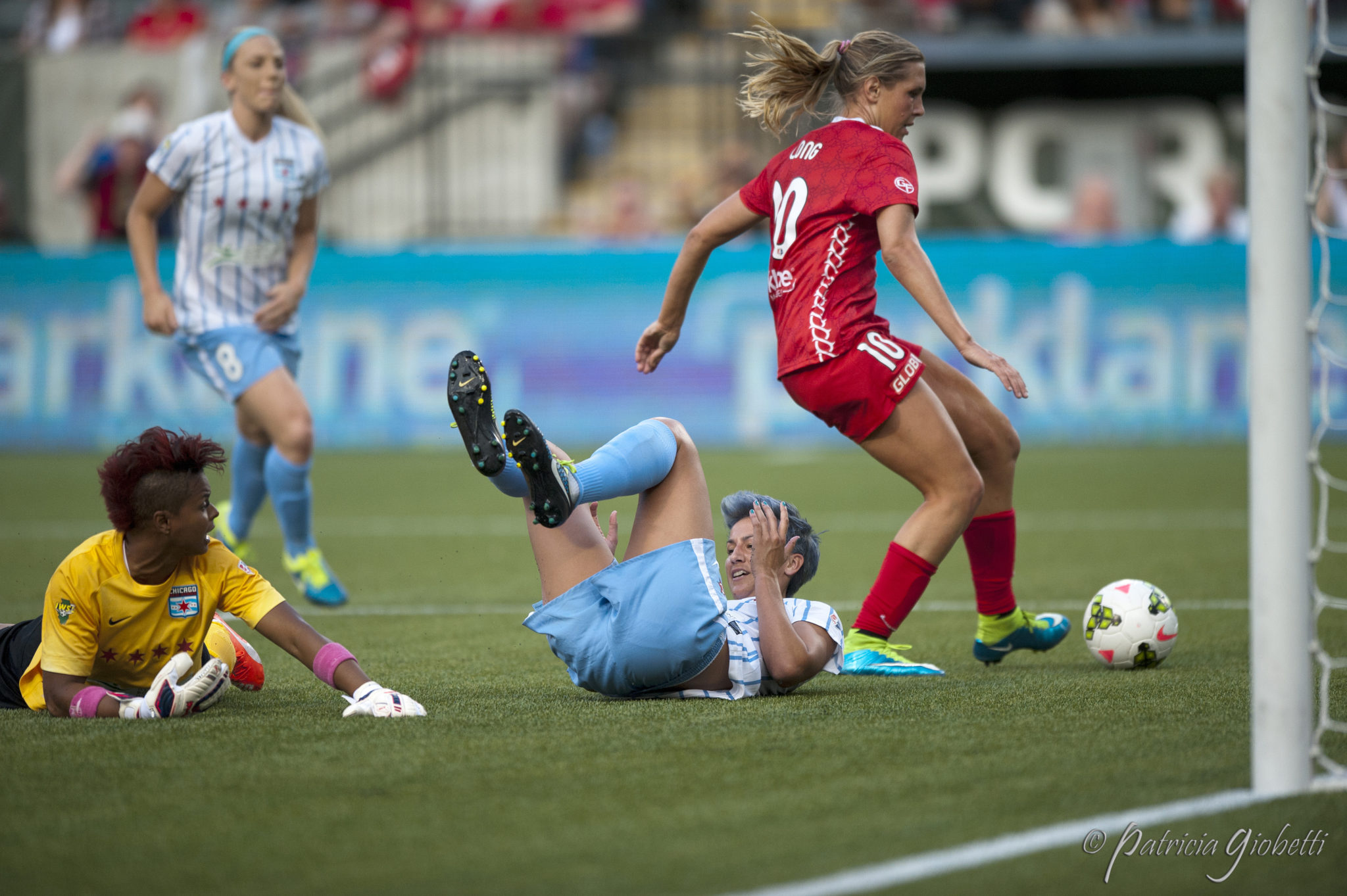 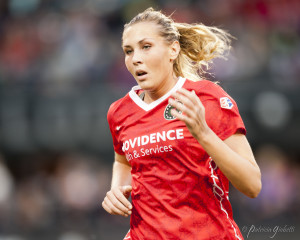 Allie Long scored twice against Chicago in a 2-1 win on Sunday. (Photo Copyright Patricia Giobetti for The Equalizer)

Allie Long scored twice on Sunday at Providence Park to lift Portland Thorns FC to a huge, 2-1 victory over the Chicago Red Stars.

Long scored once in each half — giving her nine goals in 16 games — beating Red Stars goalkeeper Karina LeBlanc with power in the 69th minute and being on the right end of a mishap in the 38th minute.

For the winner, Long collected the ball just outside of the 18-yard box and took her time to size up a right-footed shot, which she took and buried past a helpless LeBlanc.

Long’s first goal of the night was a tap-in on what had become an empty bet after LeBlanc and Chicago defender Abby Erceg collided in a calamitous error. Each player tried to clear the ball that sat six years from her own net, but they both swung and hit into each other, leaving the ball for Long at the back post.

Chicago took the lead in the match in the 28th minute, when Alyssa Mautz’s cross from the right flank changed pace toward net and went over the head of Portland goalkeeper Michelle Betos and directly into the net at the far post. The ball appeared to take a slight deflection off of Thorns defender Emily Menges on the cross.

Less than two minutes later, Christen Press nearly doubled the Red Stars’ lead. The 2015 Women’s World Cup champion got in behind Portland’s defense and lobbed an on-rushing Betos from how about 20 yards out, bu the shot didn’t have enough pace on it and Thorns defender Kat Williamson recovered to collect the ball and guide it away from the net.

Press hit a one-time volley off the post in the 36th minute. Lori Chalupny played a ball over the top

Chicago’s best chance to equalize in the second half came three minutes after Long’s second goal. Red Stars defender Julie Johnston beat Betos but didn’t have enough on her shot to keep Kaylyn Kyle from tracking back and clearing the ball away.

Sunday’s match was the first NWSL game of the season broadcast nationally on Fox Sports 1; 15,858 was the announced attendance. Newly acquired Thorn Lianne Sanderson, an English international, made her debut for the club, entering the match in the 60th minute.